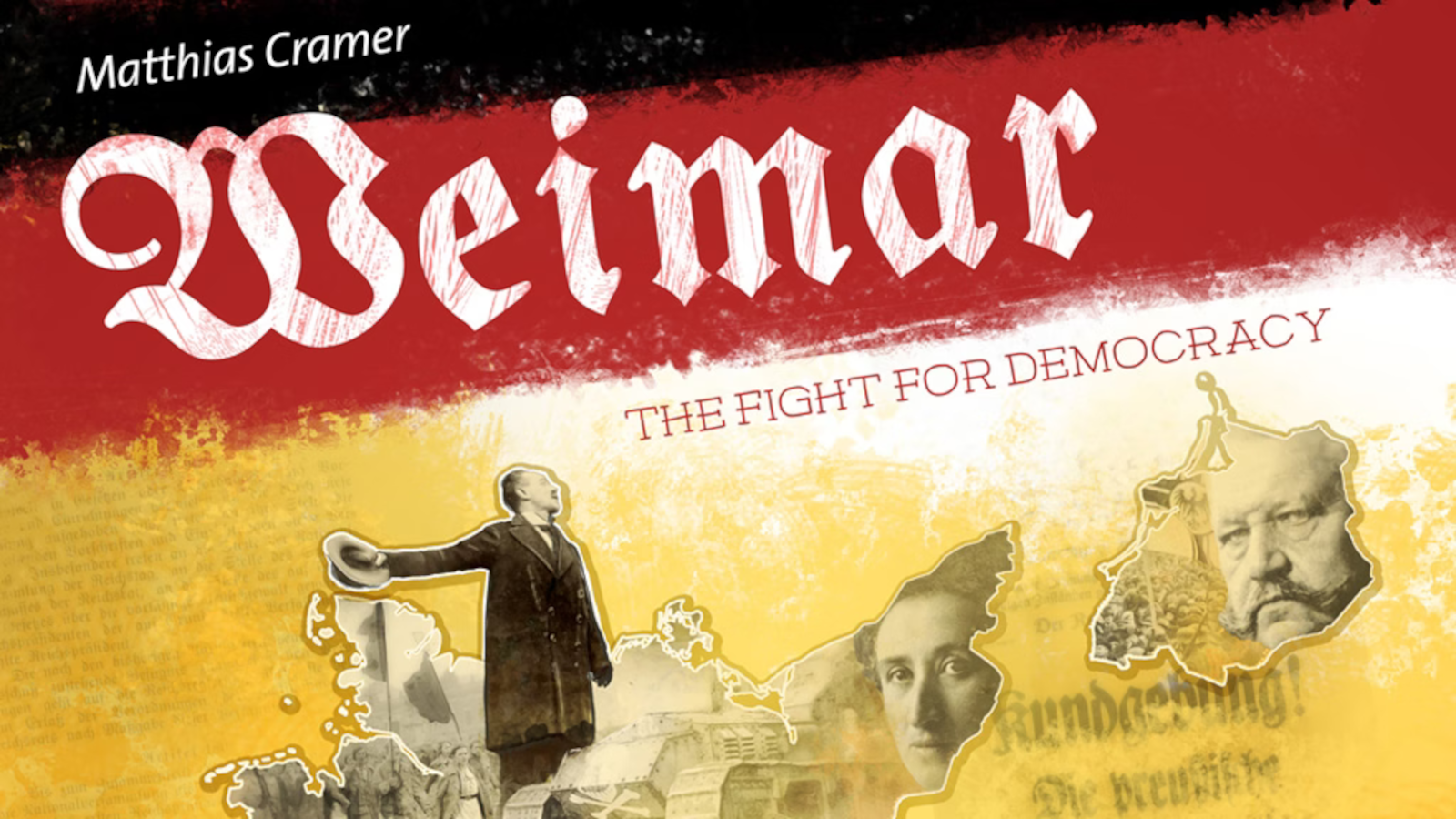 Capstone Games, the publisher behind the recent hit Ark Nova, has just announced their latest game coming to Kickstarter! Weimar: the Fight for Democracy is a heavy card driven game which positions four players as political parties struggling for total control. Weimar will initiate its Kickstaert campaign on the 6th of September! 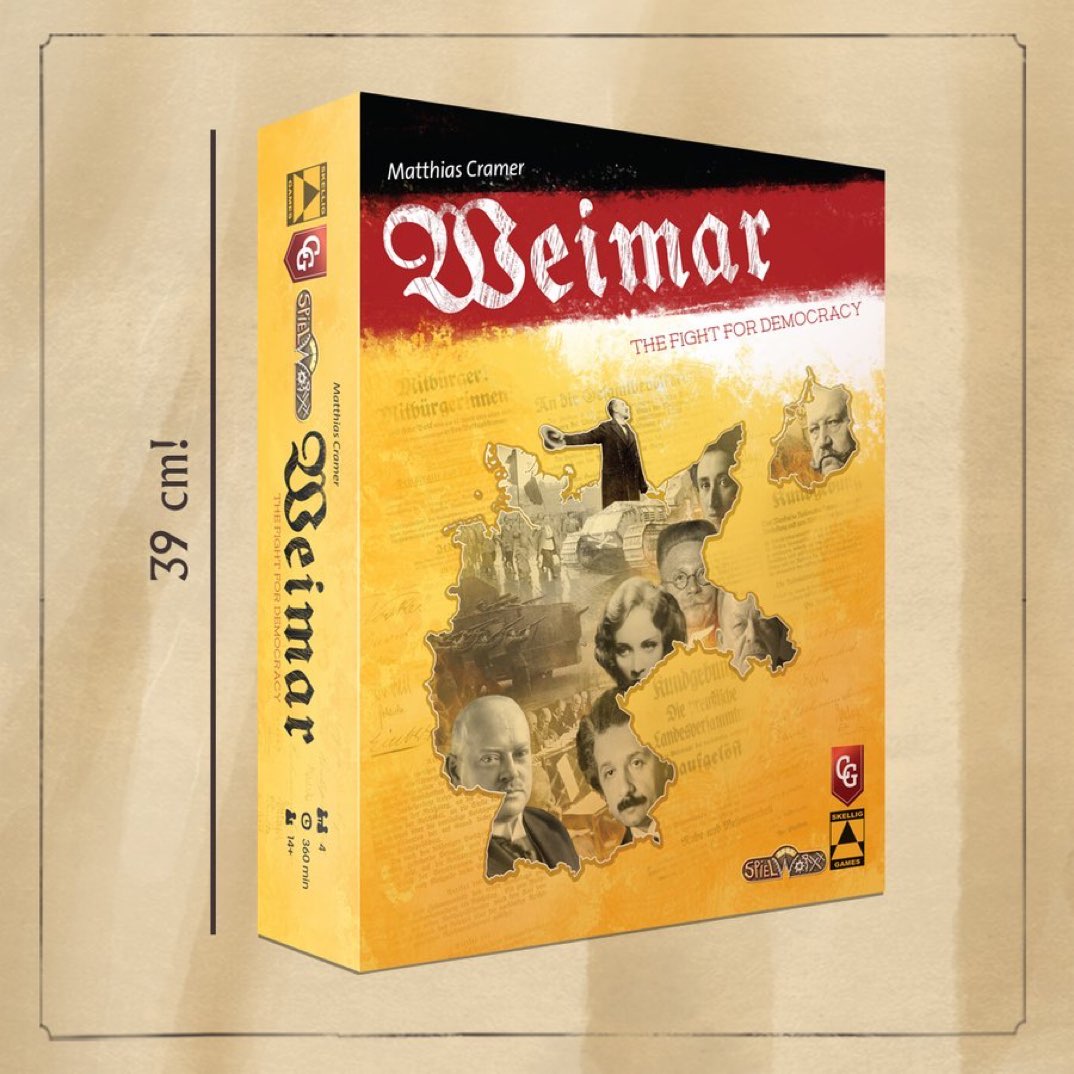 We are starting the Kickstarter campaign on 6th September. 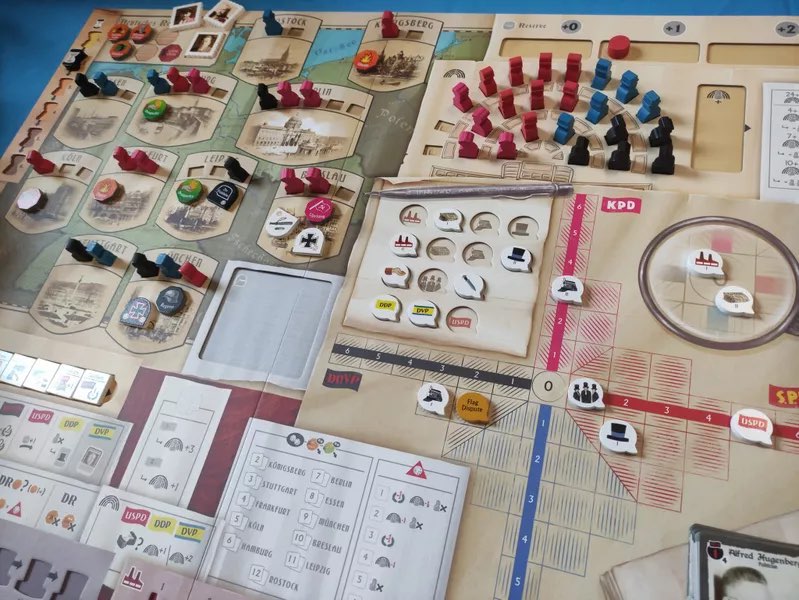 Weimar: The Fight for Democracy is a game about the major actors in the spectrum of the new Republic. The Social Democrats and the Conservatives are trying to defend the democracy. Communists and Nationalists are looking to overthrow the government and install their own regime. Will this infant Republic survive? Or will Germany — as in history — fall to the Nazis and become a lawless state? Or will there be a Union of Socialist German Republics? 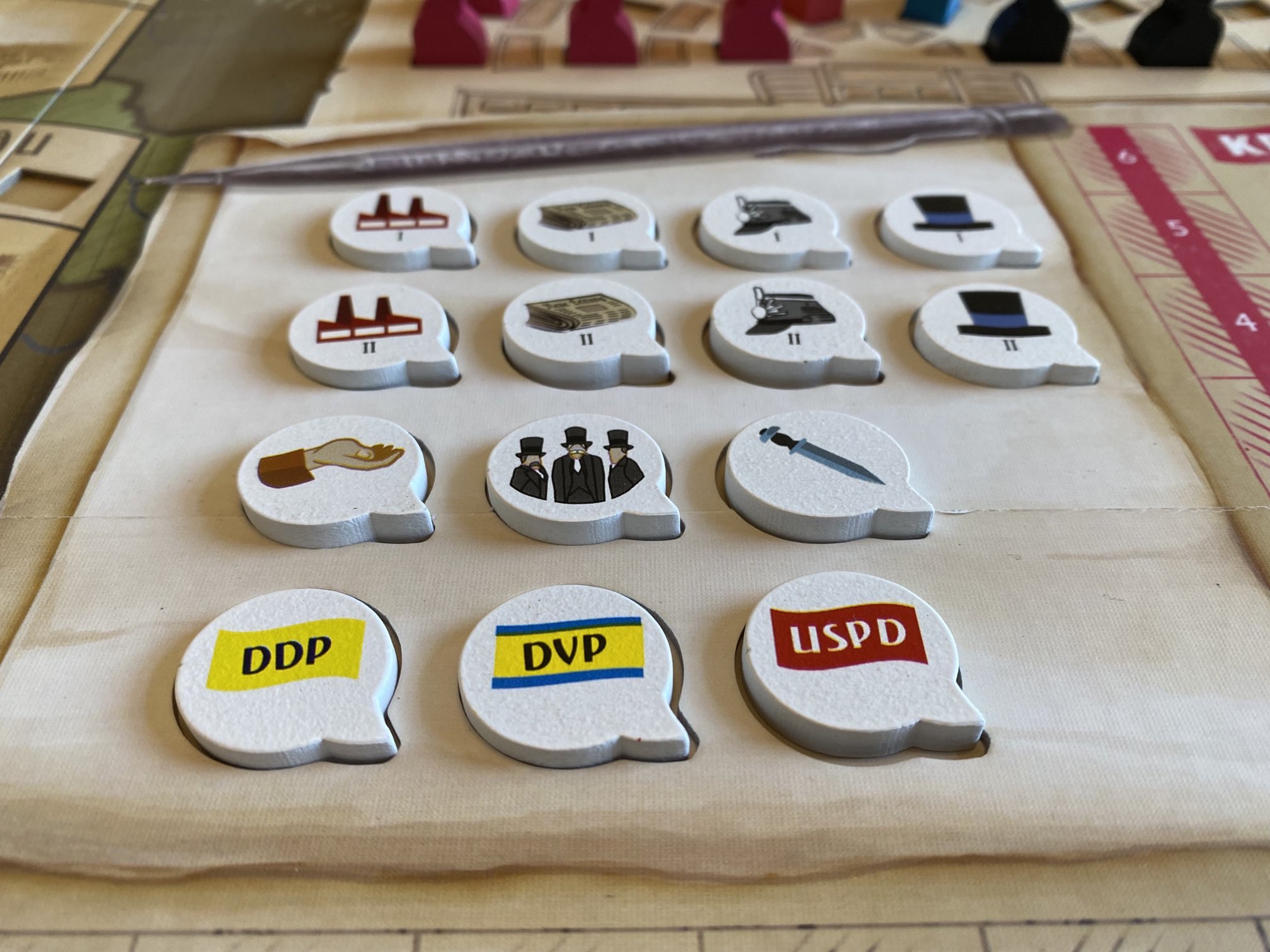 Weimar includes two major “battlefields”: In public opinion, the parties struggle to influence the important political issues like the economy, the media, or foreign affairs. Winning these issues scores points and allows them to take significant decisions. At the same time, the parties try to control the streets and position their followers in the major cities of Germany for demonstrations, street fights, and actions taken by the paramilitary organizations. 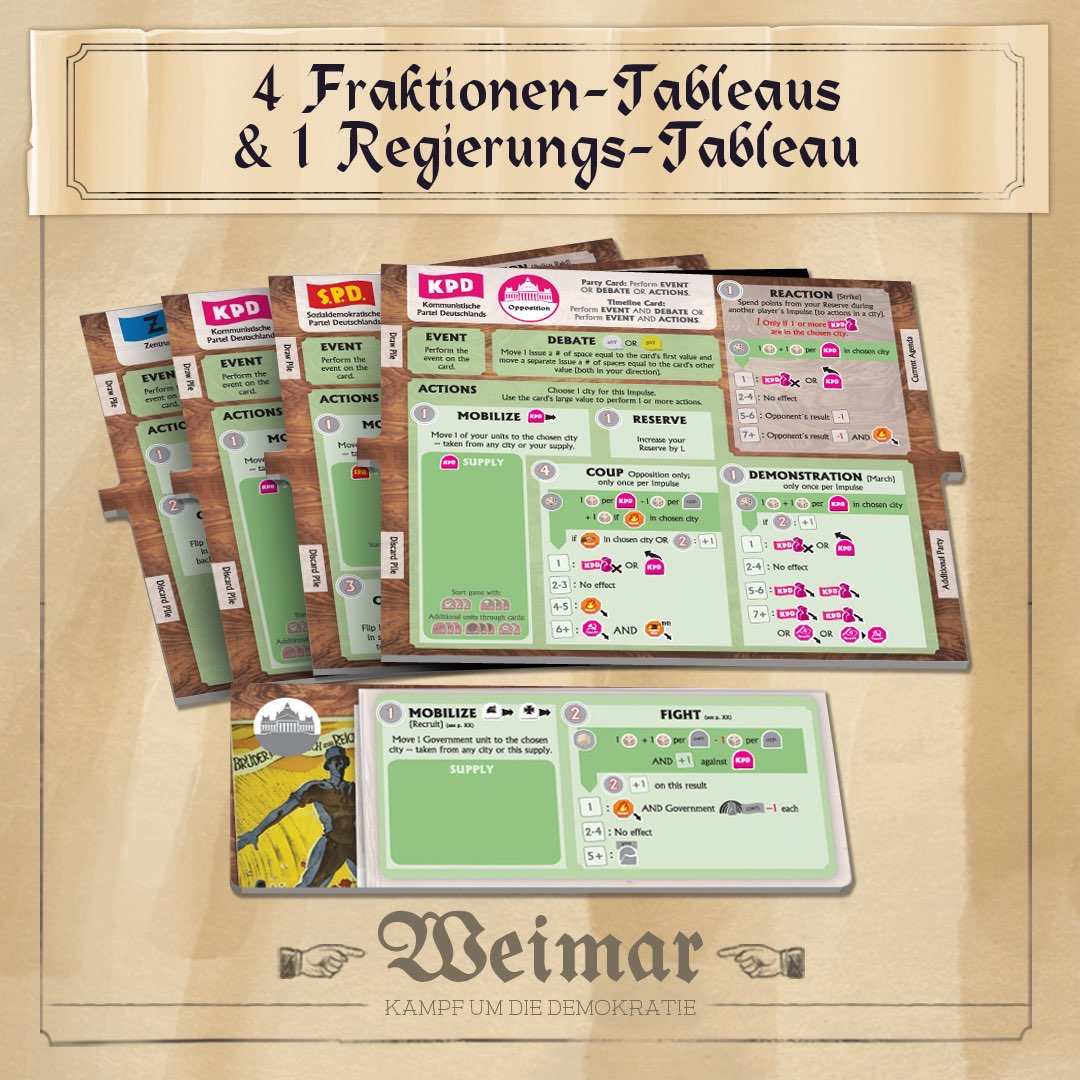 In each of the six game turns, the parties play one agenda that defines their strategy for the turn (e.g., modifying their twelve-card play deck, defining issues, getting advantages in the streets). The goals of the parties are asymmetrical and contradictory. While the democratic parties score for stabilizing the state and removing poverty, the non-democratic parties score for coups and unrest. 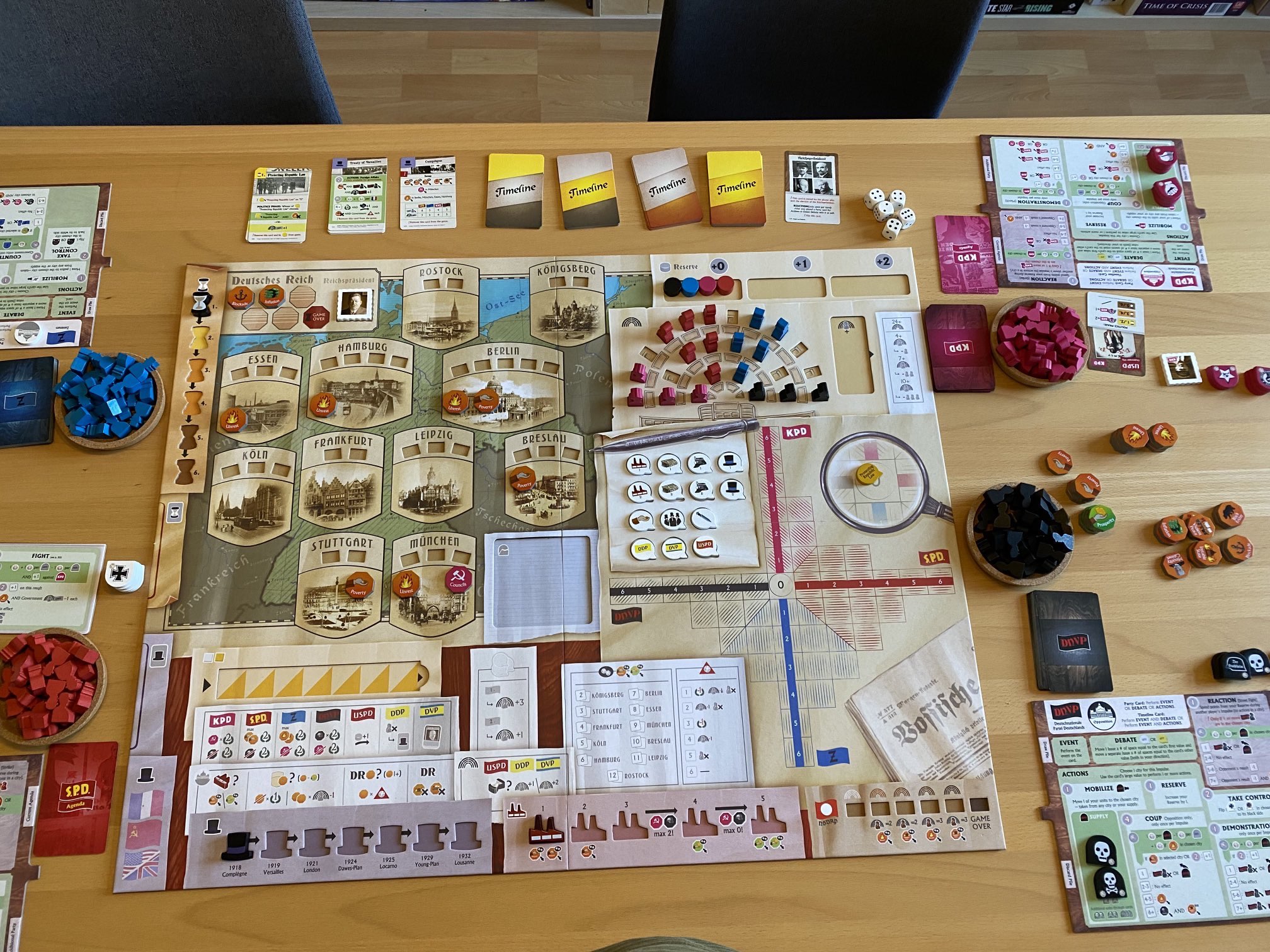