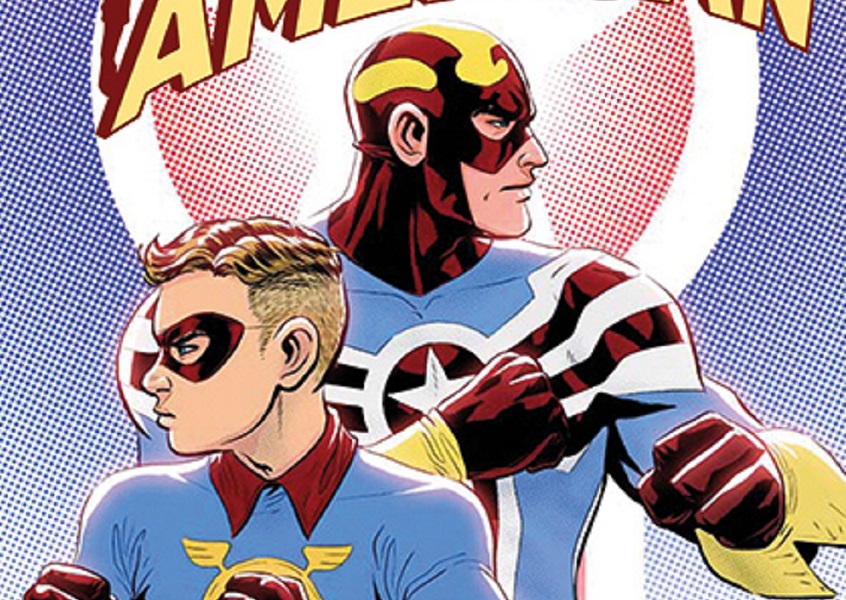 Revealed in the newest edition of January 2018 PREVIEWS, Titan Comics has announced three new number one series that will debut during March of this year. Sea of Thieves, Factory, and Fighting American: The Ties that Bind will release their first issues throughout the month of March.

From the March 2018 Titan solicitations:

Sea of Thieves – Follow two competing crew of pirates with this epic story based on the shared-world adventure, multiplayer game from Rare due for release in early 2018 on Xbox One and Windows 10! Two crews sail the Sea of Thieves in a race to track down an ancient treasure. Along the way they’ll deal with undead hordes, devious traps and their own bitter rivalries, but who will ultimately claim the legendary loot?

Factory – Mad Max meets Fallout in the nightmarish vision of life on a dystopian planet! From Alejandro Jodorowsky and Moebius collaborator – Yacine DzElgodz Elghorri. A band of mutants slog through the harsh deserts of a dystopian planet in search of the Factory – The last semblance of civilization left among the wasteland.

Fighting American: The Ties that Bind – The critically acclaimed series returns with a brand-new story featuring Fighting American and Speedboy! The villainous Madame Chaos is safely behind bards, but the chaos she’s unleashed is only just beginning. Faced with new and classic enemies, some old Flagg family secrets are revealed that could break our heroes all-American spirit!