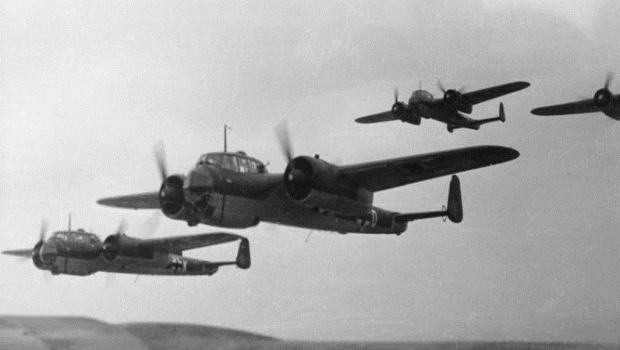 The team at Wargaming have been heavily involved in the recovery and display of the last-known surviving Dornier Do17 – a German World War II light bomber.  The twin-tail aircraft is currently being exhibited at the RAF museum in Cosford, Shropshire in the UK, but if you can’t make it all the way across the pond you now have an alternative – a freshly-released application appropriately titled “Apparition”.

Working with the Royal Air Force Museum, Wargaming set out in October of 2013 to recover the only known surviving Dornier Do17 aircraft. Success saw the opening of the “Wargaming.net Interpretation Zone” at the RAF Museum, where visitors can examine the aircraft undergoing renovation and learn more of its colorful history and important role during World War II.

The newly launched application, named Apparition, will take that interpretation to a new interactive level using augmented reality to view a virtual version of the aircraft flying over the museum, as well as other historical information.

To celebrate the launch of the Apparition application, both the RAF Museum and Wargaming encourage the public to be the first to view the Dornier 17 in their own part of the world. Scattered around the globe are hundreds of virtual locations where users of the application can view and take photos of their Dornier 17 and upload them online for a chance to have their photo be part of the next Wargaming.net Interpretation Zone, scheduled to launch at the RAF Museum London in 2014.

“As a global games company that specializes in distributing digital content to every corner of the world, we are delighted to partner with the Royal Air Force Museum,” said Tracy Spaight, Special Projects Director at Wargaming. “Taking the Dornier outside the museum walls and bringing it to people all over the world is truly taking this great experience and bringing the museum directly to people around the world.”

If you are an aircraft buff, this is a huge find and a very cool way to experience one of the most awesome WWII discoveries in some time.  Kudos to Wargaming for putting this together!   The app is available currently on iOS with an Android version coming ‘shortly’.