Today, Blowfish Studios and Drakkar Dev announced that they will bring their sci-fi mech action game War Tech Fighters to PlayStation 4, Xbox One, and Nintendo Switch on June 27. The game will include more than 30 missions as well as a console-exclusive Archangel War Tech special set available from the beginning of the game.

Lead a talented squadron of rogue pilots set adrift in space after the ruthless Zatros empire conquered colonies of Hebos and Ares. Armed with giant fighting robots, called War Techs, Captain Nathan Romanis and company traverse the galaxy across more than 30 missions to liberate their people and exact vengeance on their evil oppressors once and for all.

War Techs come equipped for both close combat and long-range engagements. Utilize a variety of bullet, laser, and magnetic weapons to deal damage to Zatronian forces and their army of War Techs from a distance. Then, when the situation calls for it, get up close and personal to pull off brutal and stylish execution moves with the mechs’ devastating sword weapons.

War Techs are highly-customizable machines that span three distinct core body classes and sport more than 180 upgradeable systems and parts. Use the fast and light Hawk class to fly circles around enemies, get in the enemy’s face with the slow and heavy Rhino-class mecha, or opt for a more balanced approach with flexible Lynx-class War Techs. 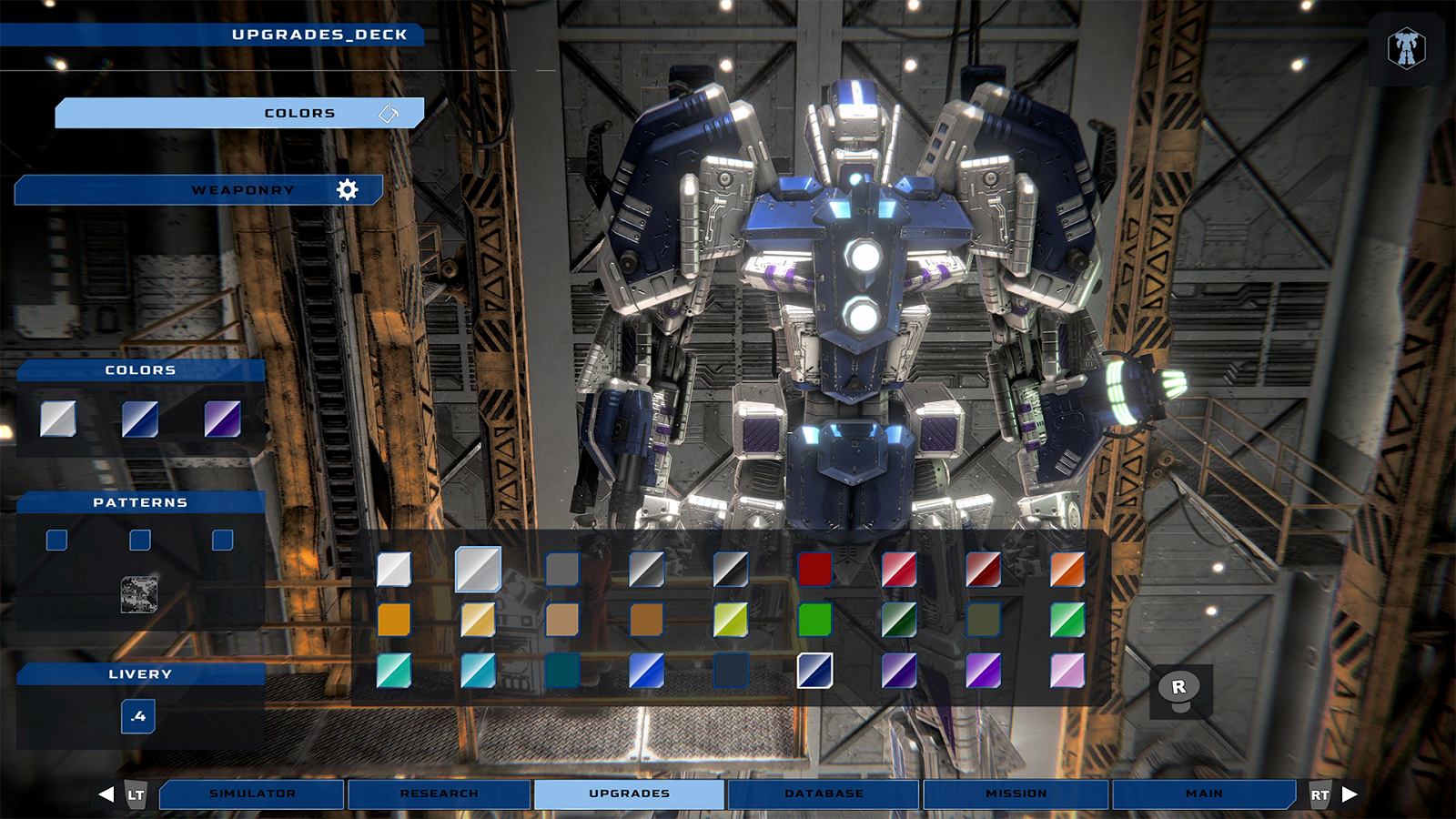 The console version of War Tech Fighters exclusively features the powerful Archangel War Tech special set with the Glory Sword, Redemption Halberd, and Faith Shield, all available from the beginning of the game. Style also matters, as pilots can customize their War Tech with thousands of paint and livery options while scavenging parts hidden throughout the galaxy.

“War Tech Fighters is a heart-pounding mech action experience steeped in science fiction,” said Ben Lee, CEO, Blowfish Studios. “We’re proud to have partnered with Drakkar Dev to bring the game to consoles and hope everyone is looking forward to blasting off into outer space and battling armies of massive fighting robots when War Tech Fighters launches on June 27.”