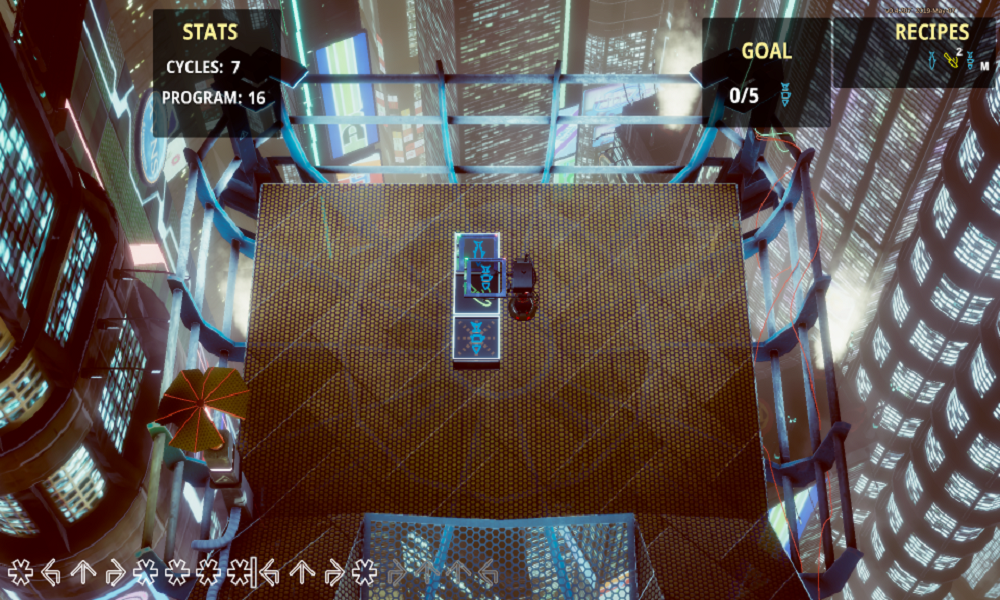 Today, Vivid Helix announced that its newest puzzle game Neon Noodles will be released on PC via Steam Early Access on November 29, with a full release and console versions coming next year. The game will task players with controlling a robot in a cyberpunk setting and programming them to make delicious recipes even the most jaded agent will enjoy.

From the developer of the award-winning puzzler Semispheres, comes Neon Noodles, an award-winning futuristic puzzle programming game, whereby the player creates an automation machine that creates food dishes. Inspired by the open-ended machine building puzzle games of Zachtronics such as Opus Magnum, players use a combination of robots, ingredient stations, process stations, and programming commands to create a well oiled machine that churns out dish after dish. Puzzles have multiple solutions as players customize their process to be as complicated or streamlined as they want. 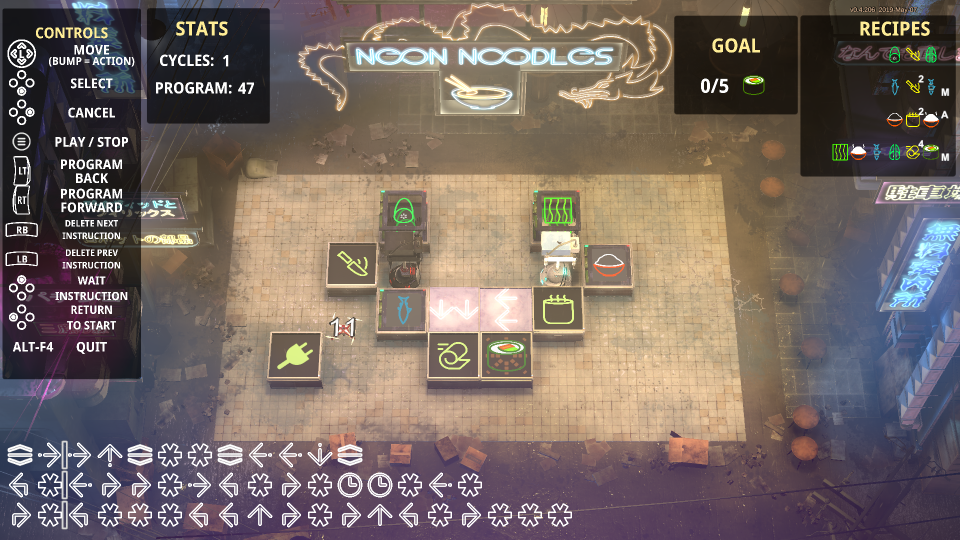 Program your robots to make ramen, guacamole, bibimbap, spaetzle, paella, and all manner of delectable Japanese cuisine! Neon Noodles features over 100 recipes consisting of 200 ingredients. Craft your kitchen’s code through a very intuitive record-and-replay system where you control the robot that creates the program, then edit it later if needed. Travel the world and master the art of cooking through technological advancement in a cyberpunk setting filled with mysteries.

“I’ve always been a big fan of puzzle games, cooking, and cyberpunk, so it seemed like a natural fit to combine all three,” said Vivid Helix founder, programmer, game designer, and head chef Radu Muresan. “Besides, automating a kitchen to make me unlimited noodles is kind of my dream. So if you’re reading this, prospective restaurateurs, now you have your blueprint for how to do this. You can pay me later!”