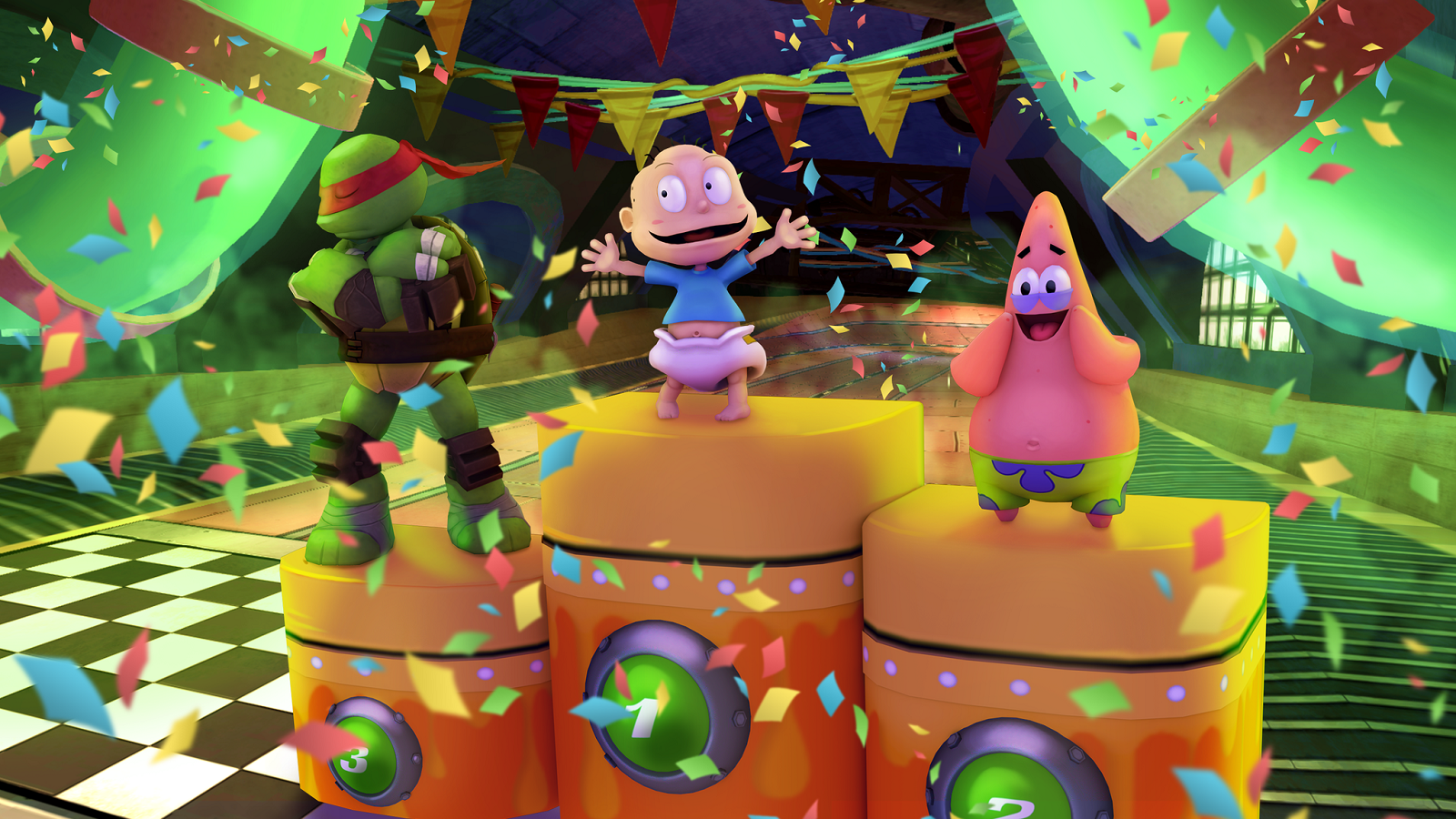 Move over Garfield Kart, we’ve got another contender for best licensed kart racer as GameMill Entertainment has announced that Nickelodeon Kart Racers will head to stores on all major consoles this holiday season. The game will feature 24 different tracks and a vast selection of characters from popular Nickelodeon shows like Spongebob Squarepants and Hey Arnold!

Nickelodeon Kart Racers allows players to compete as their favorite Nick character in four-player local multiplayer or battle mode to win cups and Kart upgrades. The brand new game is rated E for Everyone and will be available on all major consoles worldwide for holiday 2018.

“We are thrilled to be partnering with Nickelodeon to bring all of these amazing characters into one fun, competitive video game for fans of all ages to enjoy,” shares Mark Meadows, Partner of GameMill Entertainment. “Nickelodeon has created characters and stories that are loved around the world and we specialize in transforming treasured characters and stories into playable entertainment for the die-hard fans and casual gamers alike.”