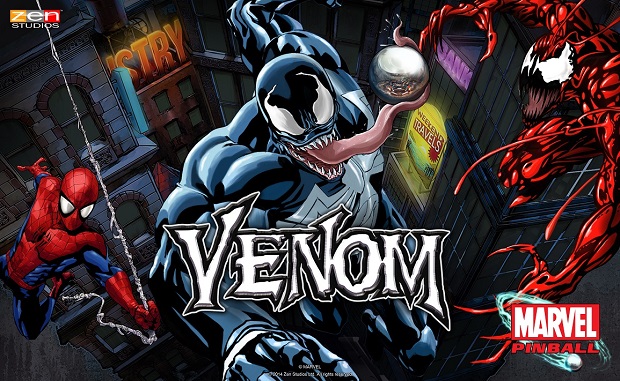 A table based on the Marvel villain Venom will be released for Zen Studios Pinball platforms on December 8th.

The table will allow players to experience a mini-game based on Carnage’s origins, as well as a segment based on Spider-Man’s Symbiote exploits. Check out some screens of the table below.

Recently, a table based on South Park was released for Zen Pinball 2. For more on that, check out the Gaming Trend review.