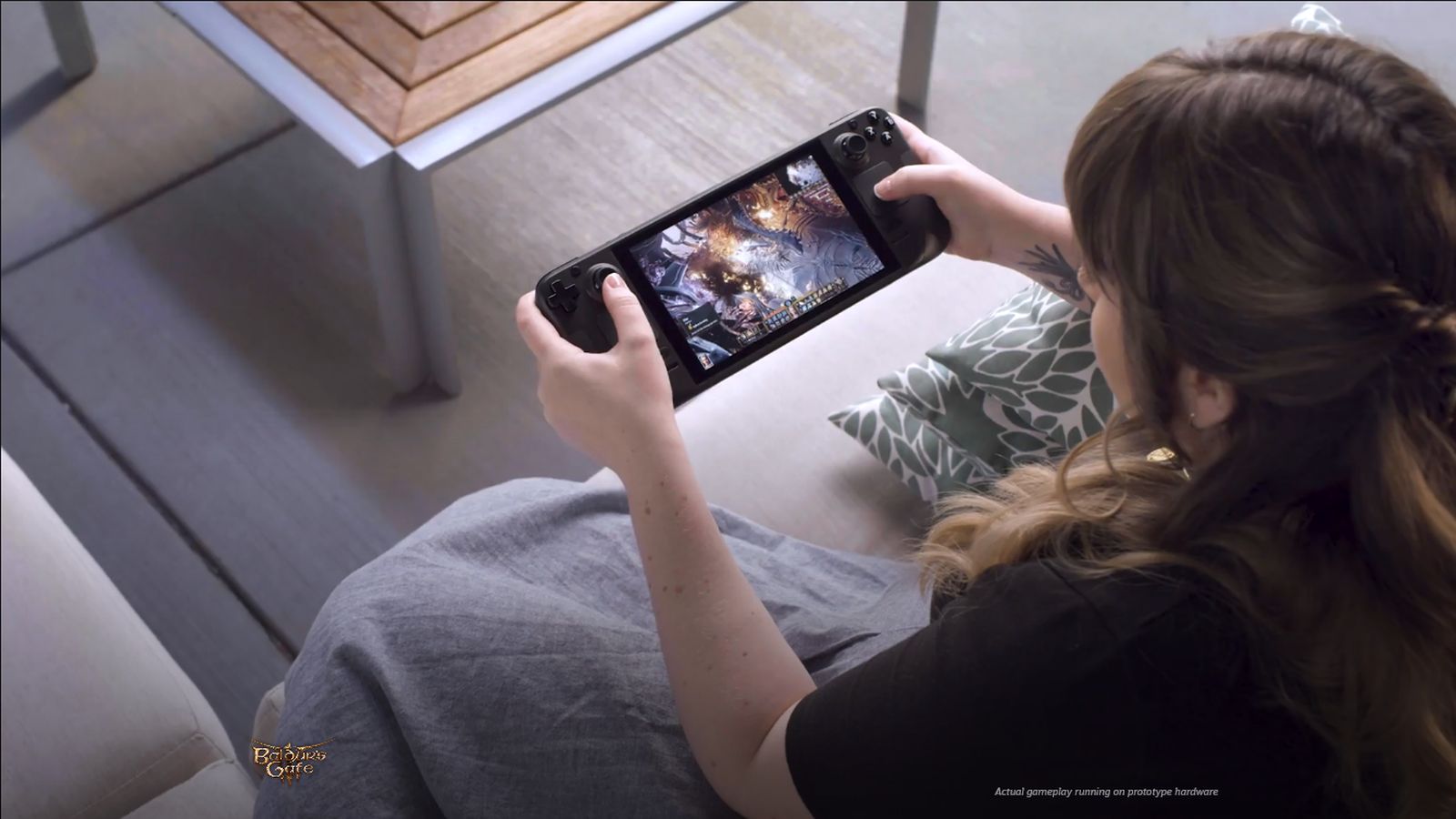 Today, in a surprise announcement, Valve announced their new powerful handheld PC, the Steam Deck that is capable of running the “latest AAA games.”

The Steam Deck starts selling at $399.99, with a mid-tier model selling for $529.00 and the high-tier selling for $649.00. The base model comes with a carrying case as well as 64 GB of eMMC storage. The next two upgrades have NVMe SSDs with 256 GB and 512 GB of storage respectively. Additionally, the most expensive model comes equipped with “premium anti-glare etched glass” as well as some software goodies. 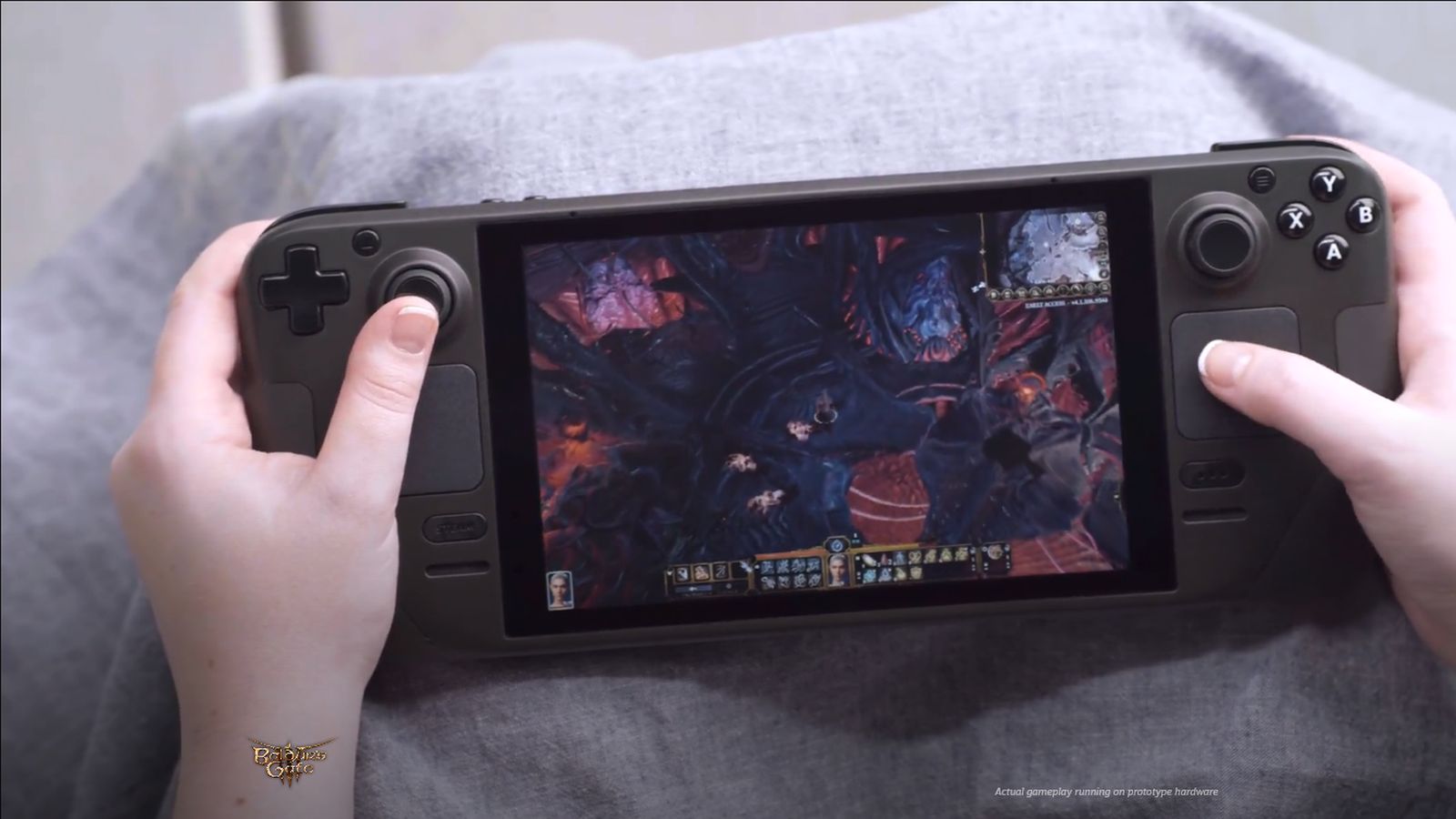 The Steam Deck comes equipped with a microSD slot, so its storage can be expanded on no matter the model.

The handheld computer runs on a new version of SteamOS and will allow users to sign in with their Steam accounts and immediately access their existing libraries to start downloading and playing games.

Valve partnered with AMD to create the custom APU the Steam Deck uses. The APU’s specs are listed below:

The Steam Deck’s screen resolution is 1280x800px and has a refresh rate of 60 Hz. The battery life is expected to be anywhere from two to eight hours depending on the games being played.

A dock allowing for connection to external displays, wired networking, USB peripherals and power will be made available for purchase with more information coming soon, but the specs are listed below:

Valve also says that a powered USB-C hub would work as well without having to purchase their dock. 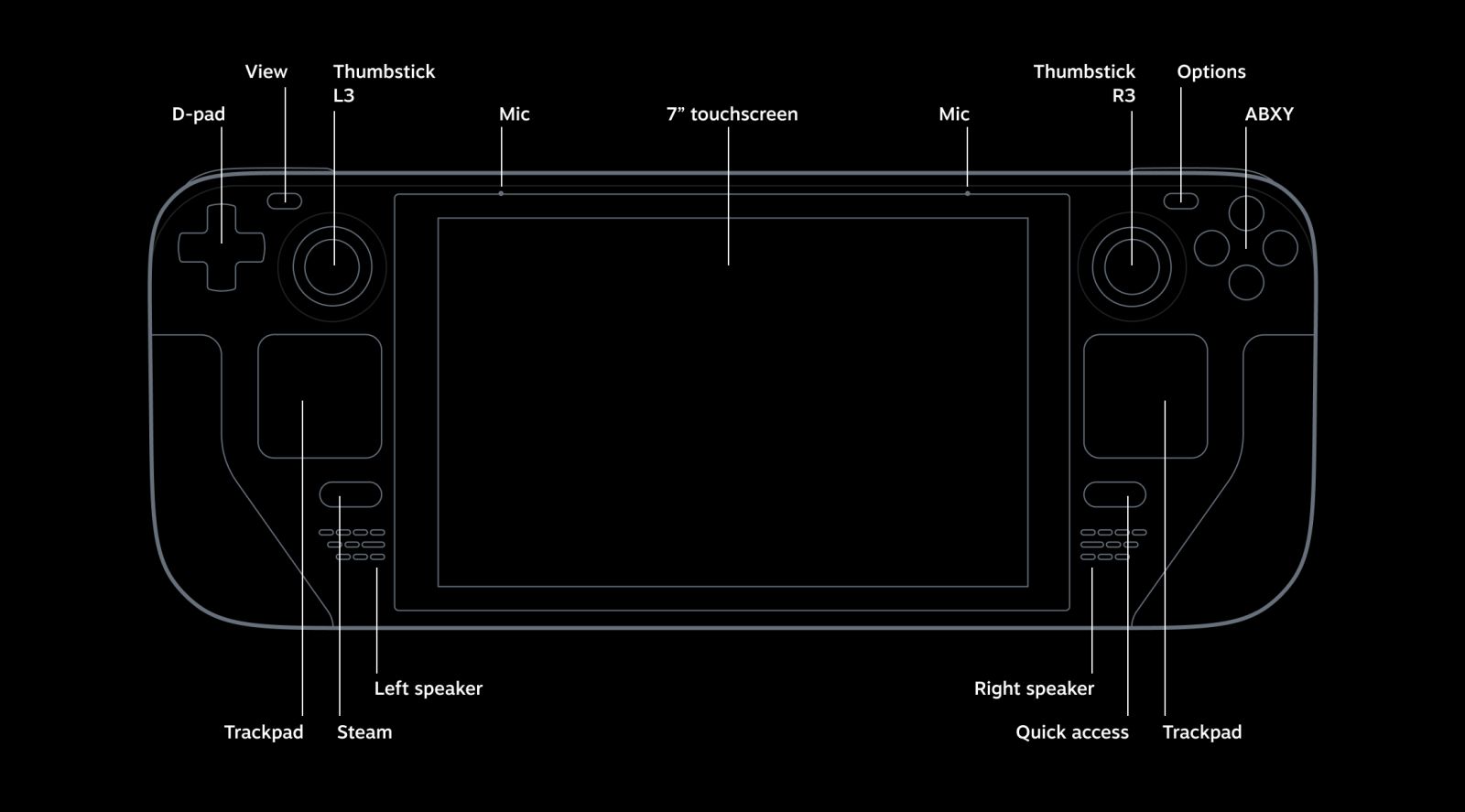 The Steam Deck has a similar form factor to that of the Switch, only it is a little longer. Featuring a 7″ touchscreen, two thumbsticks, ABXY buttons, two touchpads, a D-pad, left and right triggers and bumpers as well as four assignable grip buttons, the Steam Deck covers all bases when it comes to user input.

Steam Deck is available to reserve Friday July 16th, 10 a.m. PDT, and will begin shipping in December 2021… When inventory is available, customers will be notified in the order reservations were made to make their purchase.

Stay tuned to Gaming Trend for more news on the Steam Deck as it develops and for all your gaming news needs.