Today, We Ride Games announced that the Kickstarter campaign for its upcoming card game Knights of the Hound Table is available now until October 18. While the game has reached its funding goal of $3100, the developers have added a few stretch goals that will entice prospective backers to pledge in this card drafting game.

On the day of battle between House Red and Blue, it happened. The Great Distraction. Some say it was a mailman, others a firetruck. Now, not a single dog remembers what house they’re from. It’s up to you to draft your team of hounds and claim Boneshire! 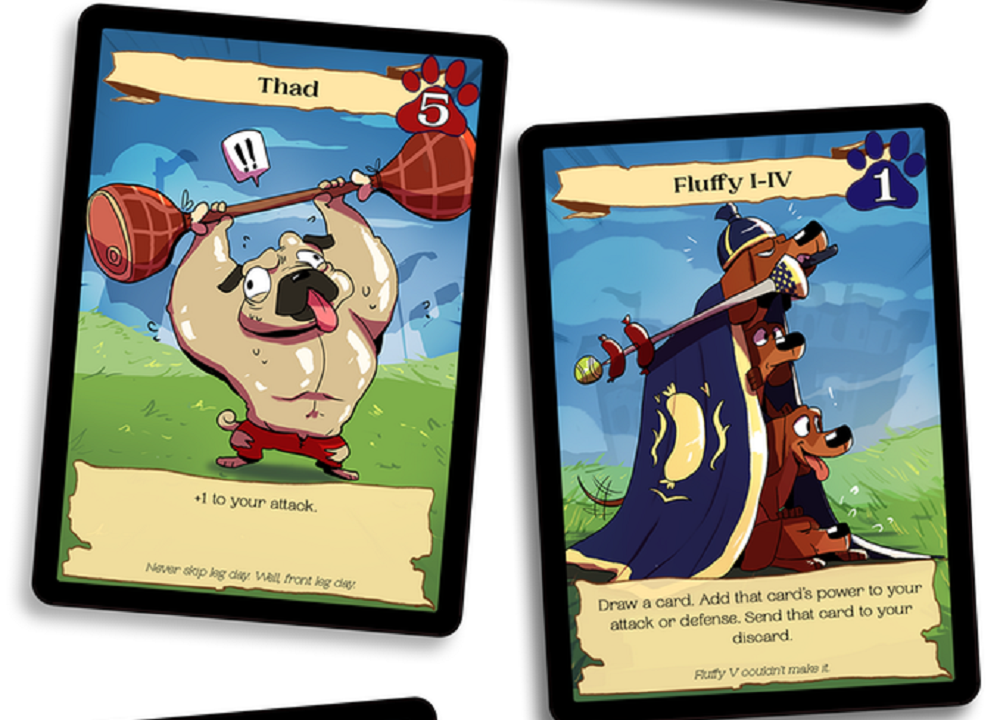 Knights of the Hound Table invites up two four players to draft their dogs in order to be victorious. While one set can only accommodate two players, a backer pledge of $40 is enough to secure two decks for a three to four player variant. The game is currently available to back at the $24 tier, with the game planning to be shipped this February. Check out the video above, and stay tuned for more news here on Gaming Trend.