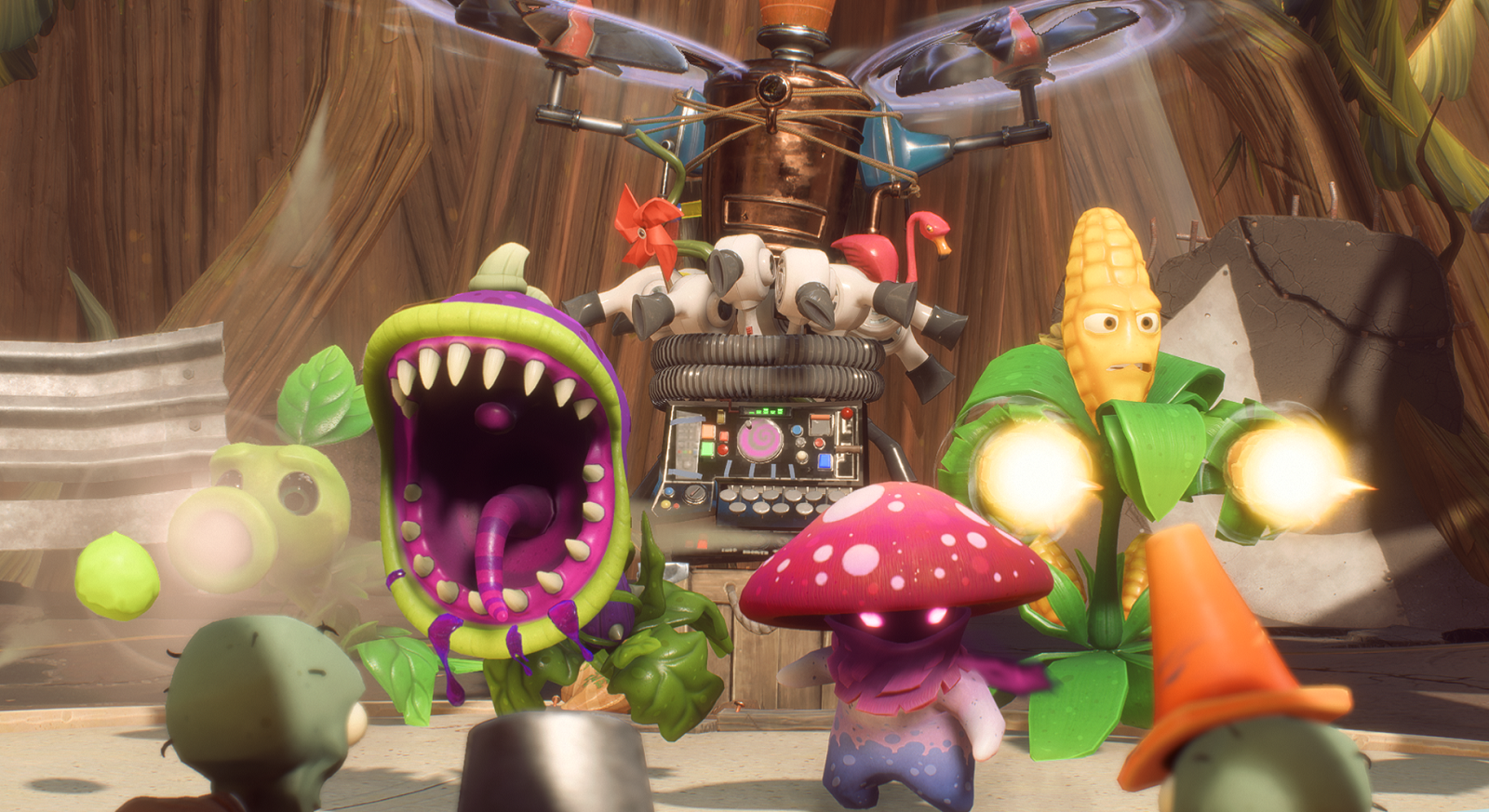 As part of the week 3 update for Plants vs Zombies: Battle for Neighborville, mixed modes arrive in multiplayer including Gnome Bomb, which includes the capture gameplay of Suburbination and orb collection of Vanquish Confirmed. In addition, Garden & Graveyard Ops has been added as PvE modes.

Today 1 in 3 players have used split-screen in the free-roam regions and continue to enjoy the benefits of becoming a Founding Member as they experience new parts of the game each week in the run up to launch on October 18. Players have continued to traverse the free-roam regions such as the zombie turf of the Weirding Woods – either solo or with friends over split-screen (PS4/XB1) and online co-op. Eye-popping multiplayer matches also took place in the classic Team Vanquish multiplayer mode as plant and zombie teams battled it out for the most vanquishes.

With less than two weeks left, fans can still purchase and download the Founder’s Edition at the special Founder’s price of $29.99 until September 30 compared to the Standard Edition price of $39.99 at launch. Founding Neighbors can continue to play final content early as new parts of the game go live and all game progression will carry over to the full Standard Edition, which they receive at no additional cost, when it launches on October 18. The Founder’s Edition is also included with Origin Access Premier. 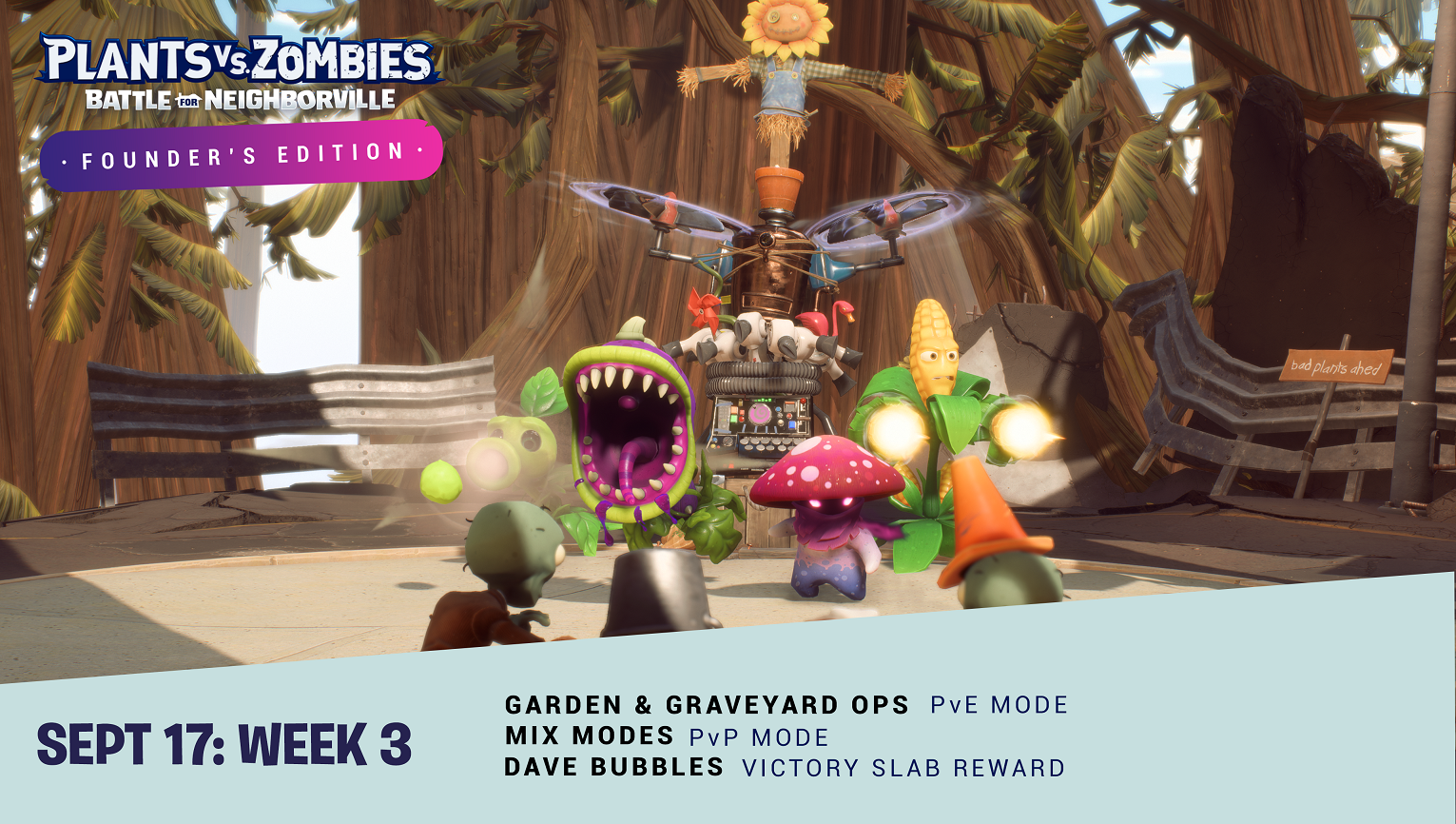 Plants vs. Zombies: Battle for Neighborville Founder’s Edition is currently available on PC via Origin, PlayStation 4 and Xbox One for $39.99. When the game is officially released on October 18th, it will be $49.99. For more information, visit the official website.