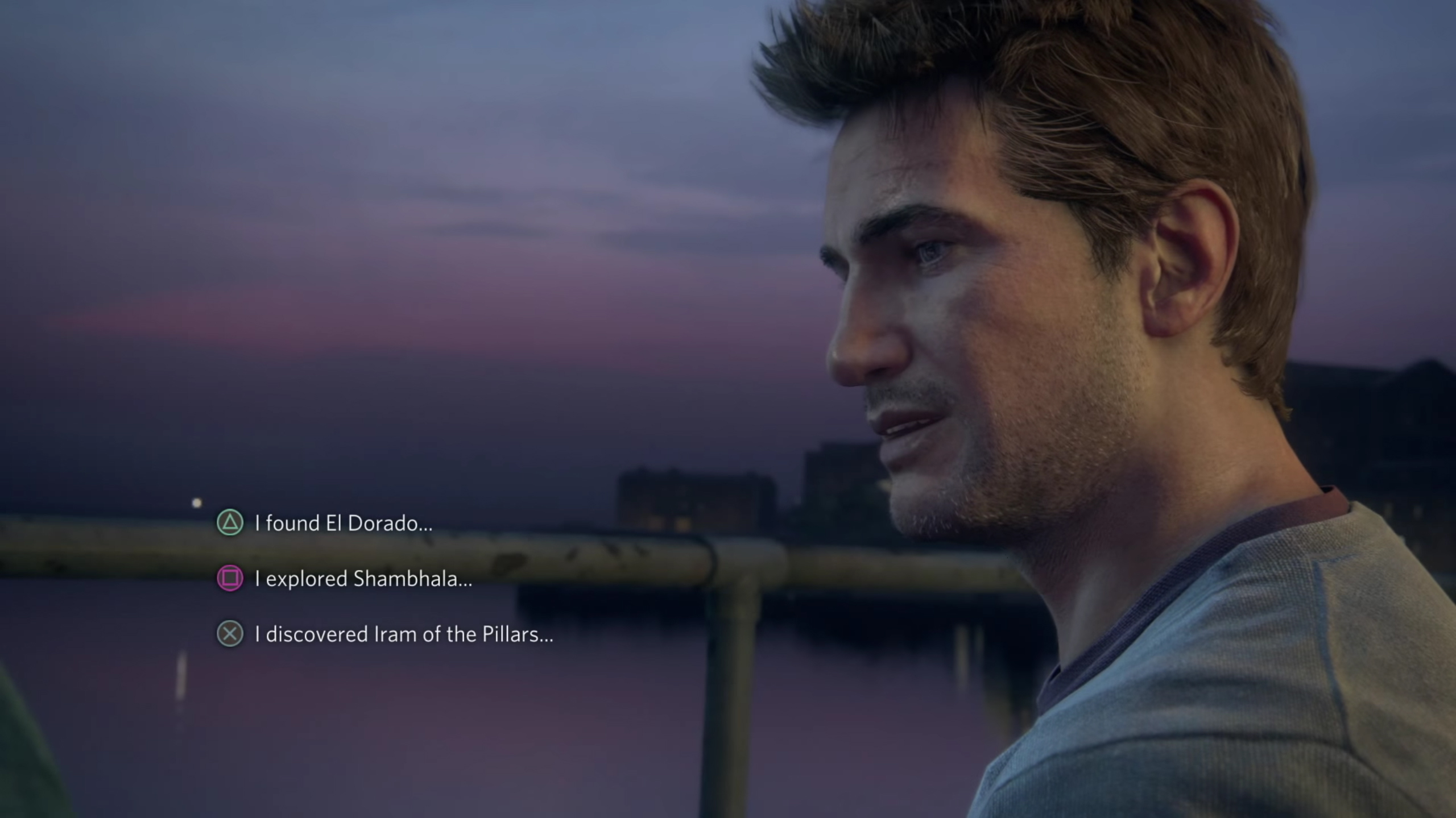 Despite revealing that Uncharted 4: A Thief’s End will feature dialogue options, Naughty Dog is assuring fans that the game has a “very specific story” and won’t have branching endings.

News of this comes from Naughty Dog’s Neil Druckmann, who told Eurogamer that while players will have opportunities to pick what protagonist Nathan Drake will say during select sequences, the studio’s intention with Uncharted 4 is not to make something that will be altogether different based on player choice.

“The thing I want to make sure we’re clear about is that we’re not making Mass Effect,” Druckmann began. “Uncharted has a very specific story, it has a very specific ending that’s very definitive to the franchise. But every once in a while we felt a dialogue tree would really bring you more into the scene.

“And there’s something about Sam asking Nate about his old adventures that’s like, it would be kind of fun to have Nate – and therefore the player – pick which story they want to tell first. And there’s a few other instances like that where it felt like a dialogue tree was just going to get you more into the scene and make it more interactive.”

Uncharted 4: A Thief’s End is coming to PlayStation 4 on April 26th, and is the final game that Naughty Dog will develop in the series. What that means for protagonist Nathan Drake is unknown at this point, but Naughty Dog has said that a fifth game featuring him would “really hard” to realize.