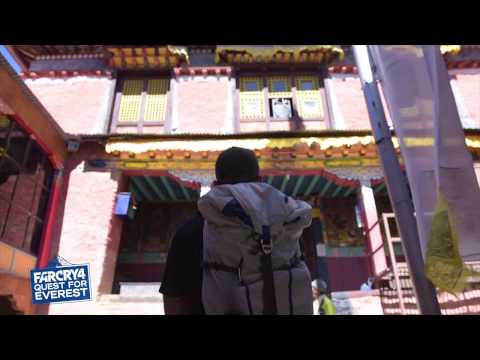 In anticipation of Far Cry 4’s upcoming release, Ubisoft has released the second installment of Quest for Everest, a short miniseries detailing Will Cruz’s trip to the Mount Everest Base Camp. Cruz was the winner of Ubisoft’s Quest for Everest Contest.

In this installment, Cruz explores the towns of Namche, Khunde and Pangoboche. He is immersed in Nepalese culture and even receives a blessing from the locals. Filled with beautiful shots of the landscape and the culture of the villages, this is a beautiful snapshot of the area and a nice preview of the visuals to come in Far Cry 4.

Far Cry 4 will release for both last and current gen consoles, as well as PC, on November 18. If you’d like to learn more about the game, check out our own preview of the game.