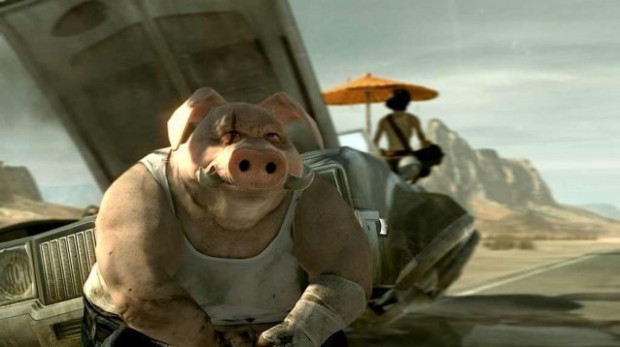 Ubisoft kicks off their E3 lineup – “A Glimpse of the Future”

E3 is heating up, and Ubisoft is getting ready to blow our minds with follow-ups to our favorite franchises, as well as brand new IPs. Today we’ve got the announcement of their E3 lineup (but you KNOW they’ll have more up their sleeve – this is Ubisoft after all) We also see the return of the awesome Aisha Tyler as host! Let’s get to the details:

Today, Ubisoft revealed that its lineup of games for the 2014 Electronic Entertainment Expo (E3) includes Assassin’s Creed® Unity, Far Cry® 4, Tom Clancy’s The Division™, The Crew™, Valiant Hearts The Great War™, and more. Ubisoft will host a media briefing to deliver new content from its upcoming titles, and also will provide a hands-on experience at its booth for E3 attendees and via the company’s Uplay® lounge for Uplay members.

Ubisoft’s E3 media briefing, held at the Orpheum Theatre in downtown Los Angeles, starts at 3 p.m. PDT on June 9 and will be hosted by actress and comedian Aisha Tyler. The briefing will be broadcast live and on demand on Ubisoft’s YouTube channel (https://www.youtube.com/watch?v=Lcu6PBvshoM) and Twitch channel (http://www.twitch.tv/ubisoft). A pre-show – starting at 2:45 p.m. PDT – will look back at past E3s and a post-show hosted by Tyler will welcome back key speakers to answer questions from fans. All videos and trailers from the event will be available on YouTube following the briefing at http://www.youtube.com/user/ubisoft. Press partners are welcome to embed the links in their websites.

Starting June 10, E3 attendees can visit Ubisoft’s booth,– #1023, situated in the South Hall at the Los Angeles Convention Center — to discover the company’s highly-anticipated games, including:

Finally, the Uplay lounge is back and is being expanded to enable more Uplay members to experience E3 firsthand. More than a thousand members will be able to, for example, enjoy a hands-on experience of Ubisoft’s E3 line-up and other titles or talk to Ubisoft’s development teams about their favorite games. The Uplay lounge will be located at The Standard Hotel in downtown Los Angeles. For those not able to be in Los Angeles, a version of the lounge experience will be available via uplaylounge.com, an immersive website that will feature exclusive content, live streaming on Twitch — including online chats with Ubisoft’s development teams — and more. Fans can register and begin submitting their questions to the teams here

“2014 is the most exciting year the gaming industry has seen in a while. At E3, we can’t wait to share our future of gaming,” said Yves Guillemot, co-founder and CEO, Ubisoft

“Ubisoft teams have fully embraced this new generation and will demonstrate how they are bringing breakthrough innovations to our beloved franchises and beyond in order to offer players the most original and memorable gaming experiences.”

So what do we expect to see out of Ubisoft for that “and more” comment? Well, I’m hopeful for a Gen 7 (next gen? whatever) Splinter Cell, Rocksmith 2015, and please, please, please bring us Beyond Good & Evil 2!