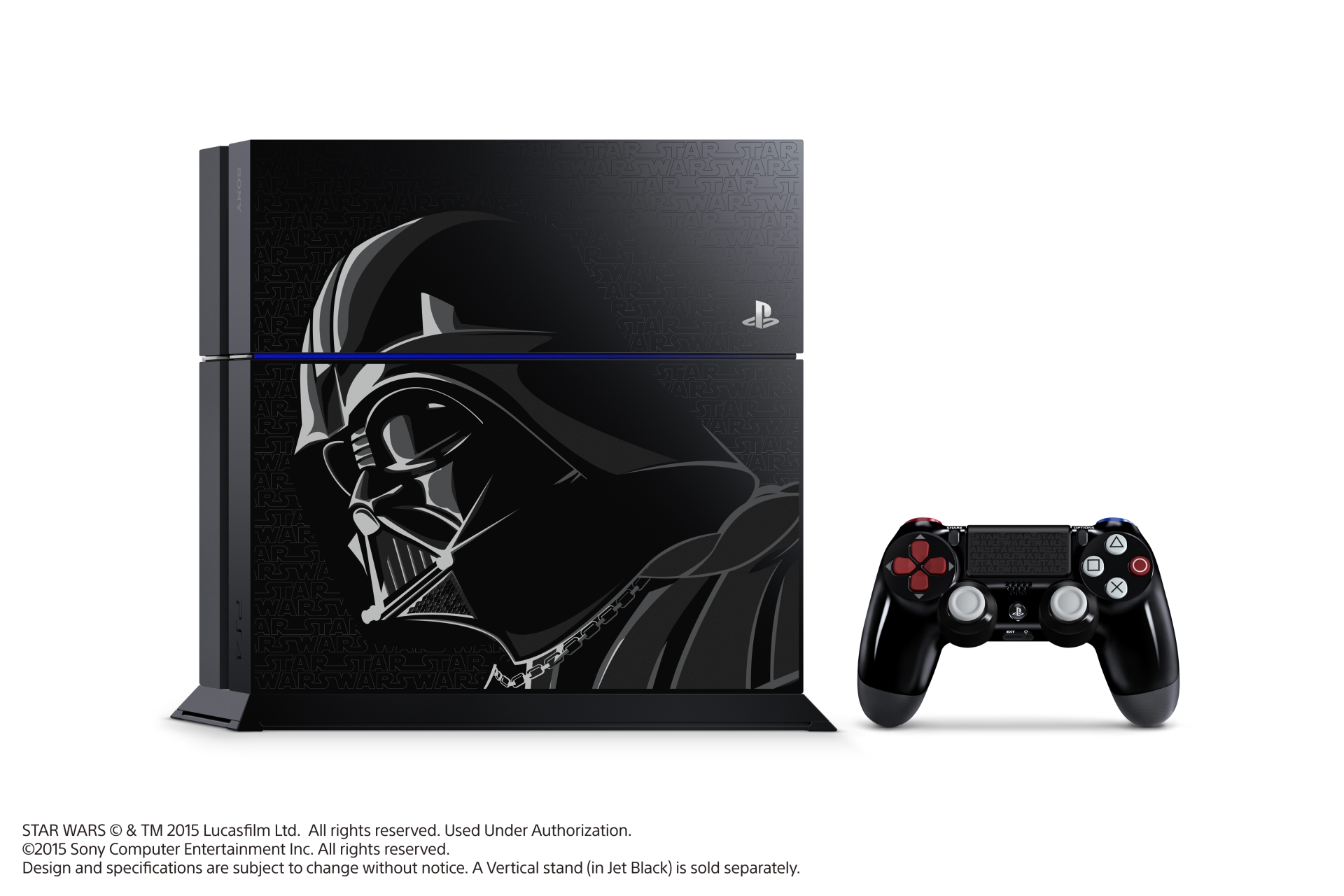 The second bundle is in conjunction with Disney Inifinity 3.0 and will be available exclusively at Wal-mart.  The bundle will include the same limited PlayStation 4 and Dualshock 4 mentioned above, the same four games, as well as a copy of the Disney Infinity 3.0: Star Wars Edition PlayStation Exclusive Hardware Bundle Kit.  “The kit includes a physical copy of Disney Infinity 3.0 Edition, the Disney Infinity Base, the Rise Against the Empire Play Set Pack (featuring Luke Skywalker and Leia Organa figures, as well the Rise Against the Empire Play Set piece), and the Boba Fett figure,” Boyes writes in a post on the PlayStation blog.

Both limited edition bundles will be available November 17, 2015 — the date both Battlefront and Disney Infinity 3.0 are released.