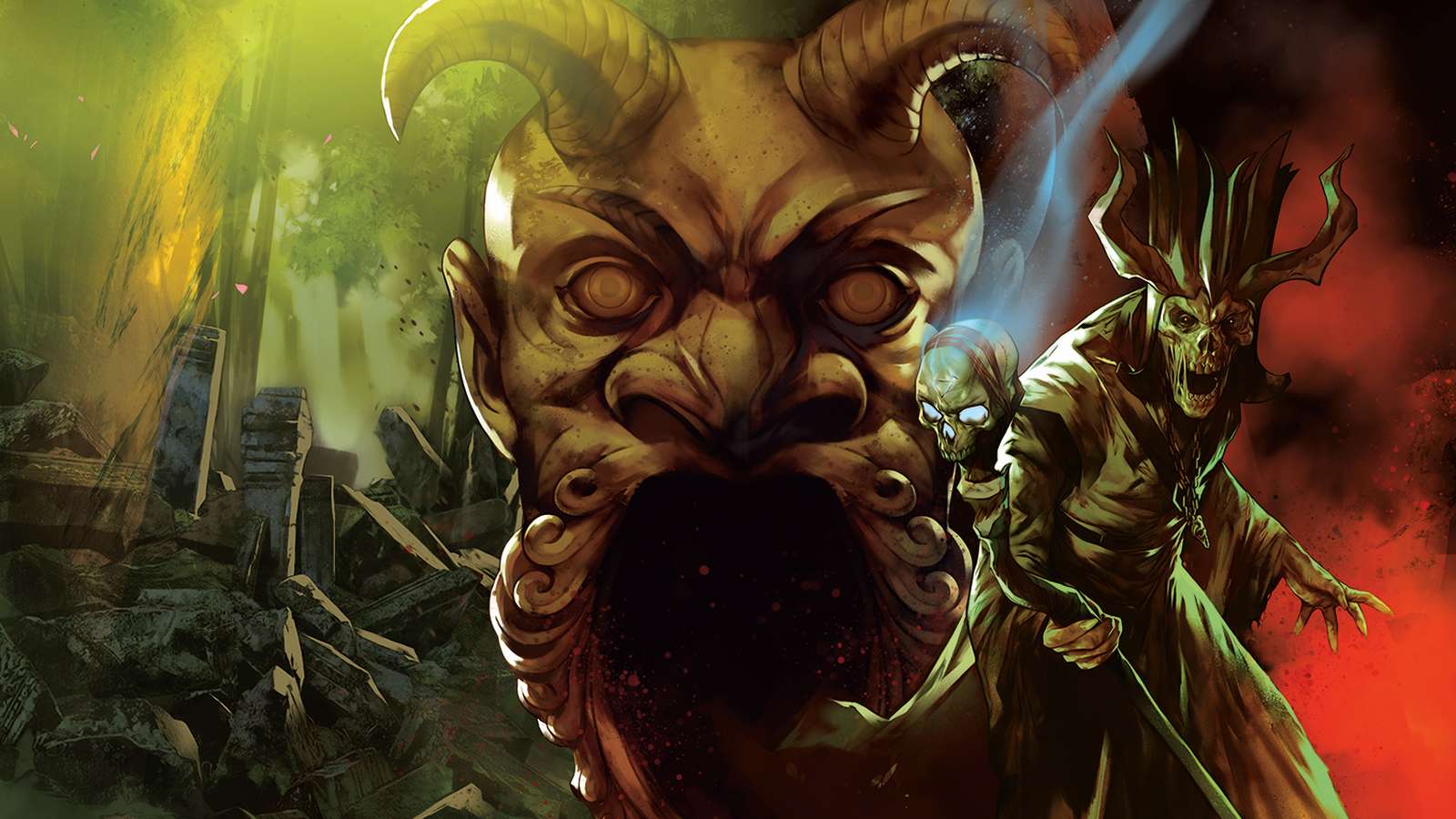 It’s not uncommon for Dungeons & Dragons players to joke about Dungeon Masters whose sole purpose was to kill their characters as quickly as possible.  Some DMs seem to enjoy to do nothing more than beat down the players.  It sounds like Wizards is officially getting into this act though, as they have announced one of their toughest campaigns, Tomb of Annihilation.

This past weekend at the Stream of Annihilation broadcast on Twitch, Wizards of the Coast brought the D&D community together to announce Tomb of Annihilation, the new storyline for Dungeons & Dragons coming Fall 2017. Get a preview of just how deadly the adventure will be this summer on the D&D Twitch channel (www.twitch.tv/dnd). Eclectic and entertaining groups like Dice, Camera, Action; Misscliks; Maze Arcana; Girls, Guts, Glory; Yogcast’s HighRollers; and Dragon Friends, a party of Australian improv comedians, will showcase story elements from Tomb of Annihilation on weekly shows starting in July!

Tomb of Annihilation kicks off with the discovery of a curse that’s afflicting people who have been raised from the dead. Their bodies are slowly deteriorating – skin, hair, and flesh falling off their bones. Strong divinations point to the source of this curse in the jungle peninsula of Chult, a rich land filled with evil snake people, flying aarakocra and pterafolk, and the remains of a vast army of the undead. Adventurers tasked with stopping the curse must travel to settlements such as Port Nyanzaru to secure guides to lead them into the dense jungle. At the end of the journey, a horrifying villain awaits with a familiar visage. Will you survive?

Below is a list of all the Tomb of Annihilation products announced during the event. You can get more details on all of them by checking out www.twitch.tv/dnd and watching the video-on-demand interviews with the people who made them, as well as check out some of the story elements in action.

You can also look for this sourcebook coming later this year from Dungeons & Dragons:

To find out more information on Dungeons & Dragons, Tomb of Annihilation and all these products, head to https://www.dungeonsanddragons.com/ and explore!

That’s a lot of content coming before the end of this year.  The Fifth Edition of D&D has had a lot of impressive material since its inception, and it doesn’t seem to be stopping.