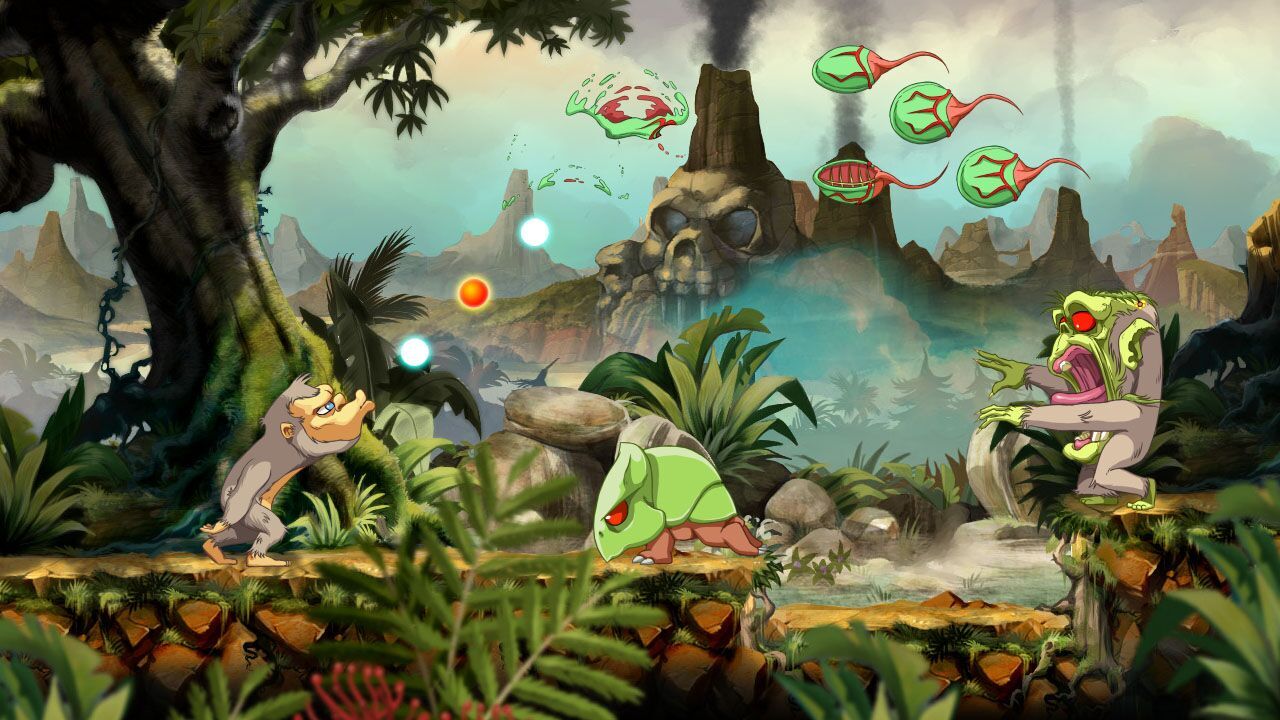 Toki will be back for the first time since 1989 with a remake on the Nintendo Switch. This action platformer was initially released on arcade machines, but almost 30 years later, it will get its time on a home console.

Toki the warrior lived peacefully in the jungle with his sweetheart Miho. Appearing out of nowhere, the terrifying voodoo sorcerer Vookimedlo and heinous demon Bashtar kidnap Miho and turn the poor Toki into a chimpanzee! Unfortunately for his sweetheart, he has become a hairy, lethargic ape…
The former warrior must get used to his new form and, deprived of his traditional weapons, use his powerful jaw to spit strange projectiles at his enemies. During his adventure, Toki will find objects that will help him complete his quest, from a football helmet to a pair of flippers and snorkel.

For fans of the old arcade cabinets, there will also be a Retrollector edition. The Retrollector edition will be available on November 22nd, as will the game itself. This special edition includes a box version of the Toki game, an exclusive 16-page Toki comic, prints, sticker sheets, and a mini arcade machine that can house your Nintendo Switch.

As stated above, Toki releases on November 22nd, and you can pre-order it now if you want to secure a copy. Take a look at what comes in the Retrollector edition above, and check out Gaming Trend for more news and updates.