A new gameplay trailer has been released for the highly anticipated TMNT: Shredder’s Revenege. Along with the trailer a release window was finally revealed, stating the game will be available this Summer. In other exciting news, multiple members of the Turtle’s original cartoon cast are returning to provide voice overs. You can check out the latest gameplay trailer above and read below for more info:

PARIS (April 21, 2022) – Publisher Dotemu and developer Tribute Games, in partnership with Nickelodeon, have served up an extra-large portion of piping hot Teenage Mutant Ninja Turtles: Shredder’s Revenge gameplay, while revealing that the four Turtles’ original voice actors from the 1987 cartoon will reprise their roles in the game. The team also confirmed Teenage Mutant Ninja Turtles: Shredder’s Revenge will receive a physical edition as well as a digital release of its jammin’ original soundtrack by Tee Lopes, courtesy of Kid Katana Records, following the game’s digital launch on PC, Nintendo Switch, PlayStation 4 and Xbox One this summer.

Fresh extended gameplay finds the Turtles kicking Foot Clan shell throughout the first two stages of Teenage Mutant Ninja Turtles: Shredder’s Revenge, thrashing foes as they tour their favorite, iconic stops across Manhattan including the Channel 6 studio and the streets of New York. Watch the Heroes in a Half Shell take the Foot Clan down in the new footage (above).

Teenage Mutant Ninja Turtles: Shredder’s Revenge features newly recorded voicework from the original Turtles lineup, with Cam Clarke returning as Leonardo, Townsend Coleman as Michelangelo, Barry Gordon as Donatello, and Rob Paulsen as Raphael. Players will hear their charismatic energy in battle as the Turtles sling quips and their signature phrases and quips, making the action feel even closer to the Saturday morning cartoon magic. 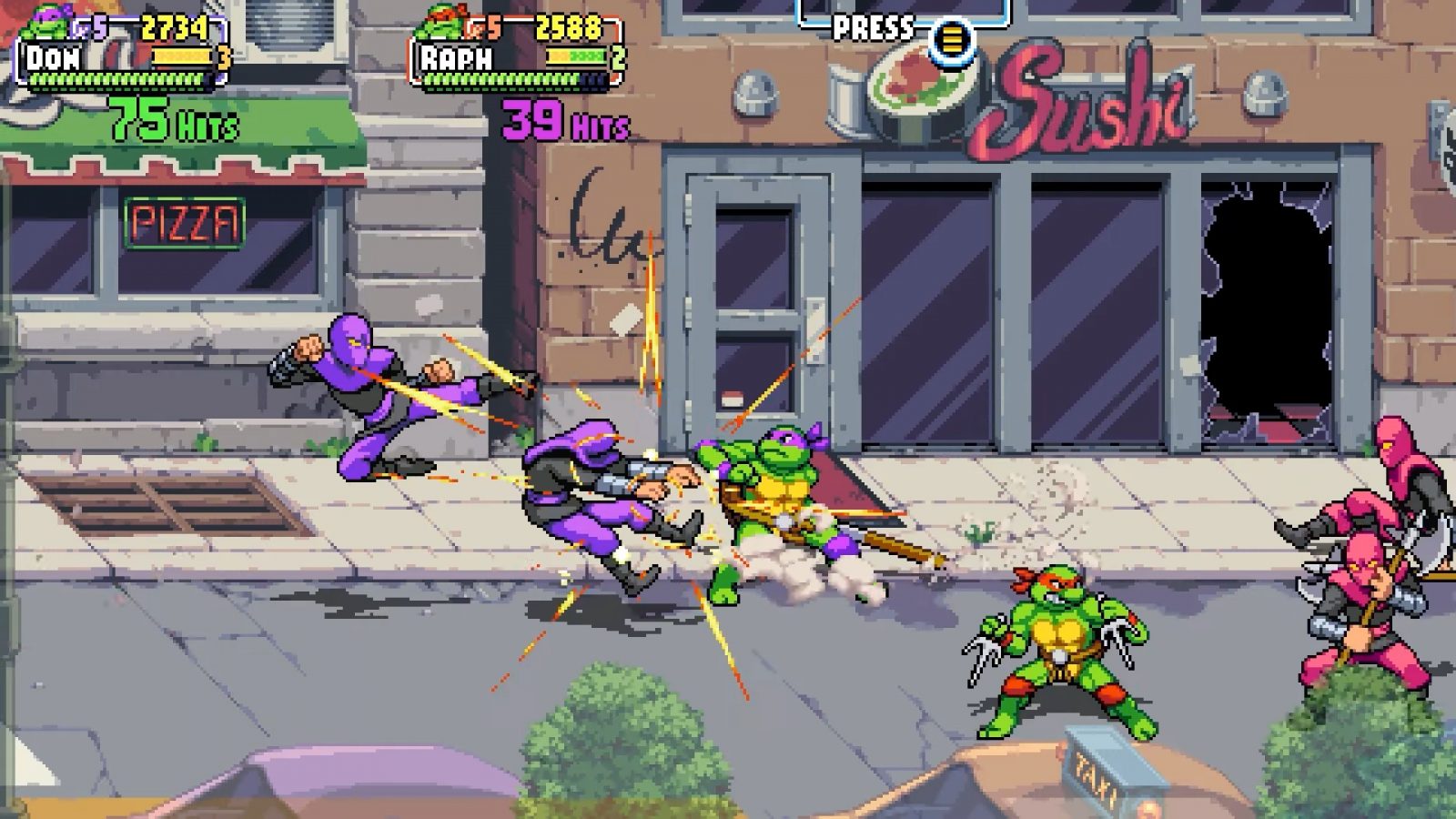 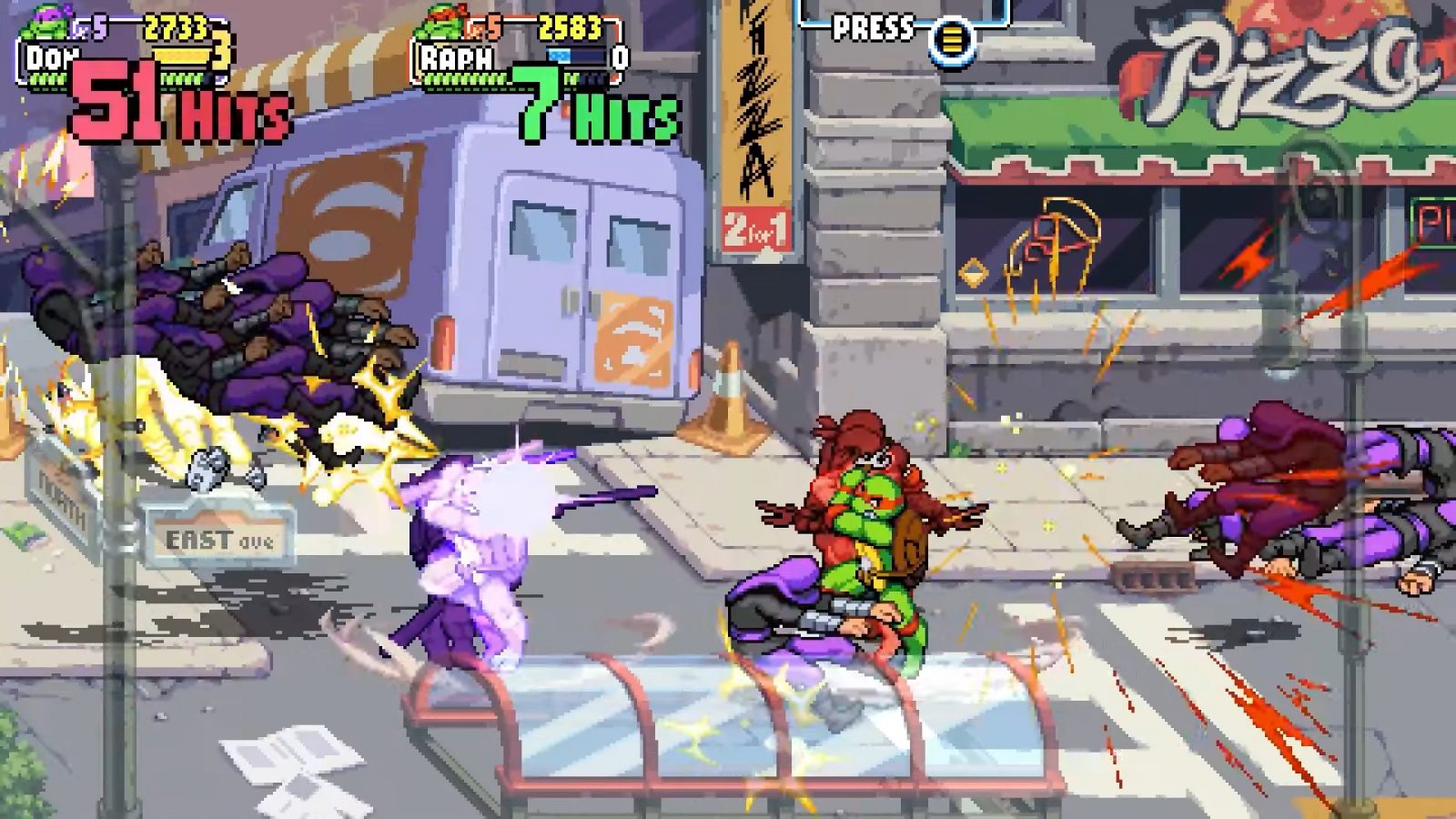 PAX East attendees are encouraged to practice their ninjutsu this weekend with the playable debut of Teenage Mutant Ninja Turtles: Shredder’s Revenge. Aspiring ninjas will find the six playable heroes, Dotemu and Tribute Games at the Dotemu booth (booth no. #12043) on the expo hall floor from April 21 – 24.

Teenage Mutant Ninja Turtles: Shredder’s Revenge joins two retro gaming experts: Dotemu, the developer and publisher known for faithful ports as well as impeccable remakes and continuations of beloved gaming series including Streets of Rage 4, the smash hit nominated for Best Action game at The Game Awards 2020, as well as the exhilaratingly competitive Windjammers 2 and the highly lauded Wonder Boy: The Dragon’s Trap; and Tribute Games, the studio behind retro-themed original IPs including Panzer Paladin, Flinthook and Mercenary Kings which embody the spirit of classic games in new experiences. Tribute Games is home to the key talent behind the acclaimed Scott Pilgrim vs. The World: The Game beat-em-up and Teenage Mutant Ninja Turtles game released for Game Boy Advance in 2007.