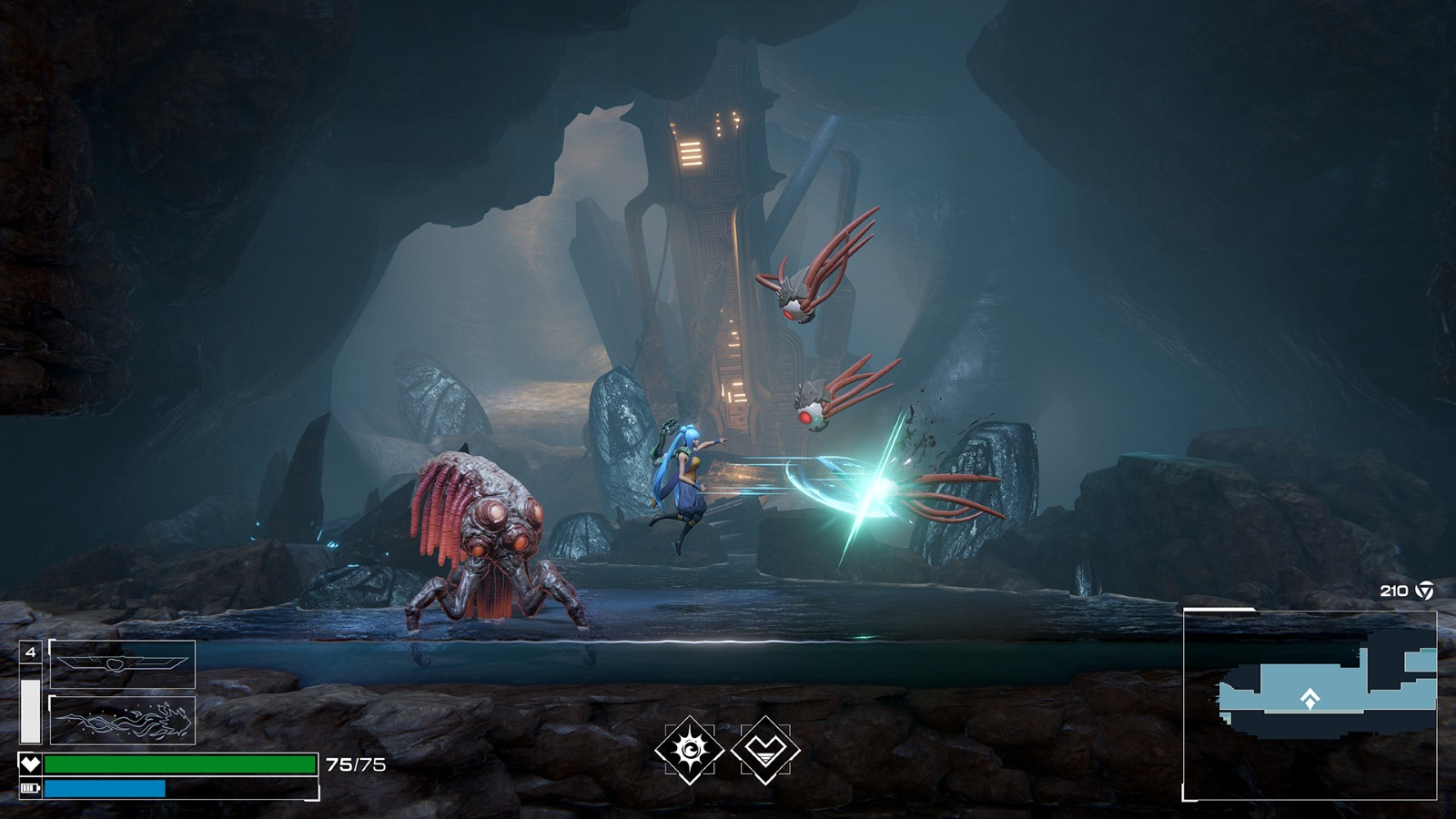 Prepare to protect the multiverse in Trinity Fusion from Angry Mob Games. This action-RPG showcases a dark future, where your play as three different versions of the Hitchhiker. Each version harnessing her own different abilities and weapons. Slide, dash, and dodge through challenging and engaging encounters. Sign-ups for the closed beta are live with spots available. Links as well as more details from todays’ announcement are below:

Today, indie developer Angry Mob Games is thrilled to begin the first Closed Beta playtest of Trinity Fusion, the dark action-RPG platformer that sends players on a mission across dimensions to restore the very fabric of reality. The Closed Beta playtest will run from today until November 24th, with a second playtest running between December 6th through the 13th. Sign-ups for the beta are still open at the official Trinity Fusion webpage and will be sending out more invites over the course of the playtest.

Set across three shattered versions of the game’s world, Trinity Fusion casts players in the role of the Hitchhiker, a cross-dimensional traveler psychically linked to her three parallel selves. In order to forestall the total destruction of the multiverse, she must band together with her alternate identities to fuse together their different realities and keep their timelines from collapsing in on one another.

Each of the three realities comes not only with its own unique challenges, but also a unique version of the Hitchhiker, complete with her own weapons and abilities. Deploy equipment that afflicts enemies with status effects, deal heavy bursts of damage at a distance with ranged weapons, or brawl up close with blades and hammers—each style of attack brings you closer to reversing the doom of the multiverse.

Features:
A Journey Through the Multiverse – Fight through a combination of procedurally-generated levels and hand-crafted stages and arenas that will put your skills to the test. The 3D graphics and dark sci-fi aesthetic combine to create an engrossing world of hostile opponents and decayed futurescapes.

High-Intensity Combat – Utilize sophisticated weapon designs and attack systems that
leverage Angry Mob Games’ previous experience in the fighting-game genre. You’ll slide, dash and dodge between enemy attacks and strike back with an arsenal of satisfying special weapons and abilities.

Three Heroines, Three Universes – Each of the Hitchhiker’s parallel selves has her own world with multiple biomes to explore. Travel through a universe of desolate wastes and caverns roamed by mutant creatures, escape the endless forges and laboratories of a world ruled by machines, and survive the dangerous sky cities of a post-human society.

Continuous Progression – Unlock permanent upgrades in the Hub and discover new starting points for your run as you reclaim major locations in each universe. Finding yourself getting stuck in one area? Start your next run in a different reality!