Steamforged Games announced a new upcoming tabletop combat game, ELDEN RING The Board Game, coming to kickstarter later this month. Based on the intense action role-playing video game, Steamforged brings intricate minis and a new way to enjoy the Elden Ring experience to the table.

“The ELDEN RING™ board game will immerse players in the forsaken Lands Between. In a vast, open world of decaying grandeur that unfolds through their exploration, 1-4 ‘Tarnished’ players will traverse a huge and varied open world, visiting iconic locations and crossing paths with familiar enemies and characters. “ 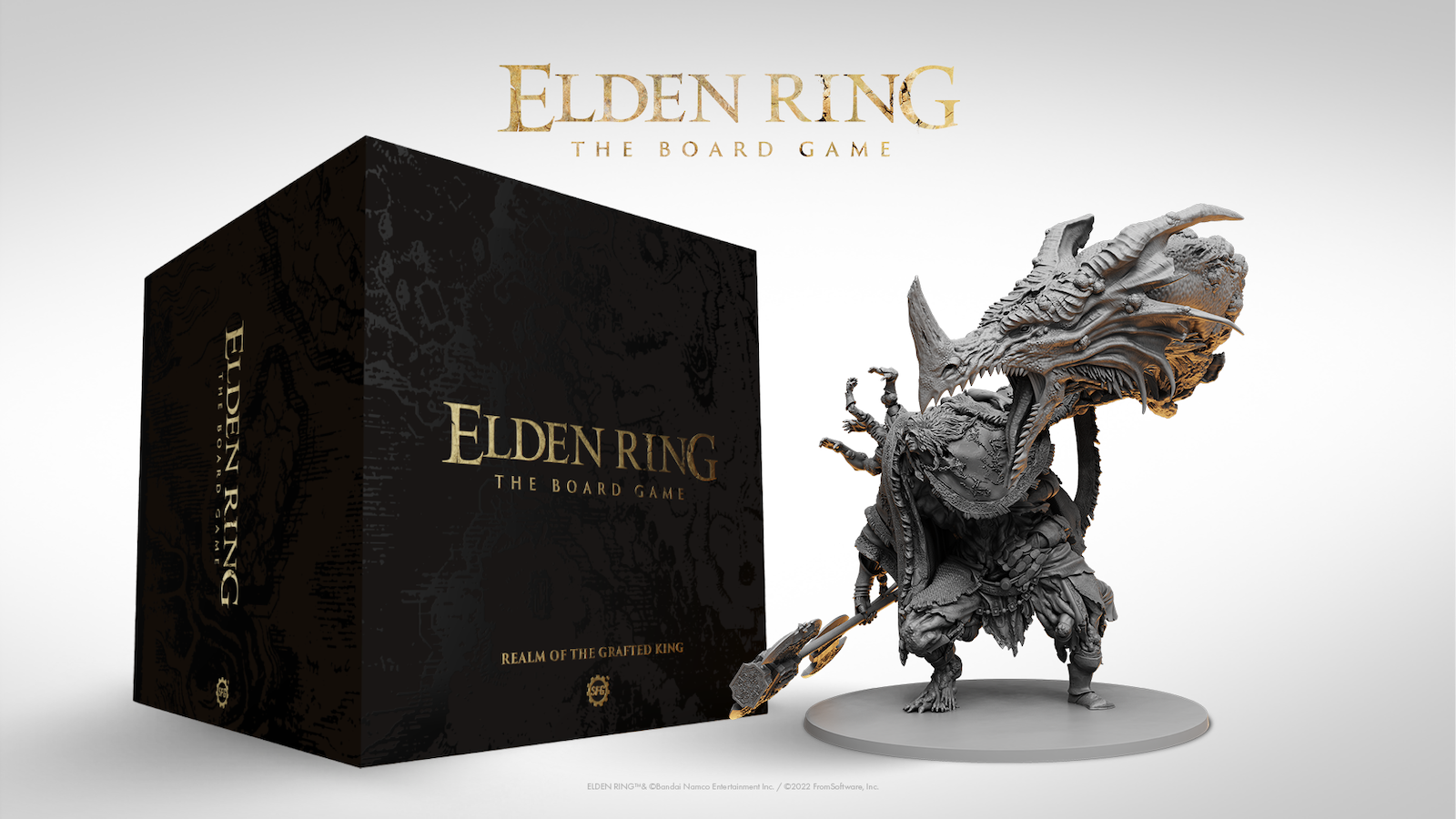 “The video game’s characteristically challenging fights will be recreated by intelligent dice-free combat, requiring players to strategize and adapt their plans during each encounter — whether that be a lowly Godrick Soldier or the Grafted King himself.”