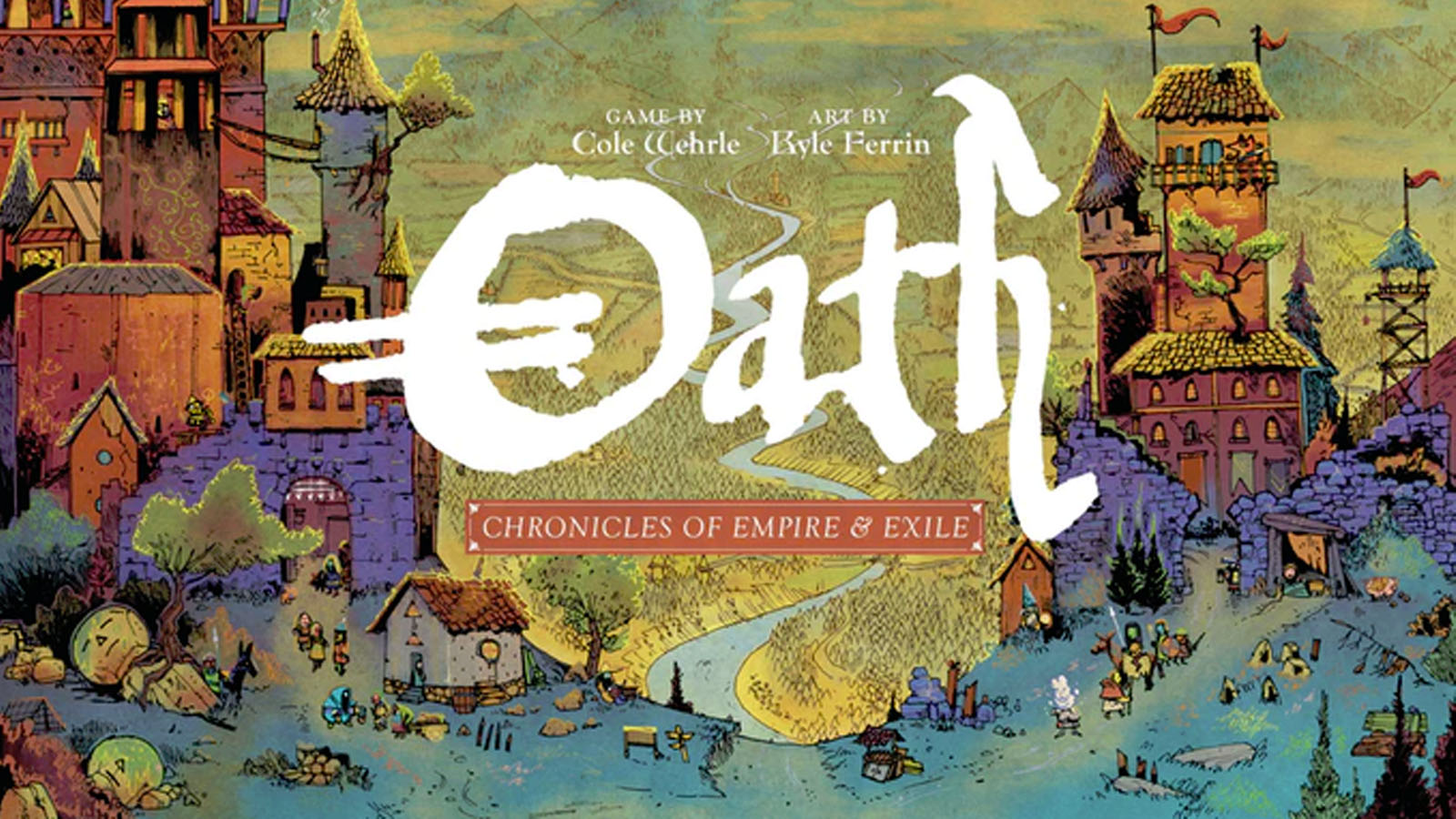 Leder Games, the maker of hit games Root and Vast has just launched their newest Kickstarter, Oath: Chronicles of Empire and Exile. In this game players will make decisions to change the world. Every game will affect the following game in an continuing story.

In Oath, one to six players guide the course of history in an ancient land. Players might attempt to bolster the power of the Chancellor or scheme to bring the empire to ruin. The consequences of one game will ripple through those that follow, changing what resources and actions future players may have at their disposal and even altering the game’s core victory condition.

Every system in Oath is built from the ground up to be responsive and adaptable. A single decision could reverberate for dozens of games afterwards. 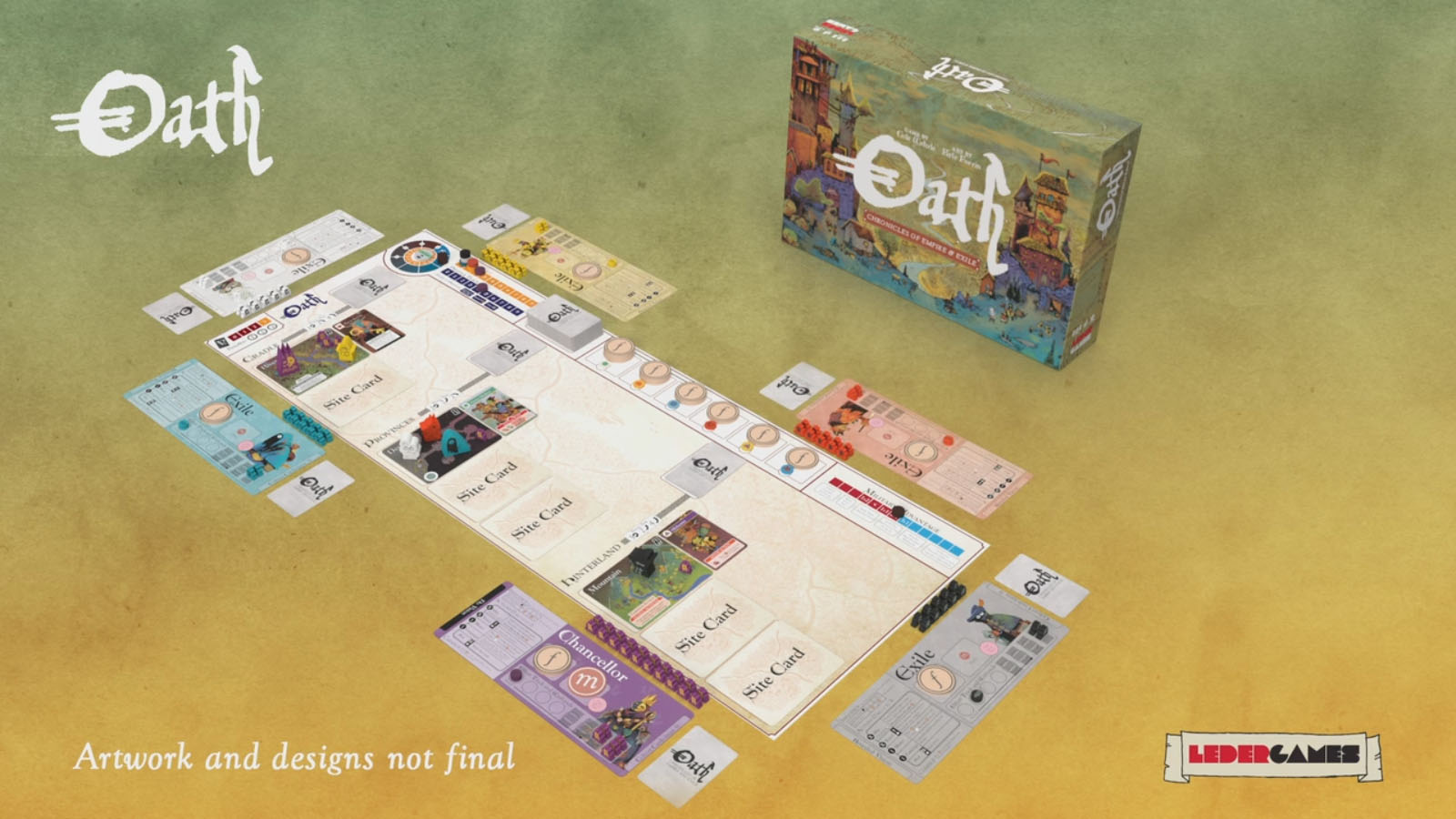 The core rules are simple: Players will spend their turns adventuring within the Chancellor’s realm and the lands that surround it. They will gather support, recruit warbands, and discover dark and dangerous secrets. Over the course of the game, players will collectively populate the world with a cast of strange and wonderful characters and institutions. This world is essentially a shared tableau, which every player can interact with and seek to control.

Most players begin as Exiles, powerful figures living on the edge of polite society. An Exile wins the game by directly challenging the Chancellor’s power or by attempting to fulfill a new Vision.

With beautiful artwork and strong reputation from their prior games, this is one to check out for sure. Stay tuned to Gaming Trend for all your tabletop news.