In a surprising twist of events that’s coming out of left field, Skunkape Games (a development team consisting of ex-Telltale Games members) has announced that it will release Same & Max Save the World Remastered to the PC and Nintendo Switch on December 2. The game, which was originally released as Season 1 of the 3-season episodic franchise, will have a number of quality-of-life improvements and improvements from the nearly 15-year-old title.

Created by comic artist Steve Purcell, Sam and Max are a six-foot canine detective and a hyperkinetic rabbity-thing who dole out their own brand of comedic justice as the Freelance Police.

In Sam & Max Save the World, the duo investigate a hypnosis plot that spins to global proportions to involve washed-up child stars, the media, the mafia, the US government, the internet, and the bright side of the moon. A wacky story, brain-tickling puzzles, eccentric characters, and oddball humor provide a casual gameplay experience that was billed as “gaming’s first sitcom” upon its original release. 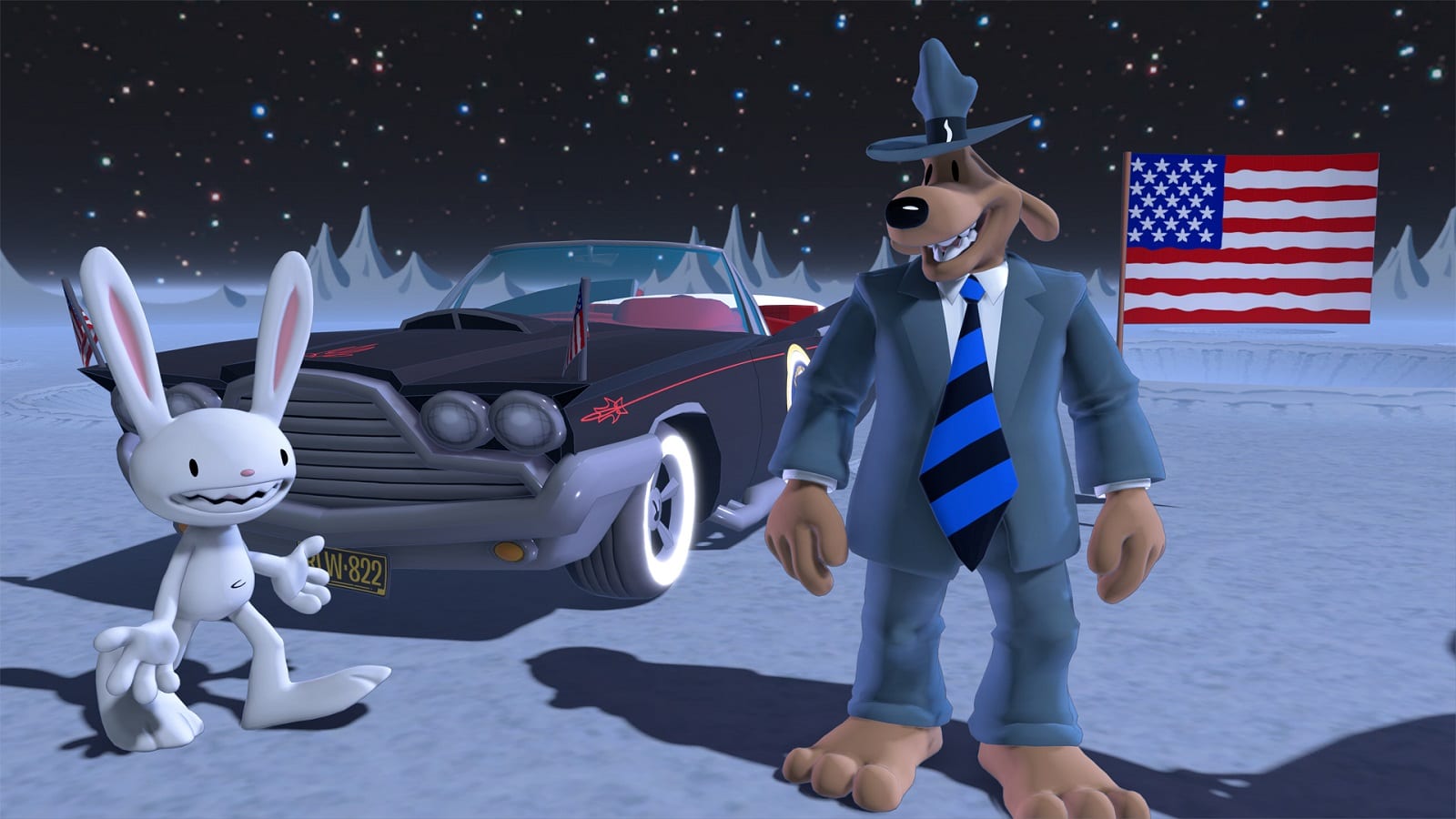 From the remaster website’s FAQ:

What have you changed in the remaster?

Where do we start?! The most obvious changes are technical: Sam & Max Save the World now supports a 16:9 aspect ratio and the highest resolution your hardware allows. (The original was 4:3 with a maximum resolution of 1024×768!) The remaster has dynamic lighting and improved lip sync. You can play with the original point & click mouse controls, or a keyboard, or a gamepad—whatever floats your boat. All of the game’s original audio, which was compressed like crazy to keep download sizes small, has been remastered and re-encoded from the original source files, with modern high-quality audio codecs. This remaster looks, sounds, and plays like a game made in 2020, not one made in 2006.

But some of our favorite changes are brand new additions that bring the game closer than ever to the aesthetic and tone of Steve Purcell’s comics. All of the character models have been tweaked, including Sam and Max with Steve’s input. A new user interface and opening credits sequence make the game feel like one cohesive whole rather than six separate episodes. Some key scenes have been punched up with new acting and camerawork, and we created a couple of new exterior locations for establishing shots. Composer Jared Emerson-Johnson even wrote five new jazz tracks performed by some of the original musicians.

Oh, and we almost forgot the biggest update: we made a Nintendo Switch version!

Wow, that’s a lot. What didn’t you change?

The gameplay, the story, the puzzles, the jokes—they’re all as you remember them. (Maybe even better than you remember!) While our team members worked on Sam & Max at Telltale, so did a lot of other people, and we were careful not to tread on their work or change too much stuff just because we felt like it. We’ve tried to strike a balance between making the game better and preserving what made us so proud of it in the first place.