Today, Dotemu announced that it has worked with Lucasfilm Games to release updated versions of Zombies Ate my Neighbors and Ghoul Patrol for PlayStation 4, Xbox One, Nintendo Switch, and PC on June 29. The games will come with modern save features as well as local co-op and other fun extras.

This Summer, 16-bit cult classic title Zombies Ate My Neighbors and its sequel make their long-awaited return in Zombies Ate My Neighbors and Ghoul Patrol. Lucasfilm Games and developer Dotemu have teamed up to bring back these classics from the golden age of 16-bit gaming with modern features and new museum content when they are re-released for Nintendo Switch, PlayStation 4, Xbox One, and PC on June 29, 2021.

In addition to bringing these classic games to modern platforms, Zombies Ate My Neighbors and Ghoul Patrol features include:

· Modern Save System: Quickly save your progress in either game and continue your adventure wherever and whenever you want.

Museum Features: Watch a video interview with one of the original Zombies’ developers or explore numerous galleries containing game art, as well as previously unreleased marketing assets and concept art.
Soundtrack: Listen to the entire soundtracks for both games in the included music players.
2 Player Mode: Team up with a friend in two player local co-op.
Achievements: Track your game progress with a set of achievements covering both games.

Zombies Ate My Neighbors and Ghoul Patrol is available for digital pre-order starting today for $14.99 for the Nintendo Switch, PlayStation 4, Xbox One, Steam and GOG. Later this summer, Limited Run Games will announce details of physical editions coming to select modern and legacy platforms.

About Zombies Ate My Neighbors

Hey, where’s that scary music coming from? Yikes! It’s Zombies Ate My Neighbors, where you appear in every demented horror flick ever to make you hurl ju-jubes.!

What are Zeke and Julie, our two wholesome teenage stars doing in a 16-bit game like this?! Trying to save the nice neighbors, cheerleaders and babies from a fate worse than polyester!

Will these crazy kids survive the night? Find your way through 55 horror-filled levels like a grocery store gone bad, a shopping mall awry, a mysterious island and your own back yard. Don’t miss “Weird Kids on the Block”, “Mars Needs Cheerleaders” and “Dances With Werewolves”.

You can fend off the freaks with a virtual candy counter of weapons like uzi squirt guns, exploding soda pop, bazookas, weed wackers and ancient artifacts. Also grab power ups-o-rama like secret potions and bobo clown decoys. Does this game ever end?! 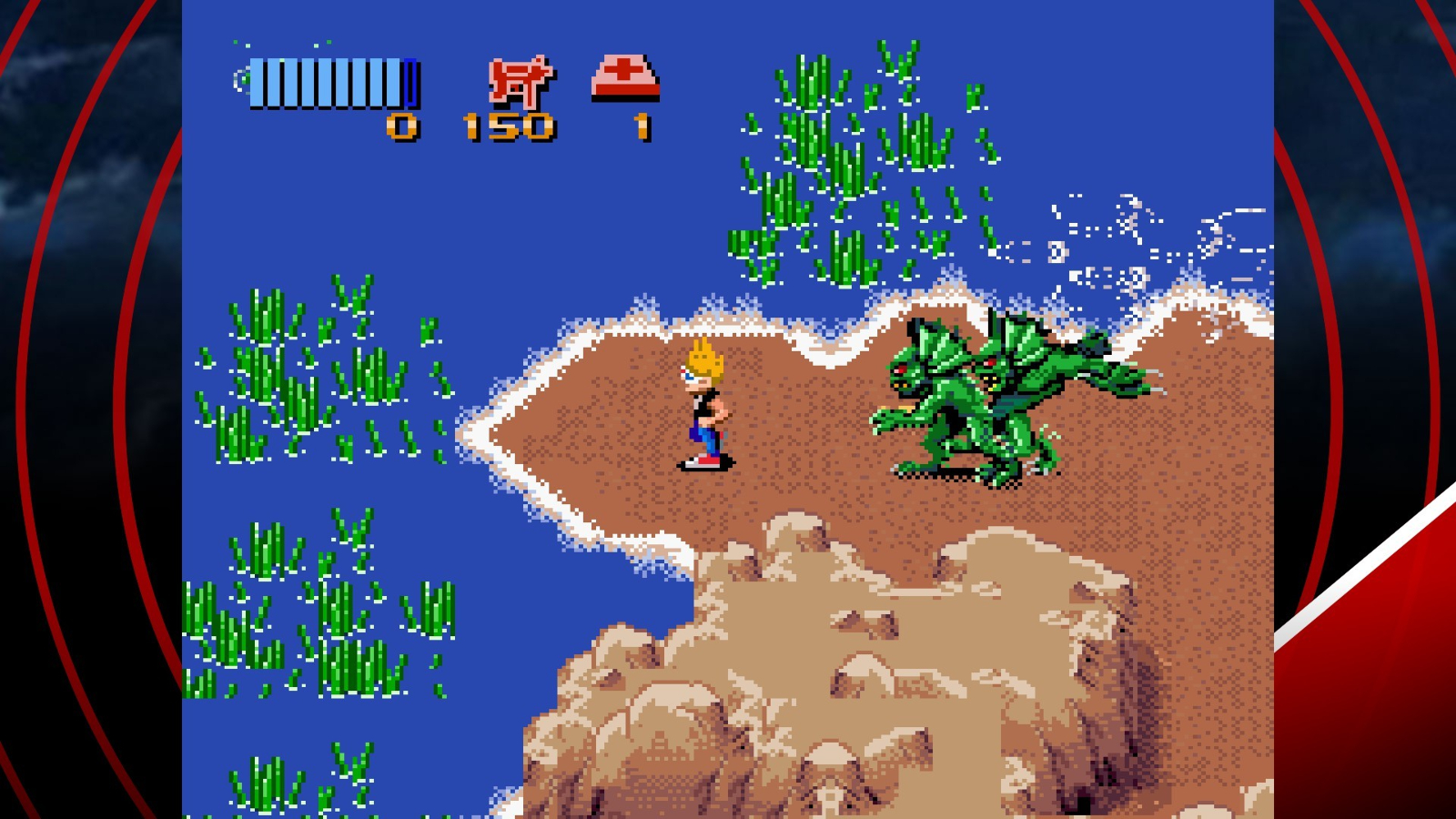 Zeke and Julie, our intrepid teenagers, visit the Ghosts and Ghouls exhibit at the city library, where they find an old treasure chest containing an ancient spirit book. Naturally, they cannot resist reading it. Suddenly, a horrific snaggle-toothed spirit emerges.

Now, this snarling phantom and his dastardly minions are infesting Metropolis and slithering their way into the history books, where they plan to rewrite history with their spooky ways.

Only you have the power to go back in time to de-spook an encyclopedia of zombified historic dudes.

Only our two heroes have the power to get the mighty beastly spirit back into his book and stop the madness. Ghoul Patrol to the rescue!