The Shapeshifter 2, a brand new Game Boy game from one-man developer studio Greenboy Games, has released a new trailer. Additionally, they have announced that their Kickstarter campaign will launch on October 1st, 2021. The Shapeshifter 2 is playable on Game Boy, Game Boy Color, and Gameboy Advance and features unique and innovative – but yet to be explained – Game Boy mechanics. Check out the trailer above and a few details below:

Barcelona, Spain –September 15, 2021– One-man developer studio Greenboy Games, specialized in developing Game Boy games since 2018, has released the new trailer for ‘The Shapeshifter 2’ and will be launching its Kickstarter campaign on October 1.

‘The Shapeshifter 2’ is an Old-School Adventure game, and this time the adventure takes place in the elven world. The main actor has the power to become the animal that he touches to save the elven world from the wizard’s spell: Fly, swim, croak, cackle, bray, roar, growl, meow, among other curious skills.

The Shapeshifter 2, is the first and only Game Boy game that requires 2 cartridges to play, and not due to lack of space! The game will contain never-before-seen innovative gameplay mechanics that will be revealed soon.

The game will be fully compatible with all Game Boy, Game Boy Color, and Game Boy Advance handhelds. This includes the Analogue portable system and other Game Boy compatible devices. 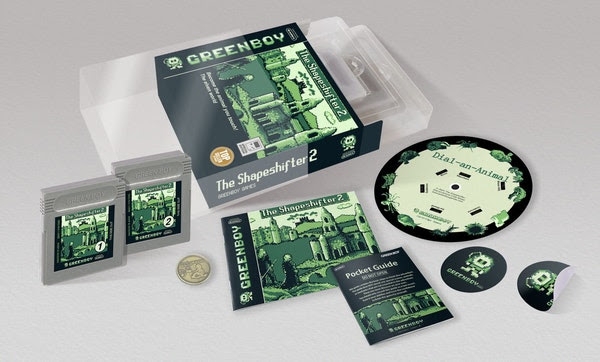 Stay tuned to Gaming Trend for more info on The Shapeshifter 2 and for all your gaming news!