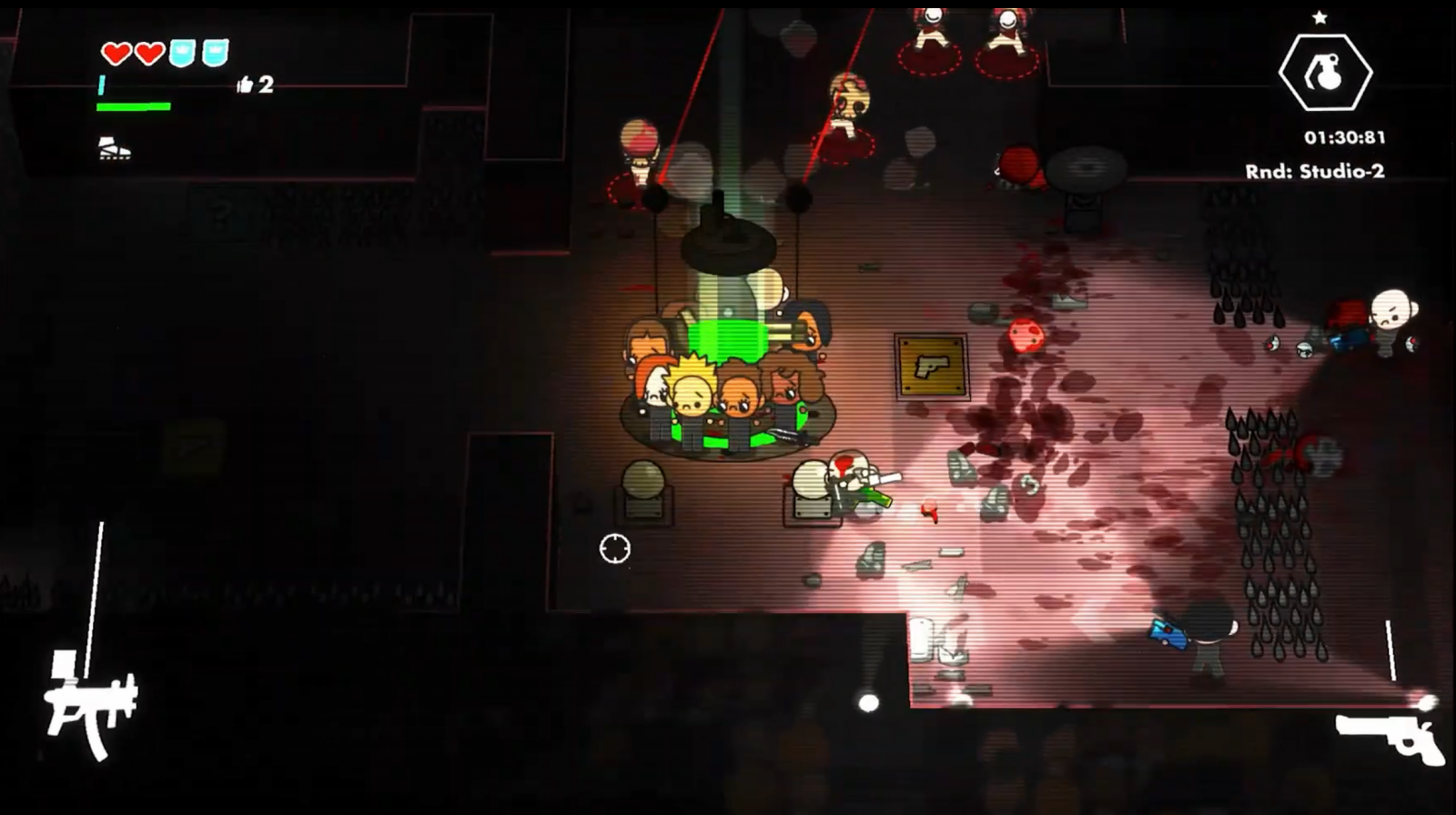 DeathRun TV is a new roguelike from publisher Merge Games and developer Laser Dog set in a twisted future where likes are awarded for brutal acts of violence. Revealed during the 2021 Future Games Show, the game looks to provide a bloody, fast-paced experience to fans of the roguelike genre. The game centers around a show where contestants kill mutated creatures, save other humans, and fight for survival all in the name of gaining more popularity with the viewers. Smash TV, a shoot ’em up arcade game from 1990, had a similar premise and its DNA seems to be present in spades judging from the announcement trailer.

Coming to you from the largest studio ever constructed. The show where contestants risk it all to gather likes from audiences watching all over the world; 24 hours a day. The entertainment never ends!

For those wishing to try a slice of the game out immediately, there is a free playable experience known as the Pilot available right now on Steam. When the full game releases it will be available on Steam, PS4, PS5, Switch and Xbox Series X|S.

For all your E3 coverage and gaming news, stay tuned to Gaming Trend.