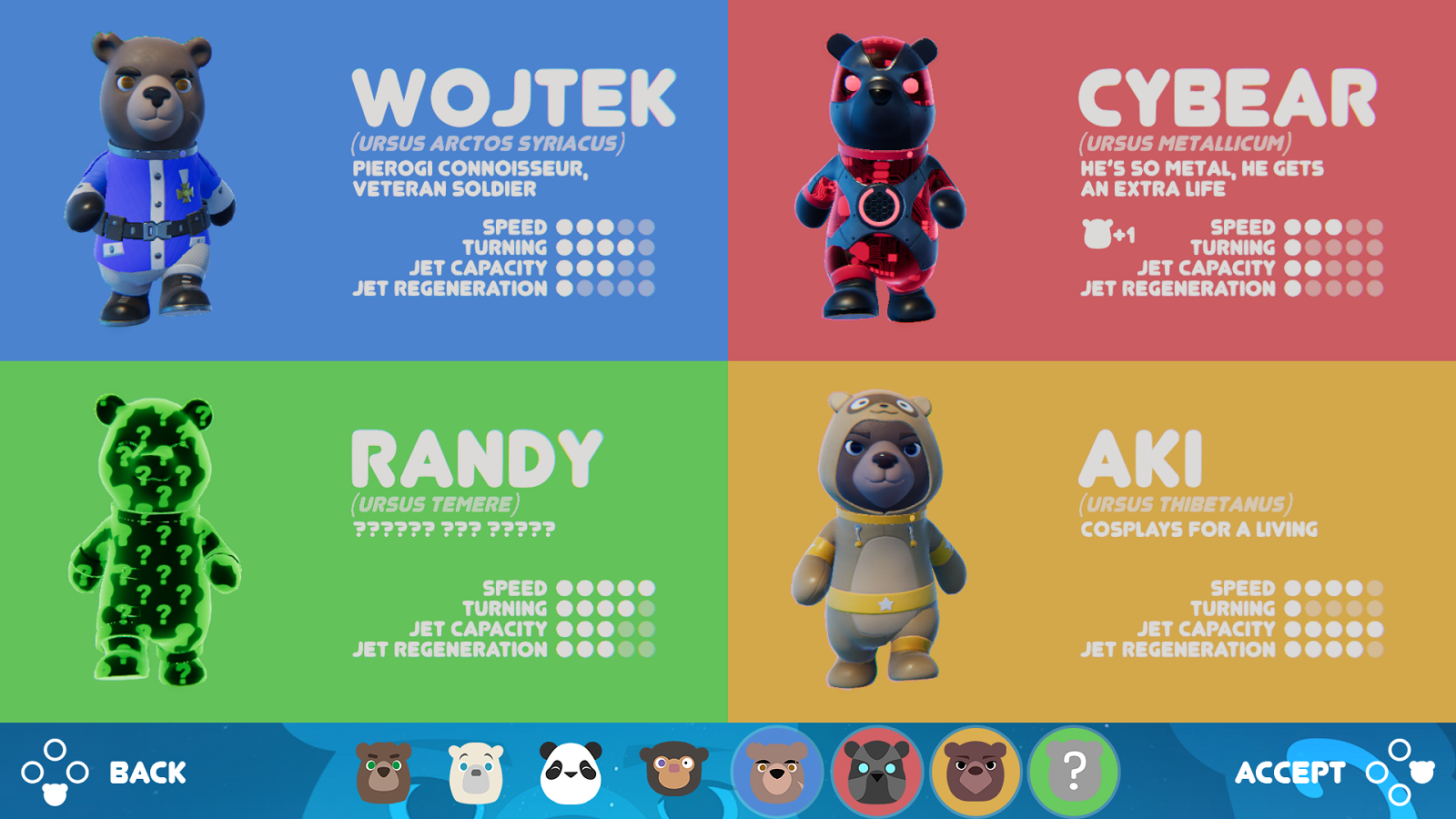 Today, SONKA announced that it will release the party game Astro Bears soon on the Nintendo Switch. An expanded version of Astro Bears Party, the game will have more characters and modes, and will be free for owners of the original Astro Bears Party.

Four new Astro Bears join the fun, each with its own unique playstyle and sound effects. The famous World War II bear Private Wojtek who helped soldiers carry ammunition in the Italian campaign even makes a special appearance. Party Mode has been revamped to feature a new Huge Planet, and players may now choose a finite ribbon and randomized mode settings for extra challenge. Jetfish Hunting can now be played with two and online leaderboards have been added. New gameplay color themes, music and gameplay improvements enrich the lively Astro Bears experience, and optional tutorial prompts make it easy for new players to join in the fun.

Competitive Mode is a new 1v1 tournament play option to support the growing Astro Bears esports community. In this Best of 5 competition, players select 3 different Astro Bears and selects one that best fits the randomized environment. Play continues in rounds to 10 points, at which point the next random environment appears. The winner is the player who wins with all three Astro Bears.

Astro Bears is expected to launch this spring for $6.99, with existing owners of Astro Bears Party receiving the new content for free.