Independent developers CREW Studio Krüger UG recently announced that they will release their debut simulation project, Series Makers, for Steam on February 22. The game will allow players to make their own in-game television series as they aim for success within the industry.

Series Makers. A playground for series lovers. In the economic simulation that will be released on February 22nd, you will slip into the role of a film student striving for the great dream of your own studio.

At the beginning you can only adjust a few parameters and play your own series to your circle of friends or your own school. With your first big hit, however, you’ll catapult yourself into television and gain access to your own studio. From there, you’ll be able to put together a team, do a lot of research, or even set up your own streaming platform. 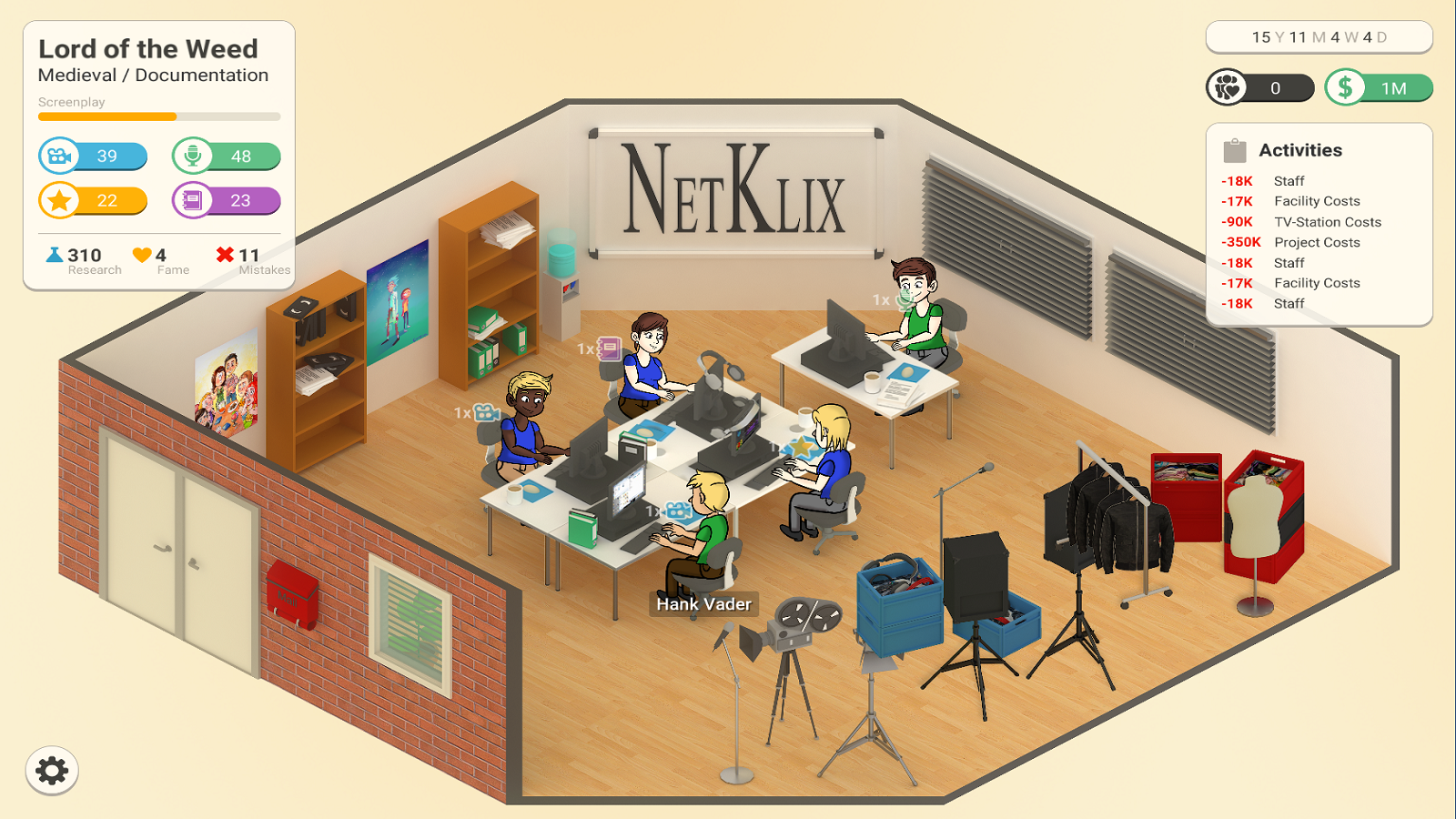 From the 80s to Netflix

In a thirty-year journey through time, you will play your way from epoch to epoch and build ever larger and more technically demanding series. With the increasing budget and unlocked research, you can expand the game mechanics and make your studio the largest series producer in this heavenly sphere.

Series Makers is a great in-between indie game, available for just €3.59 ($4.19) in the first week with its entry discount. Definitely a must for all tycoon and simulation game fans.

Series Makers uses simple game mechanics and fewer tutorials to give the player the opportunity to become an explorer of the game. This creates a constant learning experience and the progressive game design quickly rewards good performance and applied knowledge.

In celebration of the release of Series Makers, the game will have a 40% launch discount when the game debuts this week. You can stay updated through the game’s official Twitter account. Check out the trailer above, and stay tuned for more news here on Gaming Trend.