The long awaited return of the Mechwarrior series has finally arrived, as Mechwarrior 5: Mercenaries and an expansion entitled Heroes of the Inner Sphere will launch on PS4 and PS5 on September 23rd, 2021.

MechWarrior 5: Mercenaries and Heroes of the Inner Sphere Expansion Landing on PlayStation®5 and PlayStation®4 Sept. 23

VANCOUVER, British Columbia – Sept. 8, 2021 – Developer Piranha Games is excited to announce that MechWarrior 5: Mercenaries and the Heroes of the Inner Sphere expansion is coming to PlayStation®4 computer entertainment system and PlayStation®5 on Sept. 23, 2021. This monumental launch marks the return of the beloved BattleTech franchise to PlayStation platforms for the first time in 20 years. Featuring full cross-play support for all major platforms, including Steam, GOG.com, Epic Games Store, Xbox Series X|S, Xbox One X, Xbox One, and with over 30 new and enhanced features representing over a year’s worth of development time, it’s a great time to join forces with fellow Mercs and friends worldwide for co-op and instant action. MechWarrior fans can also look forward to a physical box set edition for MechWarrior 5: Mercenaries for PlayStation and Xbox systems this November. In addition, developer Piranha Games also confirms that all MechWarrior 5: Mercenaries players will be able to experience the entirety of the Heroes of the Inner Sphere campaign when joining a match hosted by anyone who owns the expansion, regardless of platform. 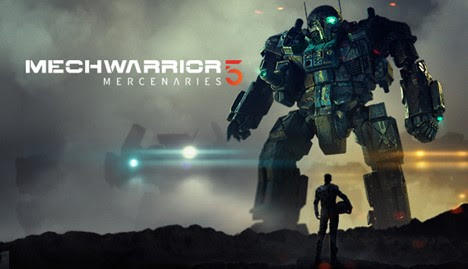 The merc life of a MechWarrior BattleMech pilot continues in the Heroes of the Inner Sphere expansion. Follow your chosen career path from War Dog to Treasure Hunter in the new Career Mode. Explore new warzones, new quests, and new missions that span the full scope of the Inner Sphere. Hunt the Heroes with special quests that tell the story of seven new heroes and their lostech mechs. Find new mech chassis and variants, weapons, equipment, as well as blueprints to quirk your prized mechs.

The developers at Piranha Games have spent over a year addressing player requests for MechWarrior 5: Mercenaries, implementing enhancements and quality of life improves resulting in over 30 major updates free updates included at launch for all PlayStation players.

*Cross-Play Support: Fight alongside friends with four-player PvE co-op
*DLC Sharing: Experience the entirety of the Heroes of the Inner Sphere campaign when joining a co-op match hosted by a player who owns the expansion
*Loads of gameplay improvements: Full 360 LOD radar (with BAP available with DLC), more extreme conditions and effects, enhanced AI, enhanced salvage crates, AND SO MUCH MORE
*Campaign Updates: New story introduction and optional tutorial
*UI Improvements: Ability to track encounters and where to hunt desired ‘Mechs, instant action loading previously selected mechs and pilots, modding updates, amongst others

Stay tuned to Gaming Trend for more info on Mechwarrior 5 as it is released!