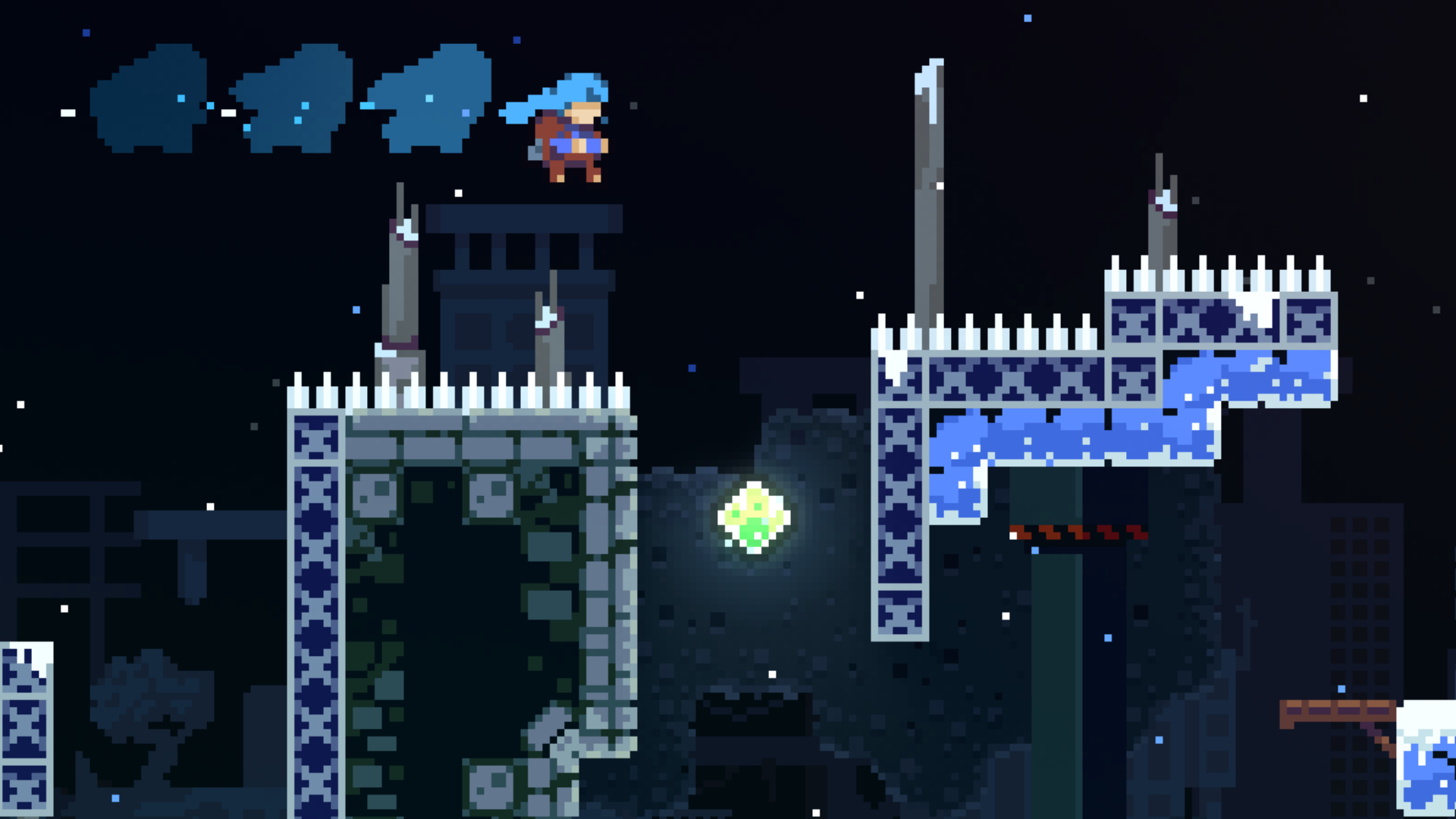 Celeste is a brutally difficult 2D platformer which balances out its challenging gameplay with a heartwarming story of overcoming the struggles of mental illness and self-doubt, and the internet has quickly fallen in love with its quaint cast of characters.

You play as Madeline, a conflicted redhead on her spiritual journey to reach the summit of Celeste Mountain, joined intermittently by Theo, a twenty-something heartthrob with a positive go-getter attitude and a passion for selfies and his “InstaPix” account. Madeline’s journey is regularly impeded by her gothic doppelgänger, an embodied reflection of her undesired attributes aptly named “Part of Me.” This trio has captured the hearts of many artists, resulting in a wonderful deluge of fan art.

fanart of @celeste_game
it is such a good game, y'all. i like it so much pic.twitter.com/Uq9sm4D8kD

Incidentally, @celeste_game is a Part of Me now, too. pic.twitter.com/NJGkoCOuxi

I have been playing Celeste this weekend, just came out on the Switch. The quality of this game from graphics and story to the soundtrack is fantastic. I wish we had more video games willing to talk about depression.@celeste_game #sketch #draweveryday #videogames #indiegame pic.twitter.com/ih9wFz8L9g

Been playing @celeste_game on the Switch. I really like the game so far so I made a fanart on this two goofballs / FanArt del juego Celeste, muy bueno hasta ahora así que hice un fanart de sus personajes. pic.twitter.com/Sw0iBq8Xpa

Congrats to the entire #Celeste team for releasing their game today! Good job all, can’t wait to play it :D @celeste_game pic.twitter.com/CLNOwcOagz

Enjoying #celeste so much that I decided that today's inkie would be about it to celebrate its impending release ❤️ congrats @celeste_game ! pic.twitter.com/FHGZrVbRCN

A huge congrats to the #Celeste team, you guys absolutely killed it! @MattThorson @NoelFB @saint11 @amora_b and those handsome devils @PowerUpAudio great work guys! Have some fan art! <3 pic.twitter.com/sXjeKxTd2f

A triumph and a new favorite.

I just finished #Celeste and I have to say, its a great game. Its not only about climbing a mountain, but the story and characters are fantastic, and it really shows how mentally changeling climbing a mountain or even dealing with yourself can be.@celeste_game pic.twitter.com/Jmu0E5Qe3L

Here’s a bit of #fanart for @celeste_game which has been on my mind constantly since I started playing it!

If you love 2D platform games, you really do need to check it out! pic.twitter.com/AmNkP7JTjQ

Some even went outside the realms of illustration to show their appreciation for the game.

Today I finished #SculptJanuary18 and decided to sculpt Madeline from @celeste_game . The final theme was Happiness and this game makes me happy every time I play it :D https://t.co/7JZjB9KcN9 pic.twitter.com/rgYUj52UON

Have you heard my remix in @celeste_game? I know you have plenty of times if you played the difficult B-side stage!
B-sides full album: https://t.co/XAH0LuoO0s@kuraine's original soundtrack: https://t.co/ouHumb9TgF pic.twitter.com/lBZjBQVRR1

If you’d like to see more fan art for Celeste, check out the game’s official Twitter page.