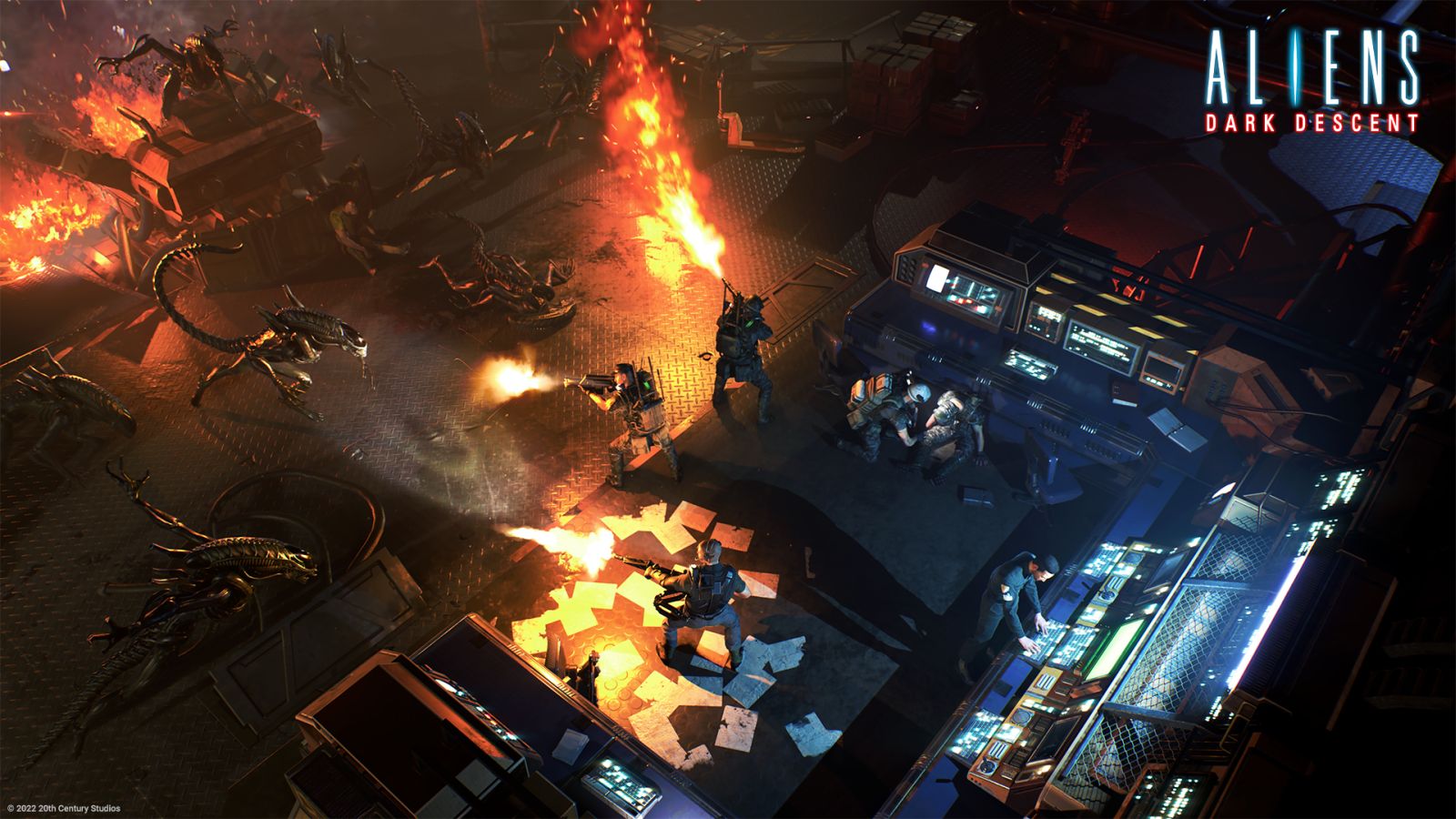 If you know our Editor-In-Chief Ron Burke, you’ll know he absolutely loves the Alien franchise. If you don’t believe me, just check out his review for Aliens: Fireteam Elite. As is such, I assume the high-pitched squeal I heard in the distance was him when the trailer for the newly revealed Aliens: Dark Descent showed up at Summer Game Fest. Don’t just take Ron’s squeal for it, check out the trailer and info below.

PARIS – June 10, 2022 – Yesterday, Focus Entertainment and Tindalos Interactive, in collaboration with 20th Century Studios, revealed Aliens: Dark Descent, an enthralling single player squad-based action game set within the iconic Alien franchise for PS5, PS4, Xbox Series, Xbox One and PC. Drop into an original Alien story where players will lead a squad of marines in real-time combat against the deadliest creature mankind has ever faced. Get a first look at the Aliens: Dark Descent experience awaiting you on Moon Lethe with this unnerving World Premiere Reveal Trailer, as we follow a squad of Colonial Marines during a recon mission.

“We are honored to partner with 20th Century Studio and Disney to work on a new project from this emblematic franchise, and to team up with our excellent partners at Tindalos Interactive. Their expertise, talent and passion for the license will make Aliens: Dark Descent an iconic new chapter in the Alien series.” John Bert, Managing Director at Focus Entertainment.

“The entire team at Tindalos is dedicated to delivering a gaming experience faithful to the spirit of the Alien franchise, and adding its own, never-seen-before elements to this iconic universe. The gameplay we have developed is unique, inspired from our favorite tactical and CRPG games and packaged in nerve-wracking, real-time action. Translating from film to our game the sheer terror caused by the deadliest species known to man was quite a challenge, but I’m confident most of you will end up in strung-out shape – as Hicks himself would say.” Romain Clavier, CEO & Creative Director at Tindalos Interactive

“We’re excited to continue expanding upon the beloved Alien franchise with a deeper single-player story experience thanks to the bright minds from our friends at Focus and Tindalos” said Luigi Priore, vice president at Disney, Pixar & 20th Games. “Fans of the franchise should be excited to jump into a new genre experience and a new tactically thrilling gameplay offering unlike any of our previous Alien game titles”.

A new and original Alien story

Explore the horrors and wonders of the Alien universe like never before, immersing yourself in a brand new Alien storyline that introduces a new threat and a cast of new marines to the iconic horror franchise. Uncover planet Lethe’s sinister secret, battle against an onslaught of iconic Xenomorph creatures and put an end to this new menace.

Recruit, gear up and customize your squad of Marines with an extensive arsenal of weapons, armor, and special abilities while exploring, as enemies will adapt their tactics to your actions to hunt you down. When ready, embark on high stakes missions in treacherous territory, all the while gathering resources to fix up the stranded Otago spacecraft and researching tech upgrades for your crew.

Players will command a squad as one unit thanks to intuitive controls, allowing their Marines to automatically prioritize and execute complex actions in real-time, based on their respective skill sets and the environment around them. Navigate levels strategically, making sure to leverage the persistent and reactive environments to your advantage by sealing off checkpoints, unlocking shortcuts, or creating safe zones.

Be cautious and monitor each marines’ vitals – for any who falls in combat, death is permanent.

Anticipate, think fast, and act faster to outwit the lethal creatures from the deeper hive. Will you make it out alive?