I first got to experience Mosaic, an atmospheric, low-poly game about burnout and depression during E3, and was blown away by how well indie developer Krillbite Studio depicts these heavy topics. I was both excited and somewhat dreading the chance to sit down with an extended demo and experience a few more fragments of this aptly named game.

Mosaic is a moody, heavy game, and it really is hard to articulate just how well it projects the negative emotions it is attempting to tackle. This isn’t a game you can speedrun through; you’re forced to slog your way slowly through the day, and just when you think it might be boring, the music swells and the camera pans in slowly in just the right way, and suddenly, I was back there. Back in that dark time in my life when I didn’t even want to turn on the lights to brush my teeth, and the idea of facing myself in the mirror was almost too much. I’ve been in this game, and Mosaic acts as a mirror to those times in my own life, serving as a kind of immersion therapy. 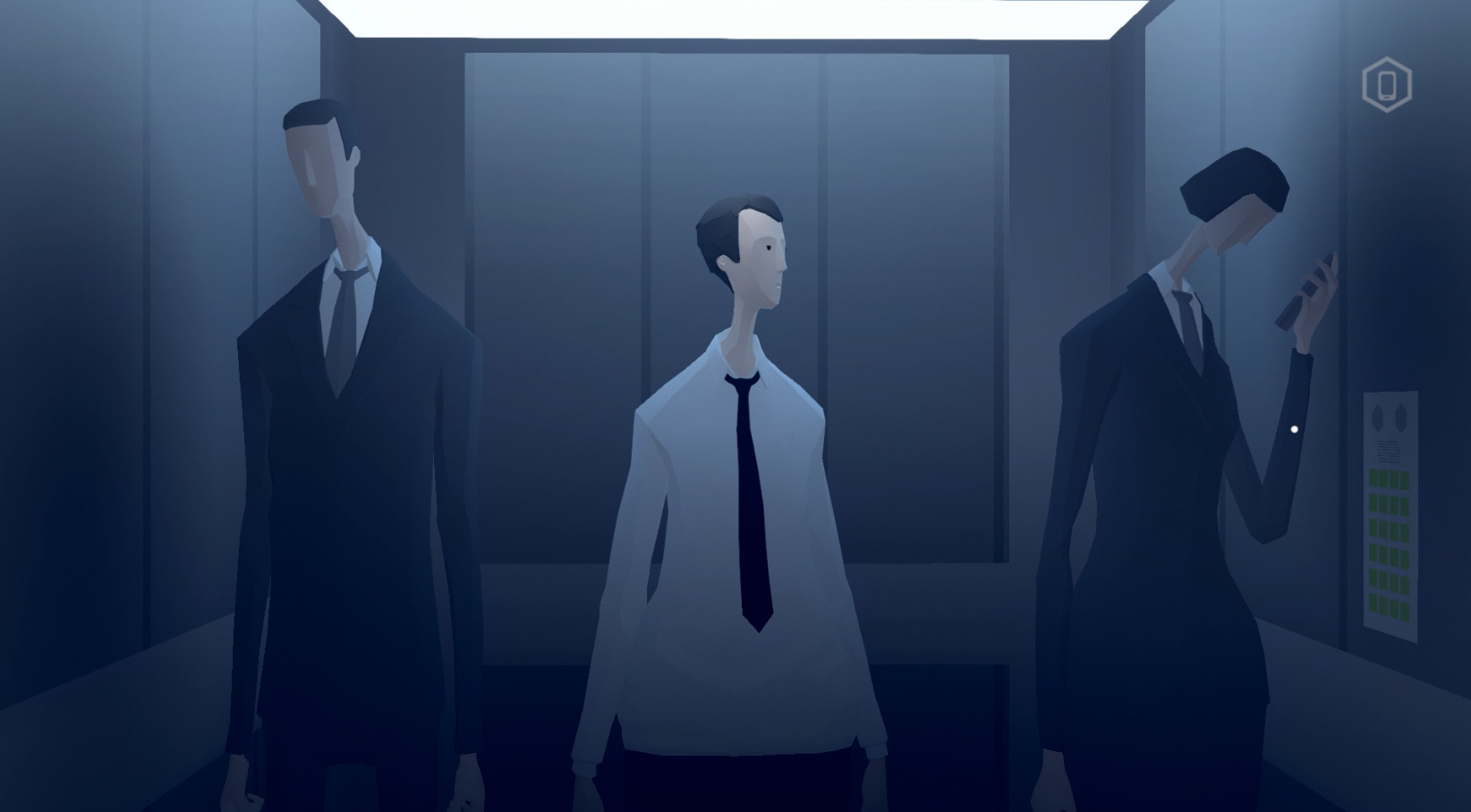 Boredom, drudgery, pointlessness, isolation. These are all themes which echo clearly, even in this short demo. The way people in the elevator turn away when you try to face them, the sinking feeling in the pit of your stomach when the rent money is not in your bank account, the sudden impulse to slam the mailbox, rather than face the bills piling up inside. It’s a soul-crushing topic for a game, and yet it’s handled so well, so beautifully, and in a way which offers hope in the smallest, strangest ways.

Mosaic asks you to find the small points of light, the bits of imagination, light, and wonder which can see you through to the next day. Imagination can be a double-edged sword, as it can take you to dark places in the game, or build you up, only to see your moment of fantasy crushed. Will you embrace something wondrous and smuggle a talking goldfish into your office, just to escape the drudgery of another day, or will you simply embrace your lot and flush it down the toilet? This isn’t a flight of fantasy, it’s an actual decision you’ll have to make within the game.

Mosaic is due out this year for PlayStation 4, Xbox One, and PC, though it does not have a confirmed release date. Learn more about this moody, reality-shattering game at the Mosaic website, or Steam.