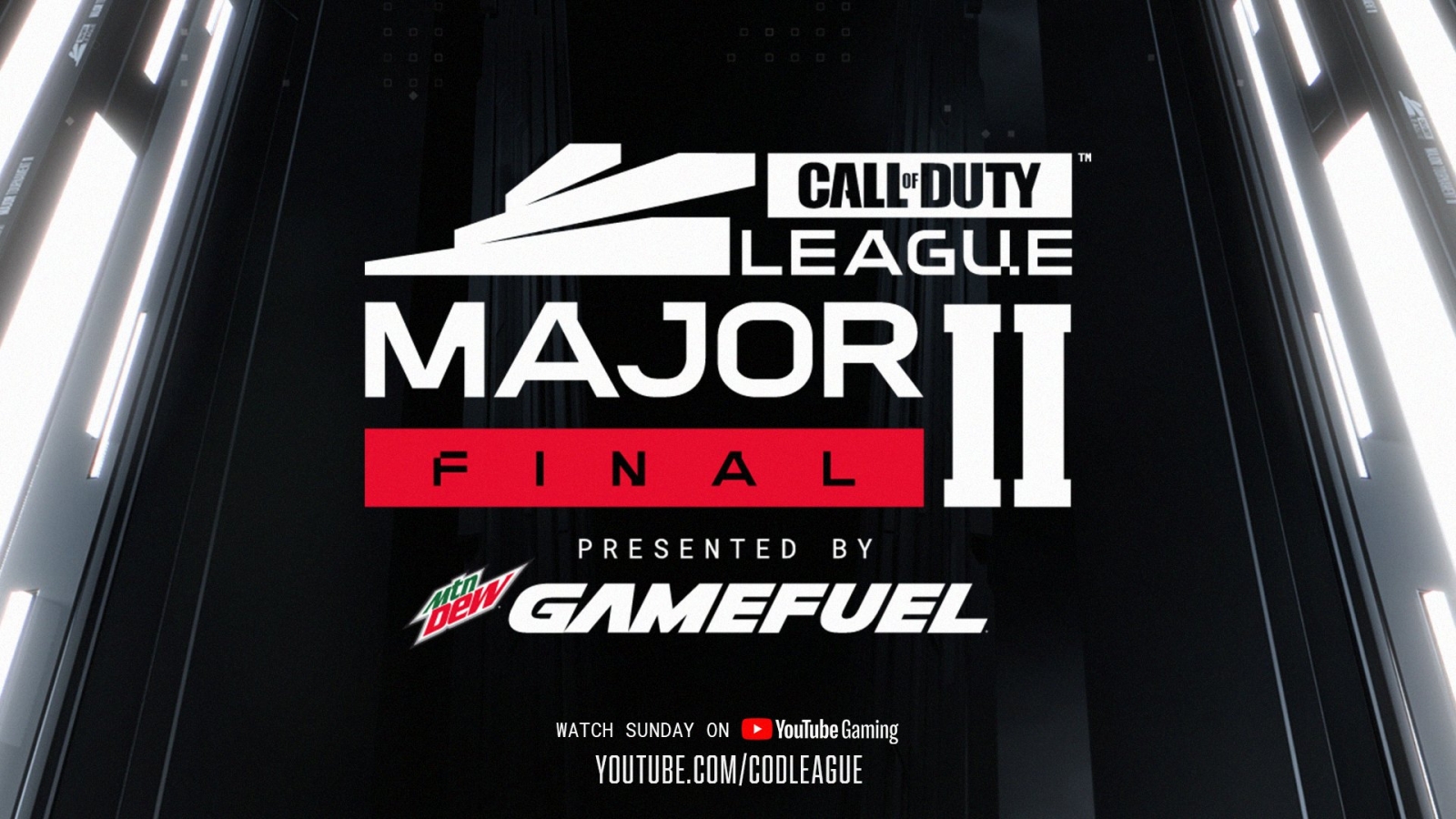 As quickly as it came, Stage 2 of the Call Of Duty League is almost in the books with the next big tournament in sight. We’ve had quite a few big changes in the group play for Stage 2, with some huge headlines. Here are just a couple of things that made this stage so interesting-

While Standy (Eli Bentz) was certainly a standout and a major reason the Minnesota Rokkr went from zero to sixty in a hurry, we’ve also seen several other rookies come to play, like Insight (Jamie Craven) with his nearly record-breaking 18-8 K/D in Miami S&D in his debut match, and PaulEhx (Paul Avila) leading the London Royal Ravens to their first wins of the season. The Los Angeles Thieves haven’t had everything come together as much as they’d hoped after a hot start to the season with rookie player Venom (Carlos Hernandez) still adjusting, but they’re making some moves, benching former champion SlasheR (Austin Liddicoat) for last season’s substitute Drazah (Zack Jordan). Los Angeles is anticipating better results with this shake up after losing four matches in a row. Below is a look at how all of the group play matches played out to set up the major- 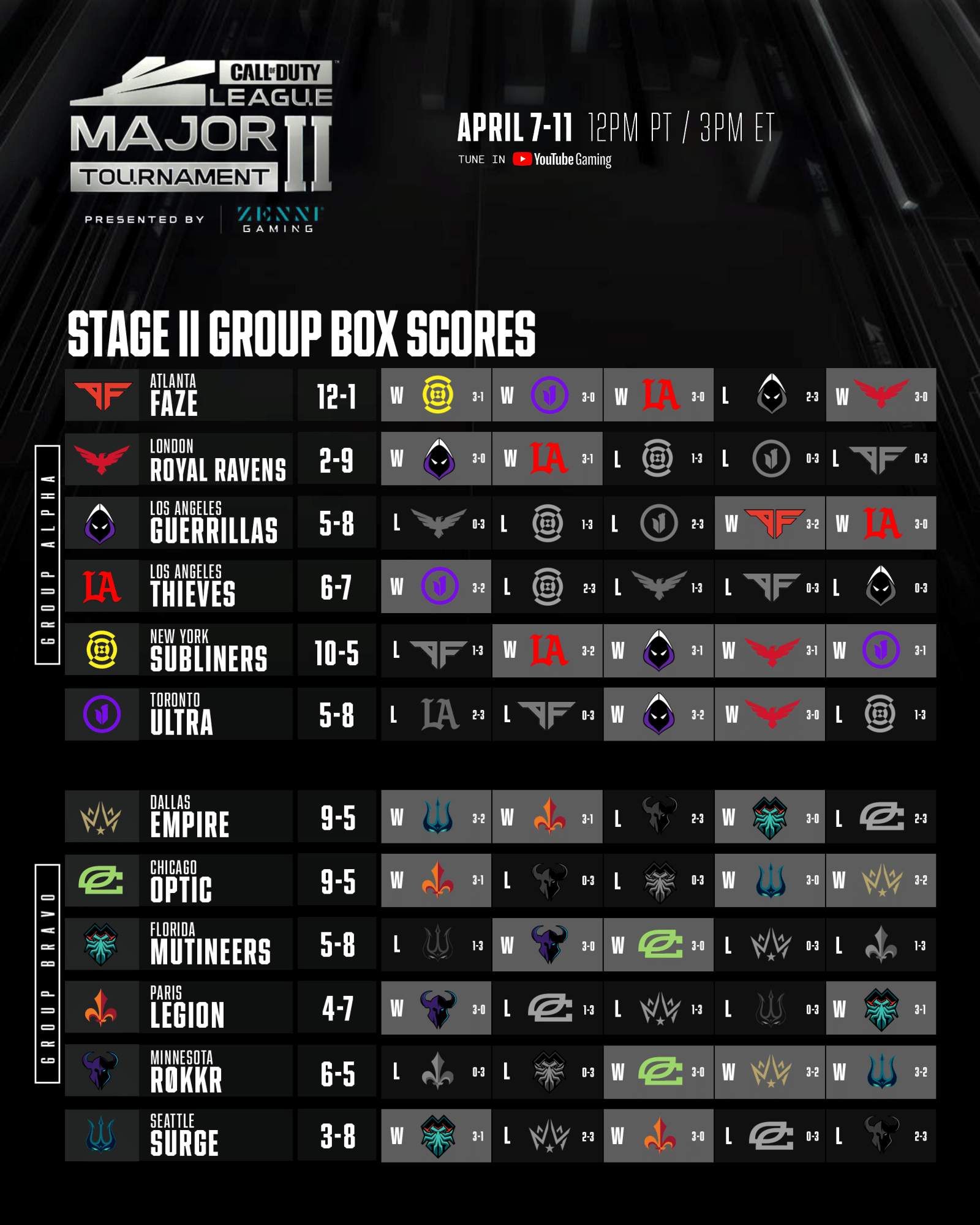 For those interested in this weeks major, we have the schedule and bracket for you as well! You can also go to pickem.callofdutyleague.com/ and make your picks as to who’s coming away with the tournament. There may even be prizes on the line if you link your Activision account. 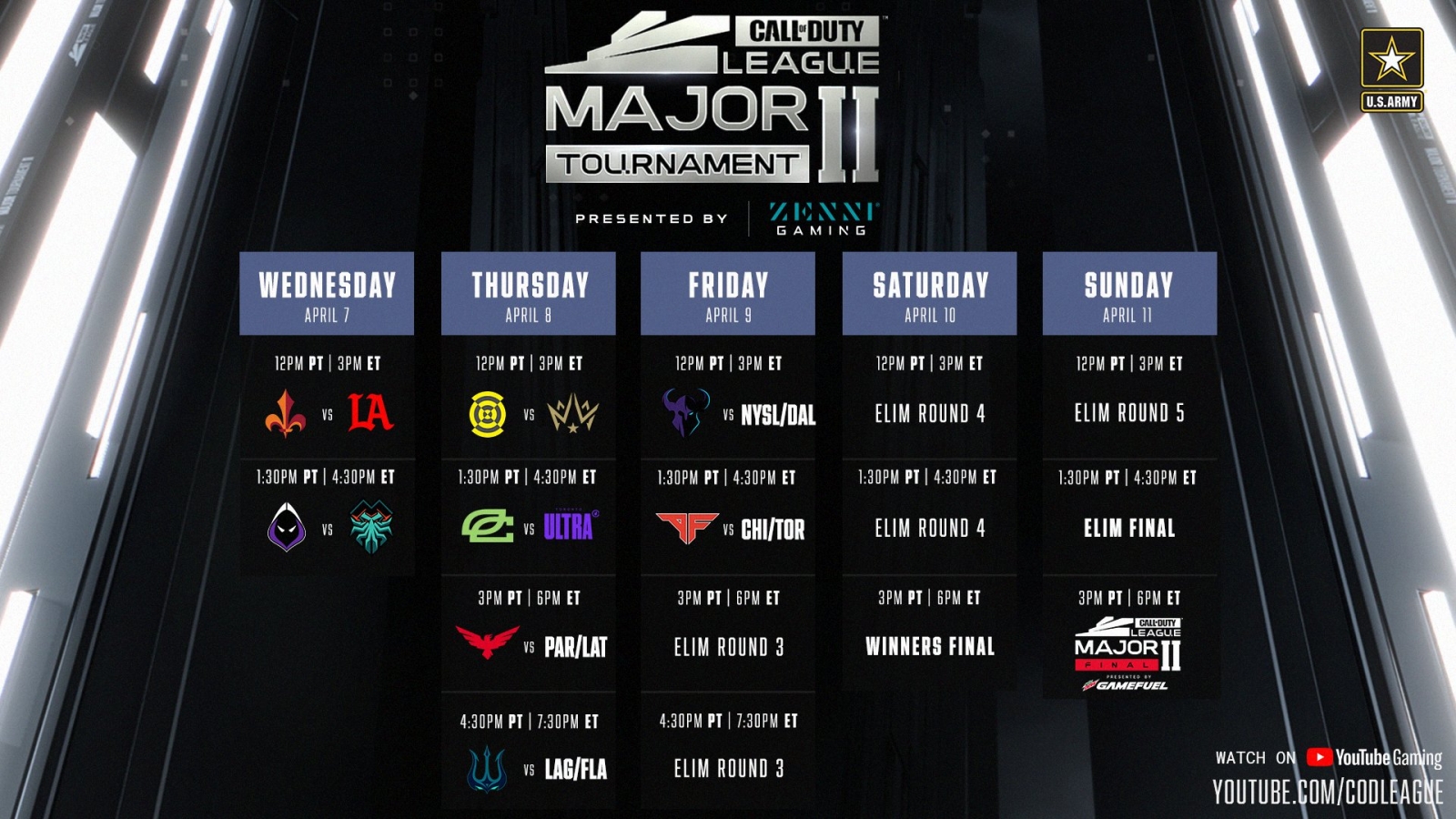 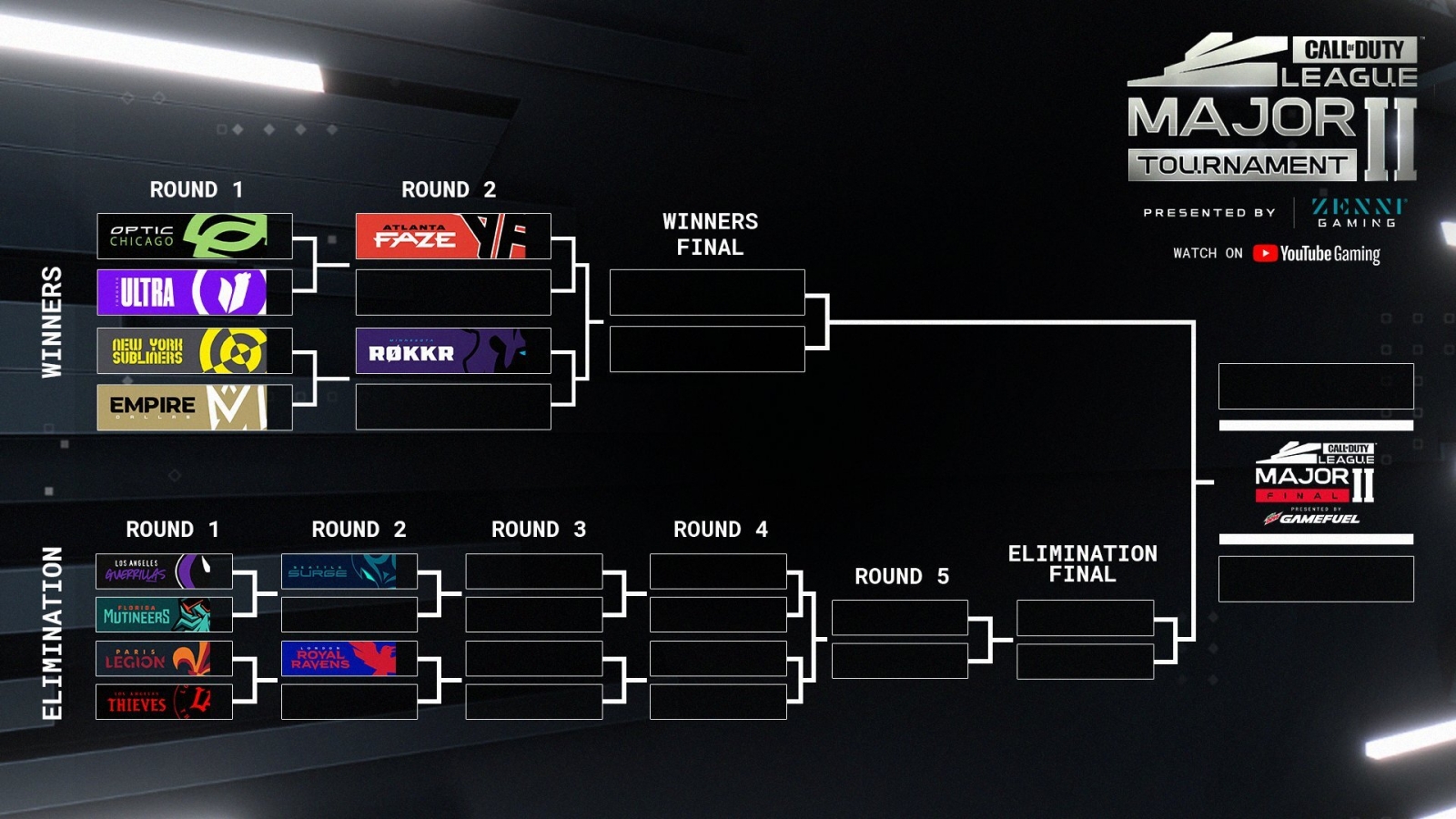 Another fun note to add, Viewers of CDL Sunday can earn new, exclusive in-game items for Call of Duty: Warzone and Call of Duty: Black Ops Cold War by watching matches throughout the day on April 11th. Learn more online.