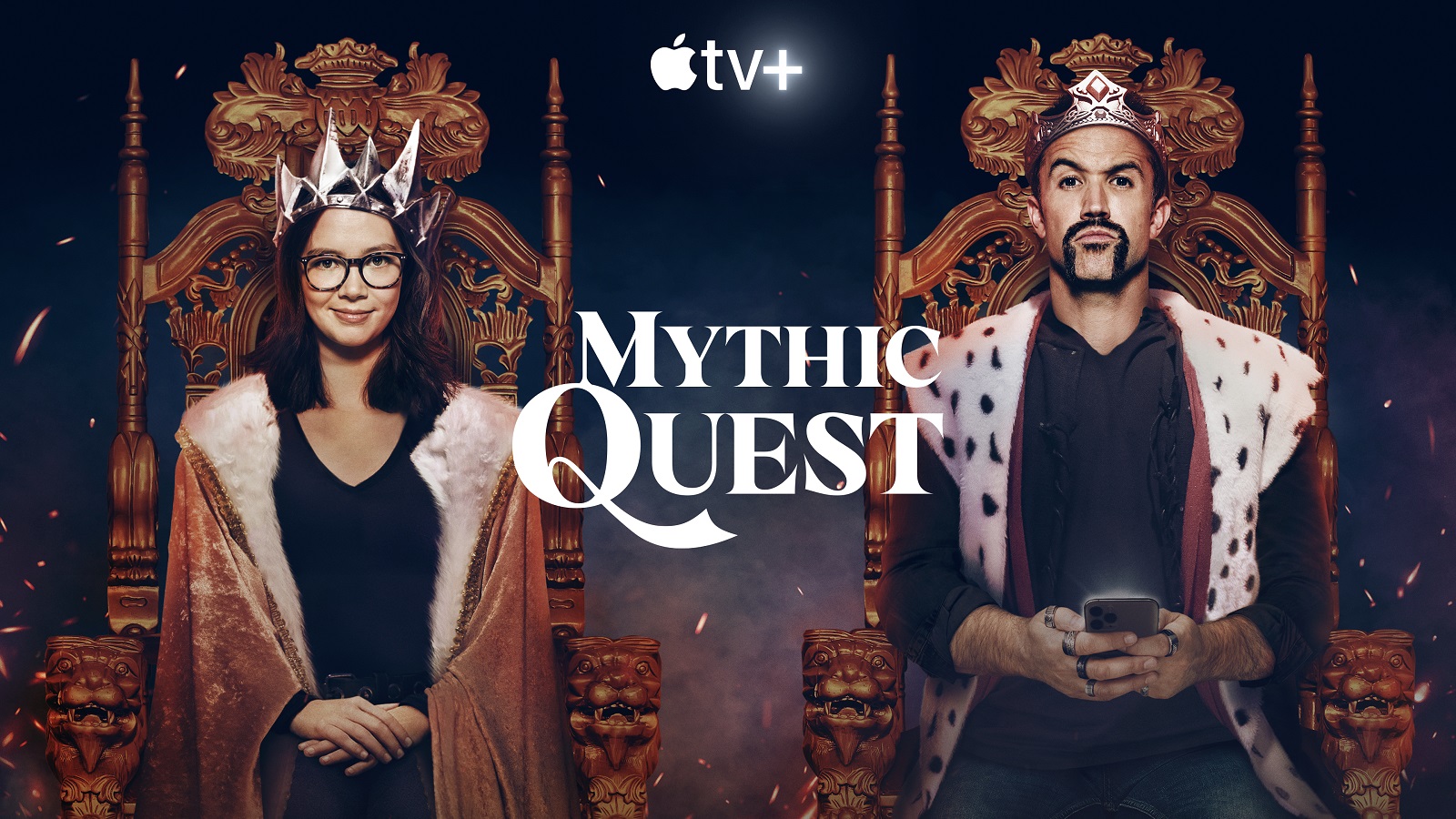 Today, Apple announced that fans of television show Mythic Quest will be able to watch a special new episode of the show on April 16, a little under a month before its season two debut. Everlight is a standalone episode from the first season which depicts the cast heading back to the office.

In “Everlight,” the creative team, once again, presents a relatable subject that people all over the world are currently facing — the return to offices and co-workers.  In addition to the award-winning returning ensemble cast, special guest star Academy Award winner Sir Anthony Hopkins (“Silence of the Lambs,” “The Father”) lends his voice to the episode. This new, half-hour special episode finds the team behind the biggest multiplayer video game of all-time returning to the office for their annual Everlight party, with Poppy and Ian rigging a LARP (Live Action Role-Play) tournament in an underdog’s favor.

“‘Everlight’ is a special episode that addresses the practical and emotional difficulties of returning to normalcy,” said McElhenney. “It’s full of hope and joy and optimism for a bright future. Ahead of our upcoming second season, we felt it was the perfect way (and the perfect time) to invite the audience back into the world of ‘Mythic Quest.’”

“Rob and the entire ‘Mythic Quest’ team have created a beloved cast of characters that have struck a chord with audiences around the world,” said Matt Cherniss, Apple TV+’s head of programming. “After hitting it out of the park with their extraordinary ‘Quarantine’ special episode, we couldn’t wait for viewers to experience their unique take on another topical and universally relatable moment — returning to the office — ahead of the season two launch on May 7.”

“Everlight” follows the broadly acclaimed “Mythic Quest: Quarantine” special episode, which was lauded as one of the best episodes of television produced during the pandemic. The new half-hour, special episode is directed by star, co-creator and executive producer Rob McElhenney and written by Emmy Award-winner, series writer and star Ashly Burch.

Season two of “Mythic Quest” finds everyone back in the office (well, almost everyone), attempting to build upon the success of Raven’s Banquet by launching an epic new expansion, but Ian (Rob McElhenney) and the newly promoted co-creative director, Poppy (Charlotte Nicdao), struggle with the game’s direction. Meanwhile, C.W. (Academy Award-winner F. Murray Abraham) reconciles some unresolved issues from his past, the testers (Ashly Burch and Imani Hakim) test the bounds of an office romance, and David (David Hornsby) loses yet another woman in his life as Jo (Jessie Ennis) leaves him to assist Brad (Danny Pudi). The ensemble cast also features Naomi Ekperigin, Caitlin McGee, Humphrey Ker, Chris Naoki Lee and Jonathan Wiggs.