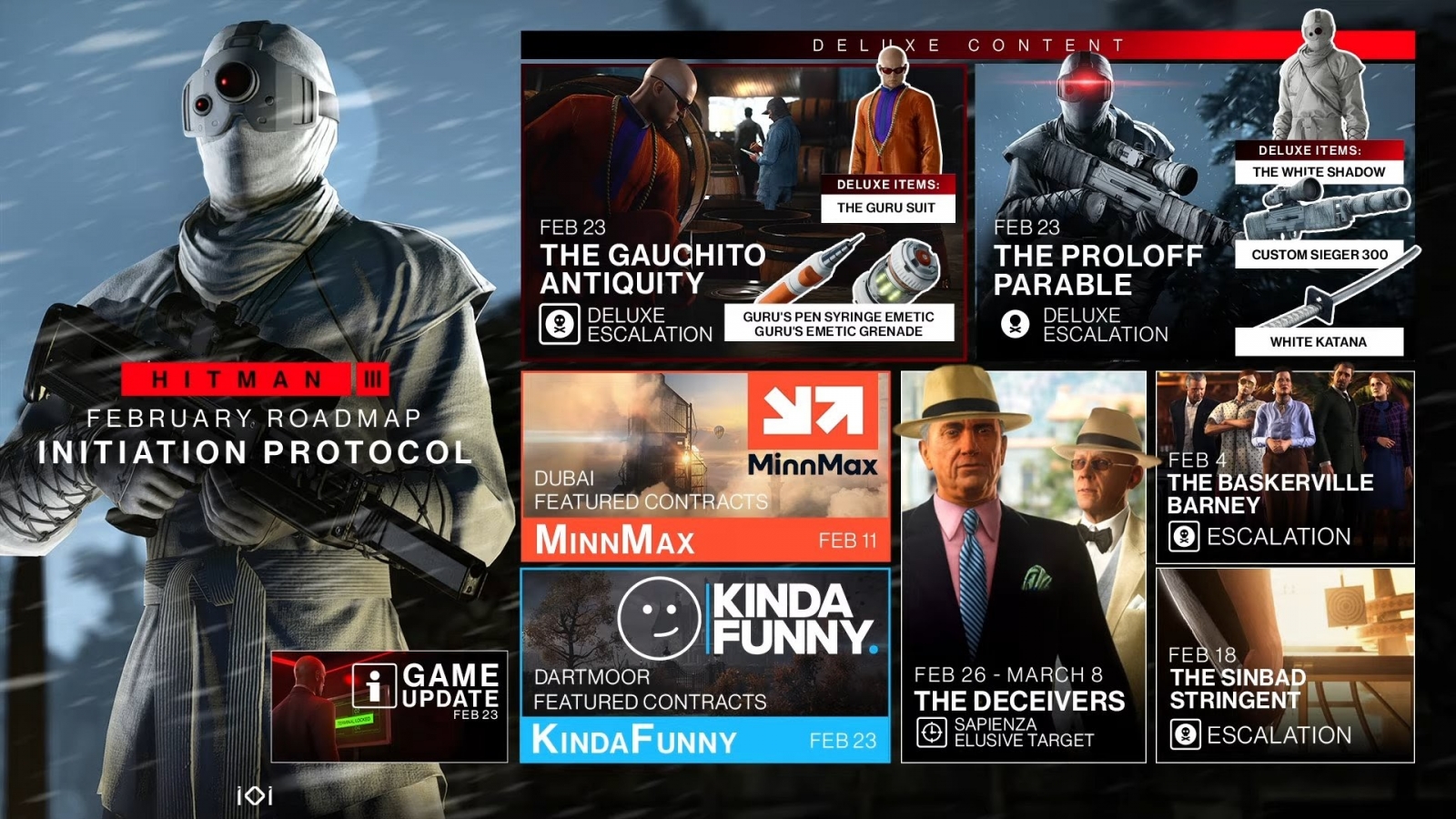 If you were looking to uninstall Hitman 3 to clear up some hard drive space, you might as well put the controller down. Agent 47 will be returning later this month with new content arriving in Hitman 3 starting today, February 4th. IO Interactive has dropped a roadmap for us of what to expect, and when to start up the game to enjoy some new missions. The “Initiation Protocol will follow the following timeline-

For those who may not have played a Hitman game recently, exclusive targets exist in the game during a specific timeline, so you’ll want to make sure you boot up Hitman 3 between February 26th and March 8th if you want to get a shot at taking down the Deceivers in the Sapienza map.  The only question will be whether or not this will be locked behind Hitman 1 as Sapienza is a location from that game. We’ve reached out to PR for said information and will update this article as we know anything further. (UPDATE: IO Interactive has confirmed the need to have imported the Hitman 1 map Sapienza into Hitman 3 to access the Deceiver’s Elusive Target)

Hitman 3 is available now for PlayStation 5, PlayStation 4, Xbox One, Xbox Series S/X, PC, Stadia, and Nintendo Switch through the cloud. We thought very highly of the game in our review, and it’s definitely a game of the year contender, even this early in the year.