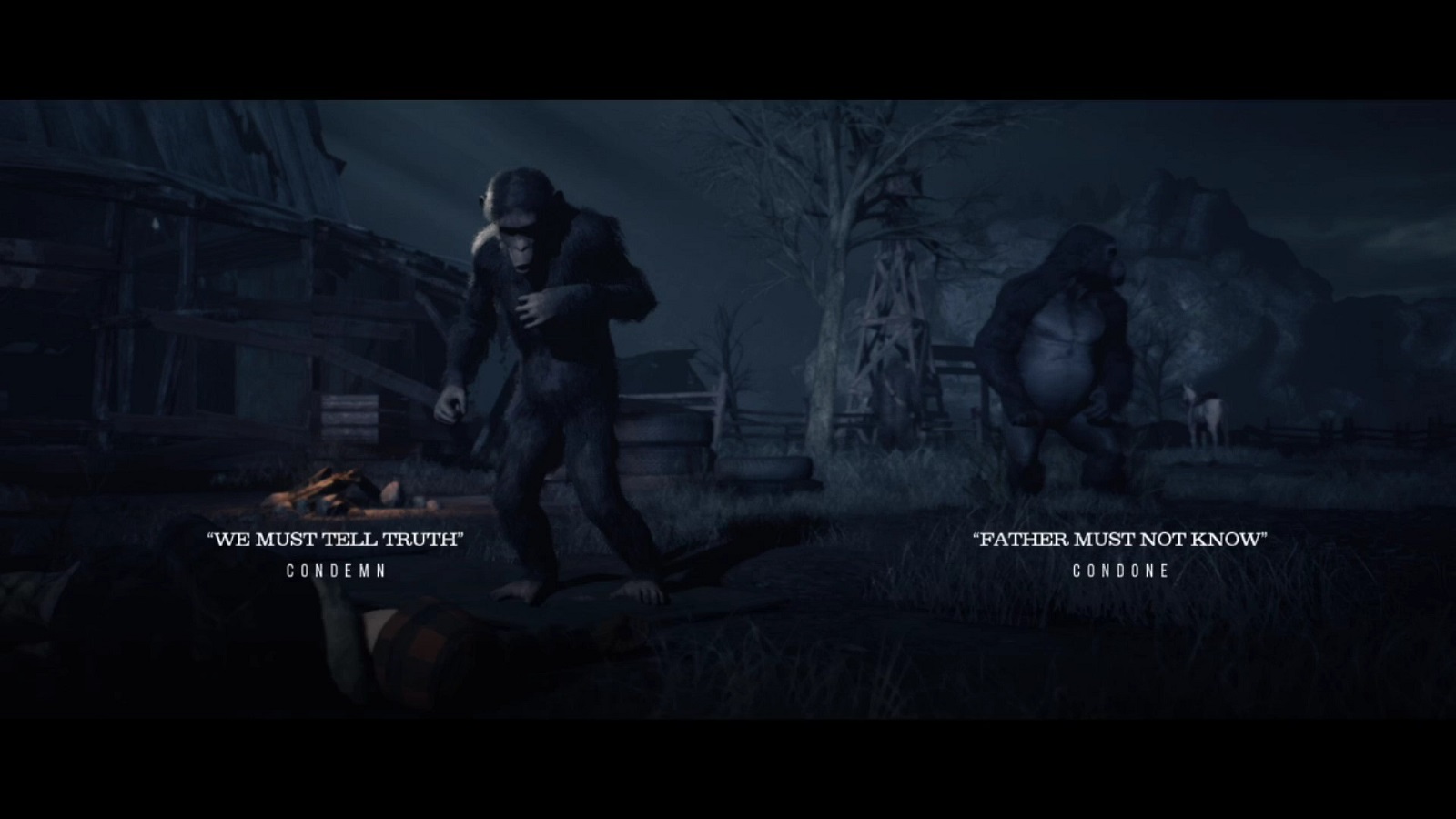 Today, independent publisher Limited Run Games announced that it will physically release Planet of the Apes: Last Frontier and Duck Game on September 13. Duck Game will come in standard and deluxe editions, with an open pre-order for the standard editions of Duck Game available for two weeks.

Planet of the Apes: Last Frontier utilizes the Sony Playlink technology as players will have to decide some life-or-death choices throughout the game’s runtime.

Planet of the Apes: Last Frontier is a narrative adventure game of conquest, betrayal, and survival. When the fates of a tribe of apes and a band of human survivors intertwine, two worlds collide as their precarious existence hangs in the balance.

Players play both sides of the growing conflict, gaining a deep understanding of the motivations, hopes, and fears of humans and apes alike. The destinies of each species rest entirely on the player as the game pushes towards a tense, fragile peace, or a final bloody battle. 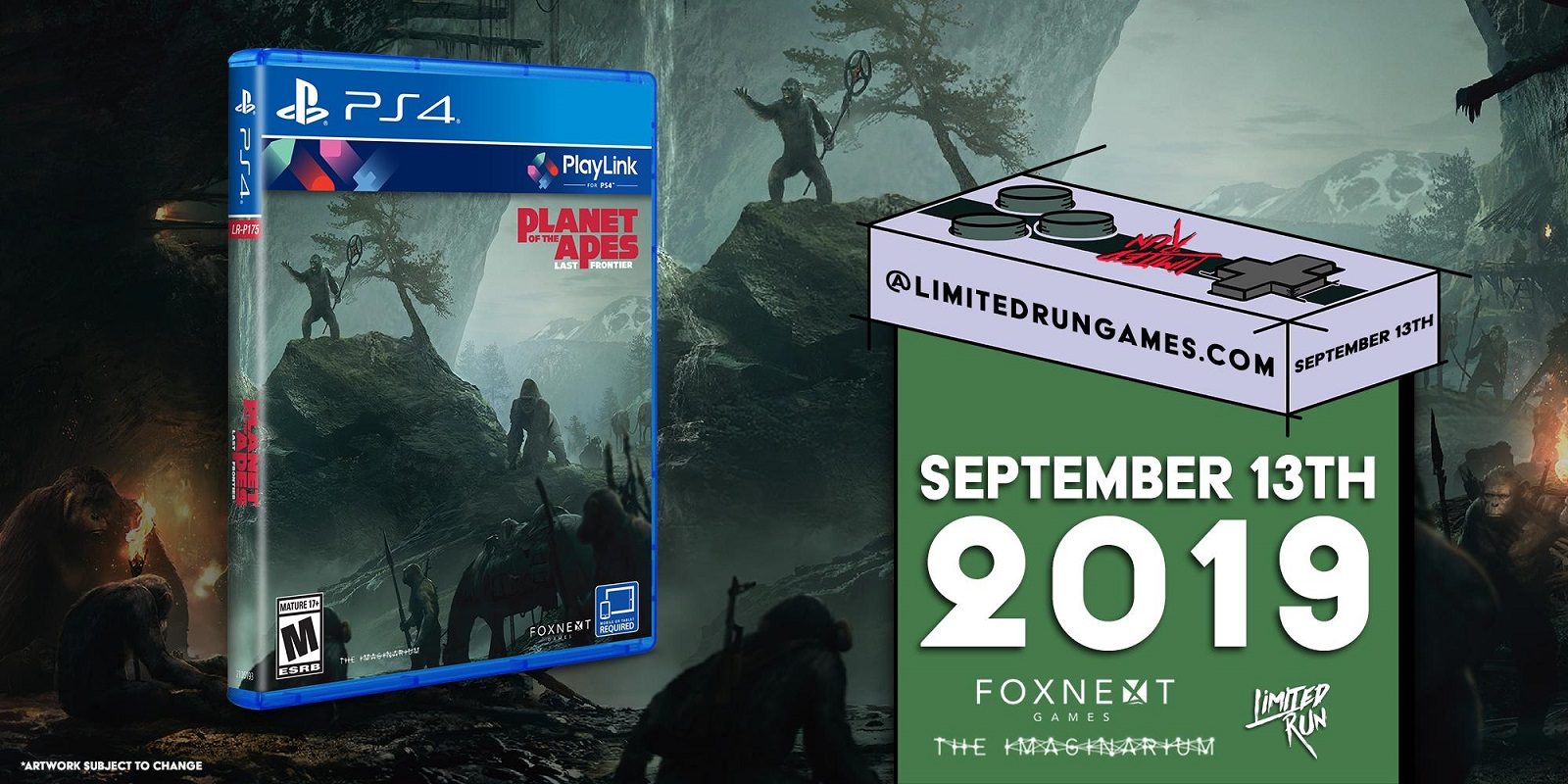 On the other side of things, Duck Game is a game about ducks. The limited deluxe edition will be first-come-first-serve, but the standard editions will be available to pre-order for two weeks.

Enter the futuristic year of 1984, an age where ducks run wild in a frantic battle for glory. Win over the crowd and gain a following by blasting your feathered friends with Shotguns, Net Guns, Mind Control Rays, Saxophones, Magnet Guns, and pretty much anything else a duck could use as a weapon. One hit and you’re roasted. This is DUCK GAME. Don’t blink. 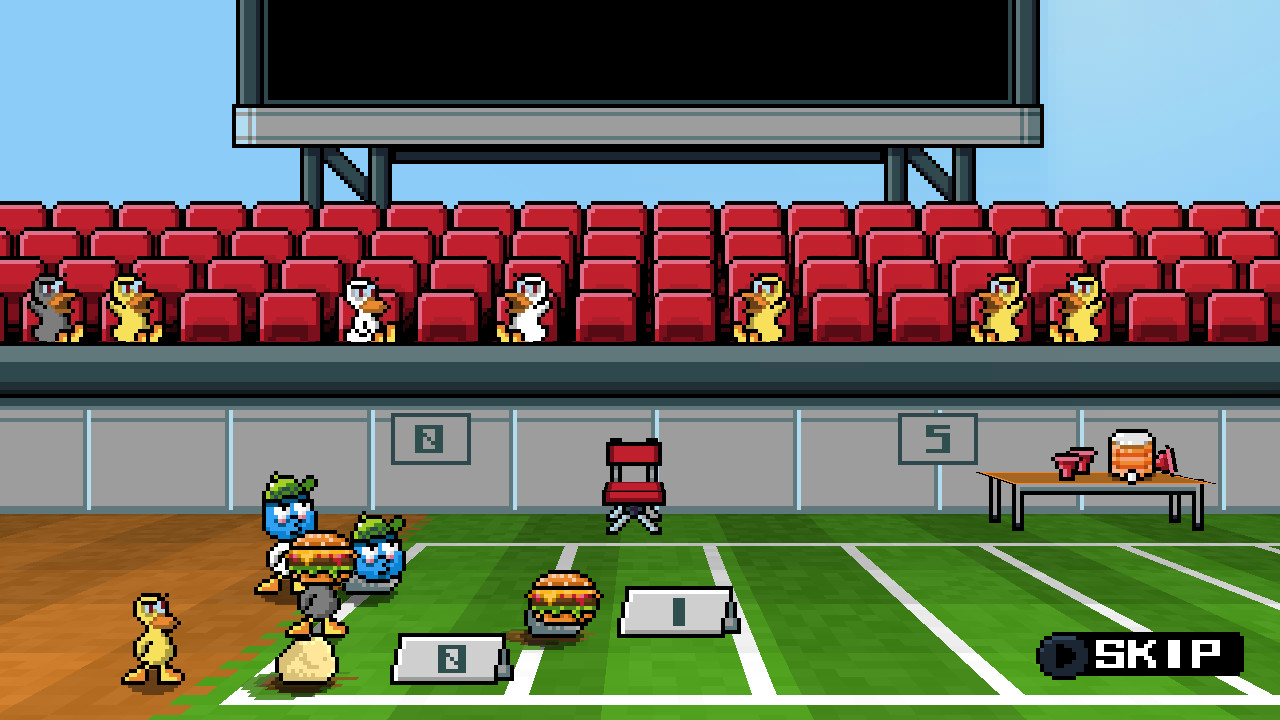 You’d have to be quackers to pass up this Duck Game limited De-ducks Edition, featuring the game for Switch or PS4, the official soundtrack, a double-sided poster, and an enamel pin of Chancy. This Collector’s Edition will be priced at $54.99. You’ll have the chance to grab one either in the 10am ET or 6pm ET batch. 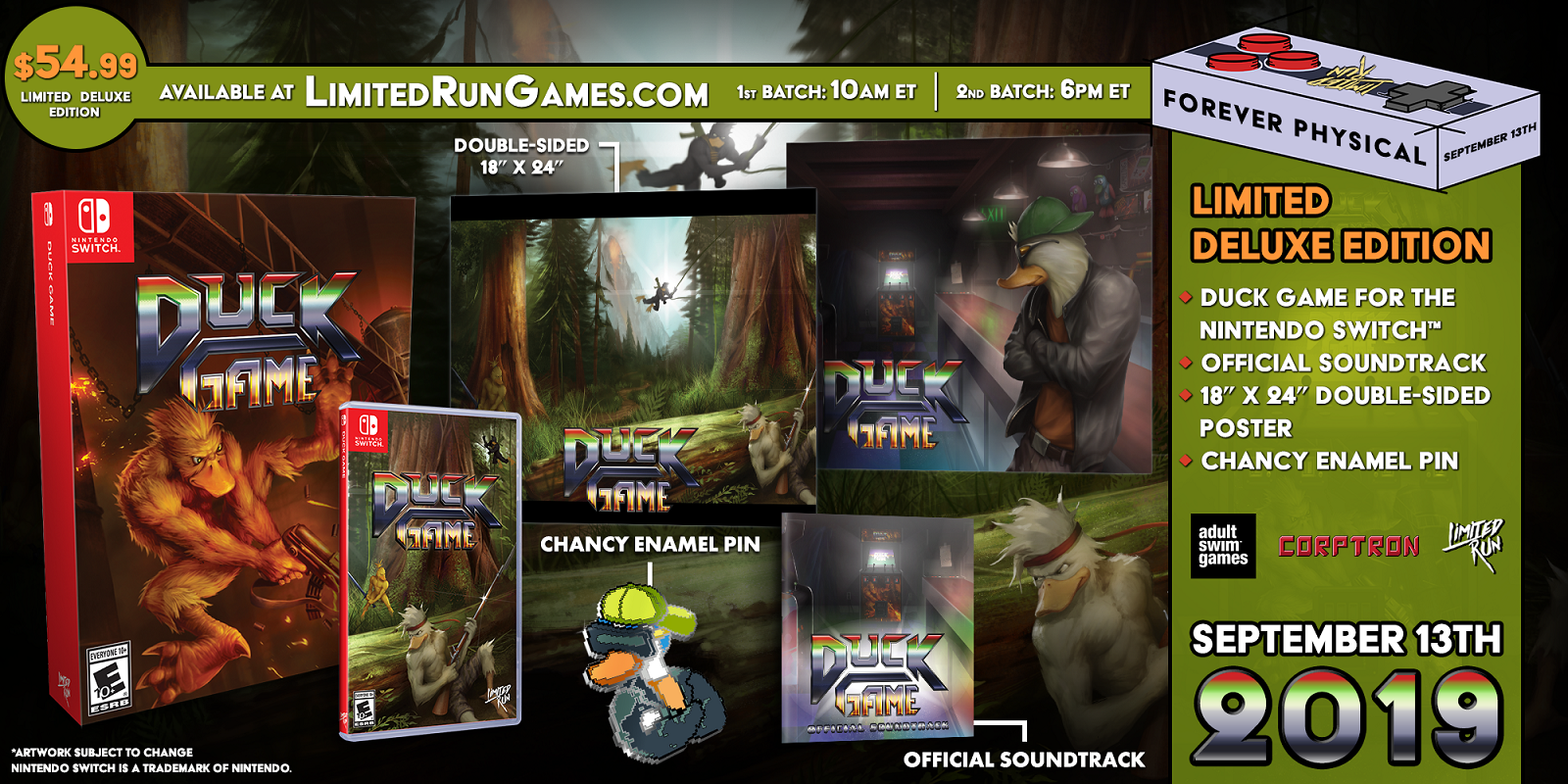 Check out our review of Duck Game, and stay tuned for more news here on Gaming Trend.