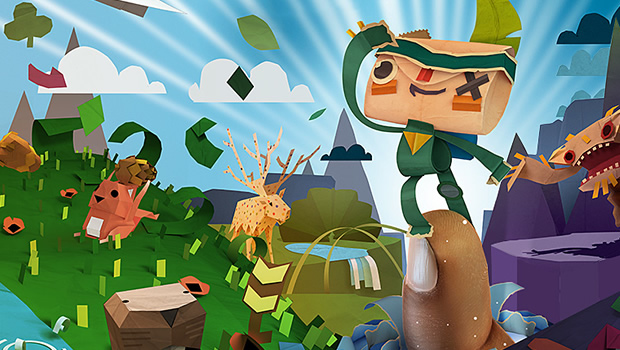 At Gamescom earlier this week, Media Molecule announced plans to release its Vita game Tearaway on the PlayStation 4. The studio was clear that the game was reworked for PlayStation 4, and given the way that the original Tearaway was so tailor-made for the Vita, it doesn’t seem very likely that the game is a straight port. But there’s been a little bit of clarification as to just how much is different from the Vita version in the PlayStation 4 version called Tearaway: Unfolded.

According to IGN, Tearaway: Unfolded will be pretty much a 50/50 split between the Vita version of the game and new content made from the ground up for PlayStation 4. Unfolded will make use of the PlayStation 4’s features, such as the Dualshock 4’s touchpad and lightbar, in place of the Vita’s touchscreens and cameras. Because of this, a lot of the game’s level design will have to be different when it comes to PlayStation 4 sometime in 2015.

For more on Tearaway, check out the Gaming Trend review of the Vita version.