Today, Headup Games announced that it has released the roguelike western shooter Colt Canyon for Xbox One, Nintendo Switch, and PC with a PlayStation 4 release coming soon. The game will allow you face the game’s challenge with no grind-based gameplay.

Get ready to saddle up and slap leather against some ornery varmints, as Headup is pleased to announce today that their Old West twin-stick shooter, Colt Canyon, is arriving today for Nintendo Switch EU / NA, Xbox One, as well as on Steam and GOG.

That’s right, you’ll be loadin’ up yer trusty shootin’ irons and heading to the badlands to rescue your pardner from a gang of no-good bandits, resulting in a bloody mess. PS4 owners will get their chance to deliver some justice later this year. 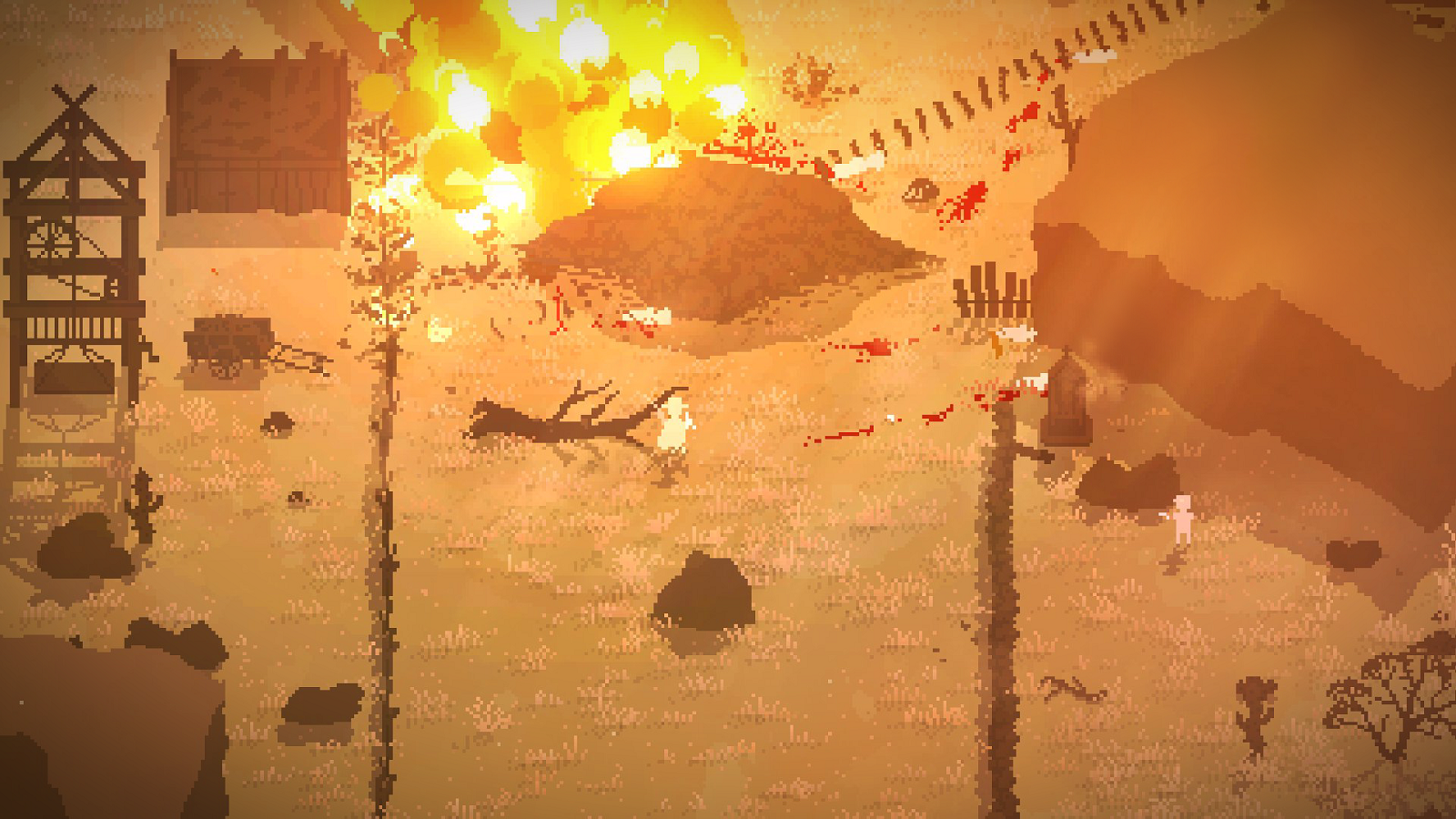 Colt Canyon is a stylish 2D pixel art twin-stick shooter with roguelike elements in which you control a cowboy (or a cowgirl!), whose mission it is to save their kidnapped partner from ruthless bandits. Take your revolver, knife, and TNT and shoot your way through a hostile canyon full of hidden treasures, weapons, obstacles and all kinds of bloodthirsty scum. Perhaps you can save even more people than just your beloved. You can also enjoy Colt Canyon with a friend by playing its two-player local co-op mode.