Yesterday, Klabater and Arclight Creations announced that it will release its upcoming survival game Help Will Come Tomorrow for PlayStation 4, Xbox One, Nintendo Switch, and PC in the first quarter of 2020. The game will focus on a camp of characters as they work together to survive the harsh wilderness of Siberia.

During the onset of the October Revolution in the uninhabitable Siberian wilderness, a group of passengers have survived the mysterious catastrophe of a Trans-Siberian railway train. They must endure in a harsh ice-clad climate until a rescue party arrives. Facing many dangers, their own weaknesses and, above all, their own prejudice, passengers from different social classes will have to unite and make decisions that often go against their beliefs. They will be constantly put to the test and will survive or the decisions will break them. How and if they survive and at what cost is up to the player. 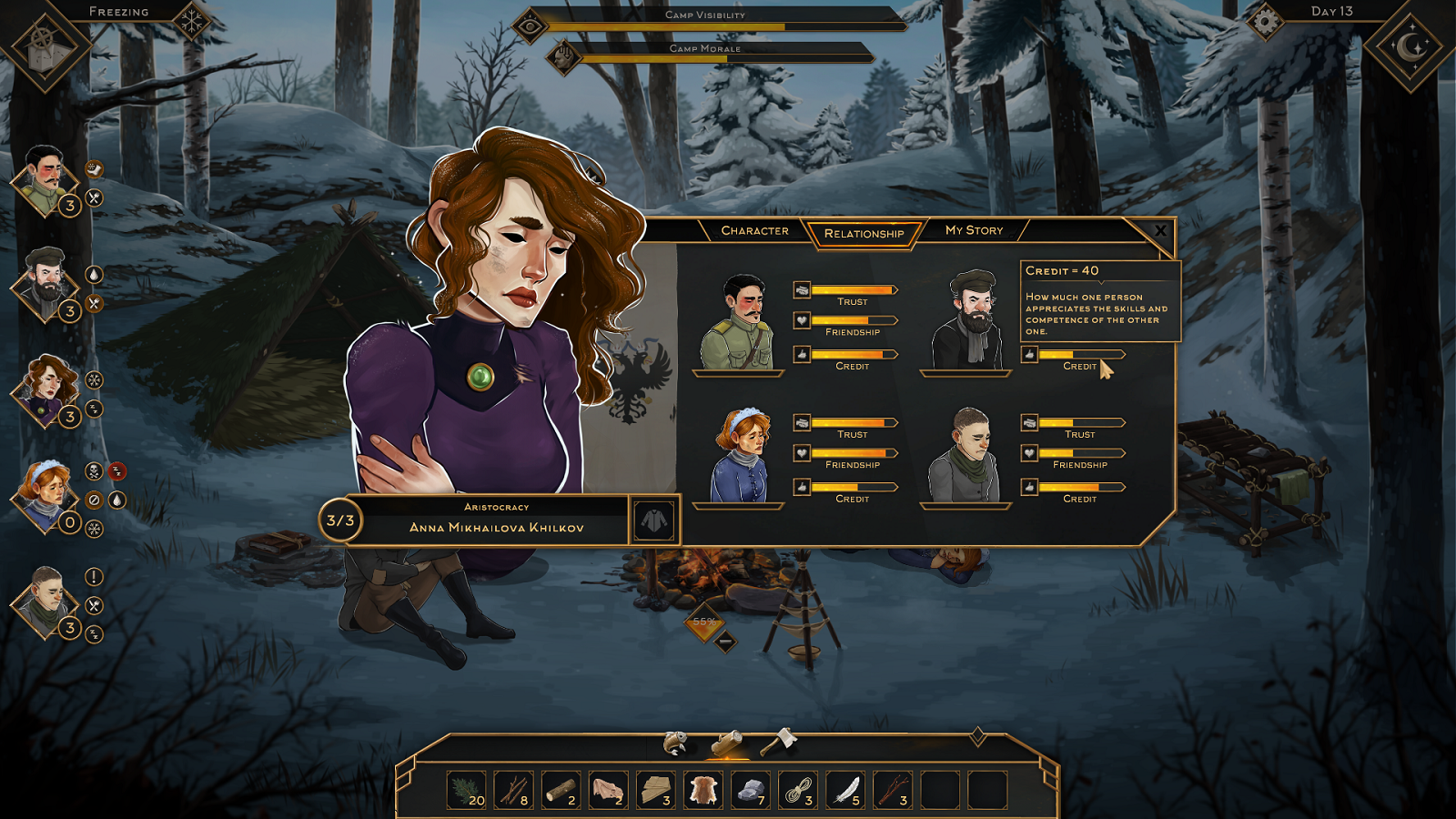 The basic mechanics of Help Will Come Tomorrow focus on the survival of the characters (meeting their needs, gathering resources, expanding the camp, taking care of security, and exploring the surroundings), but players will quickly find out that in order to win, they’ll need to learn the personalities of the characters and work out relations between them, mitigating conflicts and taking care of morale. Players may choose to act selfish but cooperation is key to survival and keeping a clear conscience.