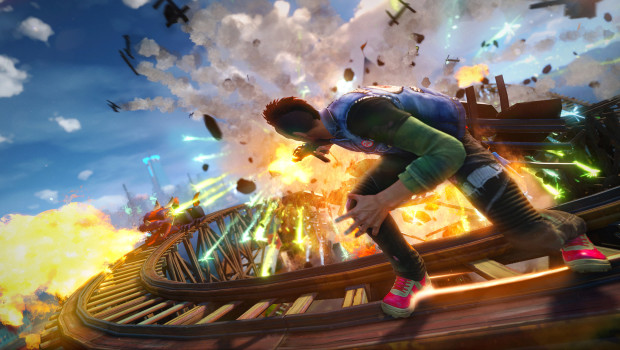 If you liked that white Xbox One that Microsoft employees were given last year, you might be able to get one yourself pretty soon.

French site Micromania has since taken down a listing for a Sunset Overdrive bundle that contained both Insomniac’s Xbox
exclusive debut and the white console. The console was listed at €399 (the equivalent of roughly $535) and had a release date of October 28th, the date Sunset Overdrive is set to hit store shelves.

Whether this was a mistake or an early leak remains unclear. If true, Microsoft will no doubt be announcing the bundle very soon.

For more on Sunset Overdrive, check out our preview from this year’s E3.