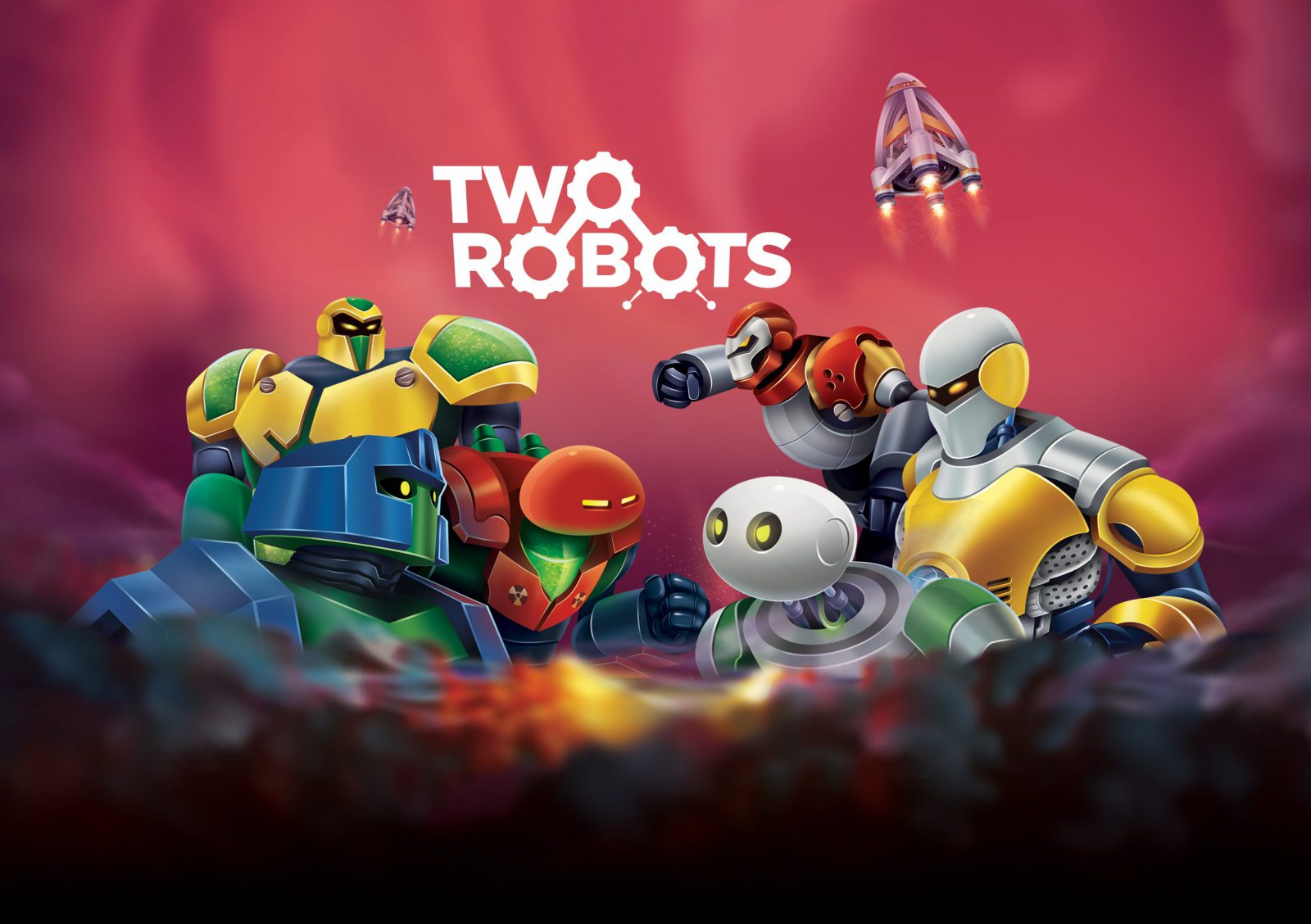 Are you looking for a fun, fast-paced, robot-themed card game that you can take just about anywhere and play with up to three of your friends? If so, you’ll definitely want to go back Two Robots on Kickstarter:

Two Robots is a fast-paced, strategic card game of set collection and player elimination in a far distant future. Players in the game control Salvagers with special abilities attempting to build more robots with scrap robot parts than their friends. Be the first to eliminate all players or build Two Robots, the choice is yours. 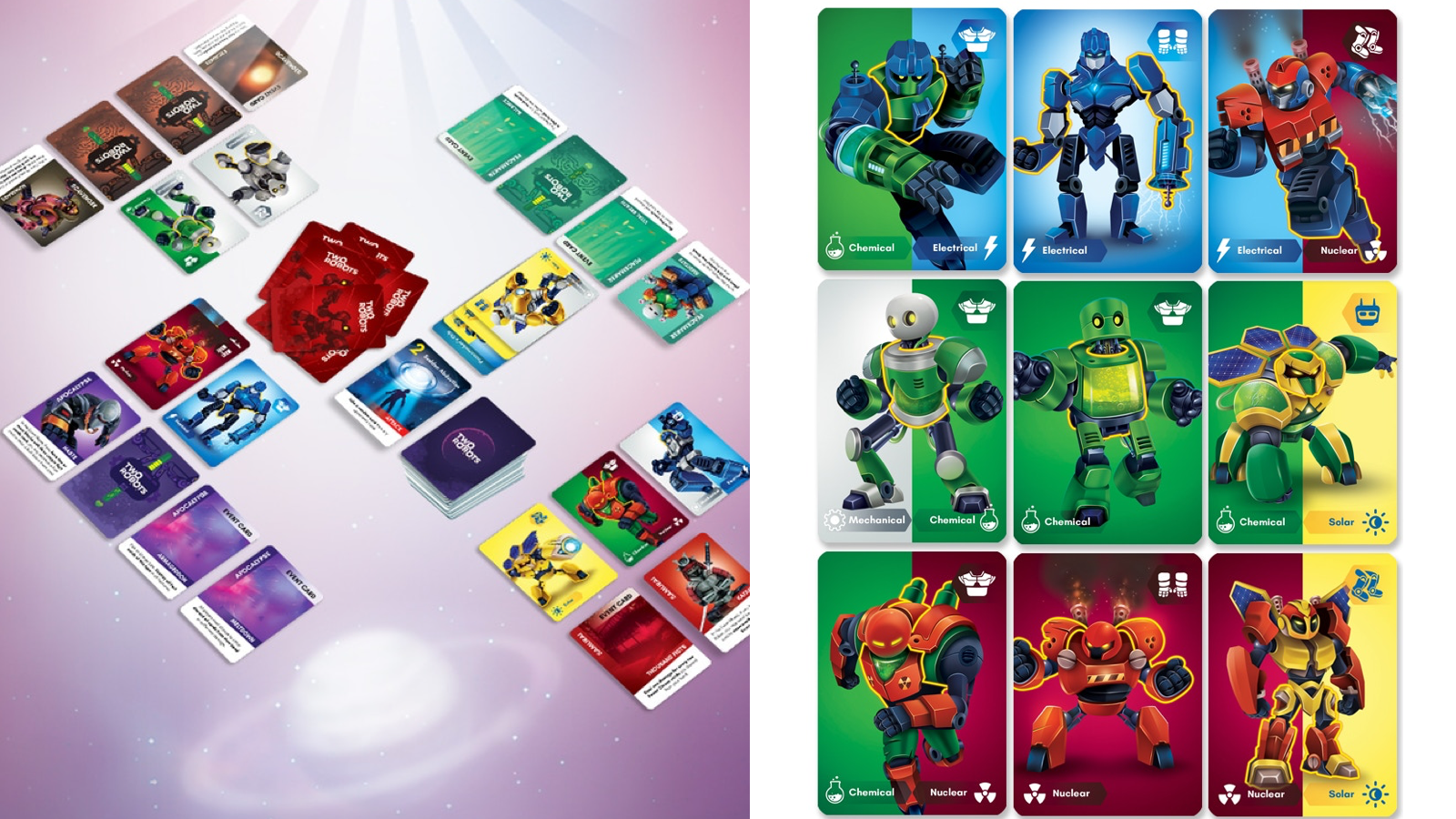 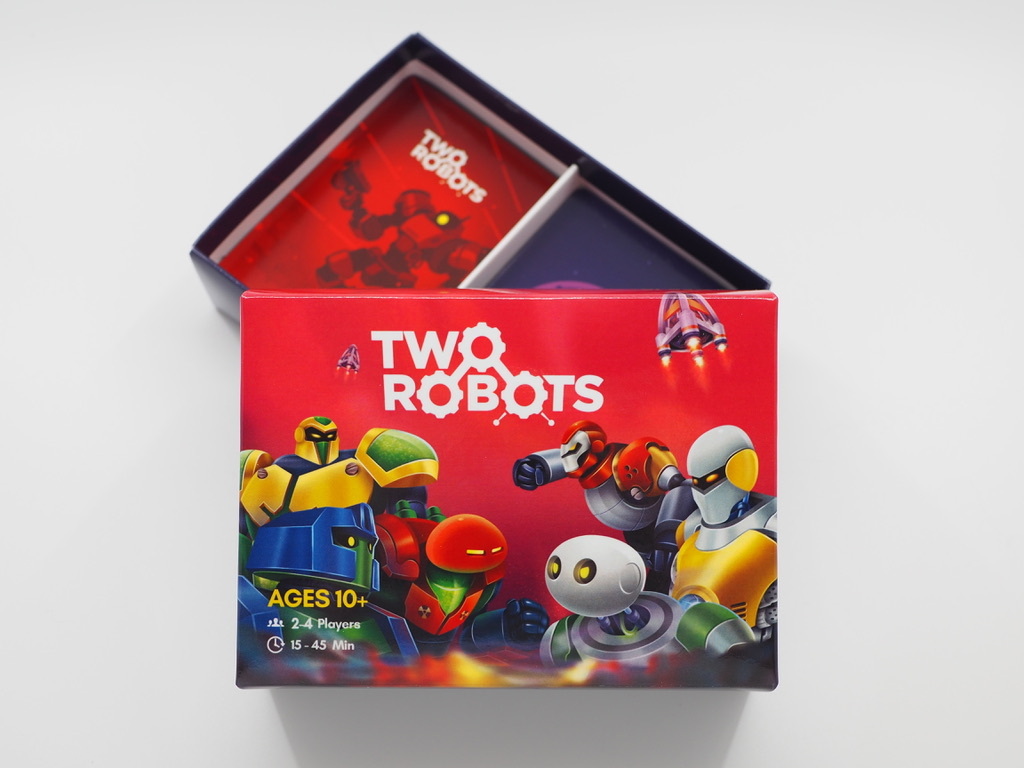 In addition to the colorfully designed cards, the game has an expansive backstory:

The year is now 2876, war has just ended, and humans are now getting back to the surface. A few robots remain, beyond them, scatters of robot parts strewn everywhere. The humans refer to these that remain as Salvagers — and they are no ordinary robots. The radiation transformed them, unlocking powers in robots that humans never thought was possible.

Tasked now with re-building their planet, humans relied heavily on Salvagers to build Robots again from scrap parts. The fields surrounding the once great city of Radixplor were too dangerous for humans to venture, the radiation preventing them from mining precious Tenaxium to power the rebuild. The Salvagers were sent out to bring these parts back to the factories where they could be constructed into Robots once again. However, disagreements on which energy type to build first escalated conflict once again. Tribes were forming, separating themselves from other humans and Salvagers alike. 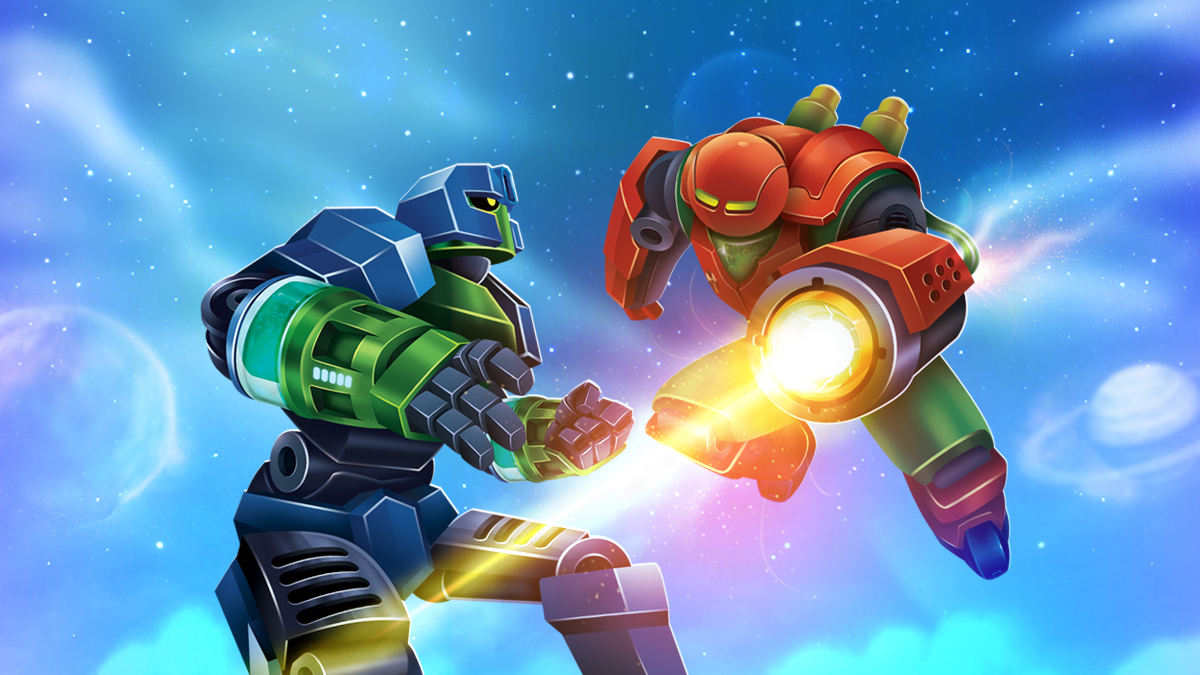 The Two Robots team have worked on this game for the last two years, and it shows. We’ll have a review up of the game soon, but in the meantime watch this playthrough video and back the Kickstarter!