The newest addition to the Final Fantasy family will land on PC, Xbox One, Xbox Series X|S, PS4, and PS5 on March 18th, 2022. Stranger of Paradise: Final Fantasy Origin promises to be a incredibly fast-paced action-RPG experience, featuring new characters and taking the long-running series in new directions. Check out the release date trailer above and read below for more info:

STRANGER OF PARADISE FINAL FANTASY ORIGIN blends challenging and strategic action gameplay with the world and lore of the FINAL FANTASY series to create a unique action RPG experience. Join Jack and his allies as they throw open the gates to the Chaos Shrine and step into a world of dark fantasy and exhilarating battles to discover if they are truly the Warriors of Light the prophecy foretold. 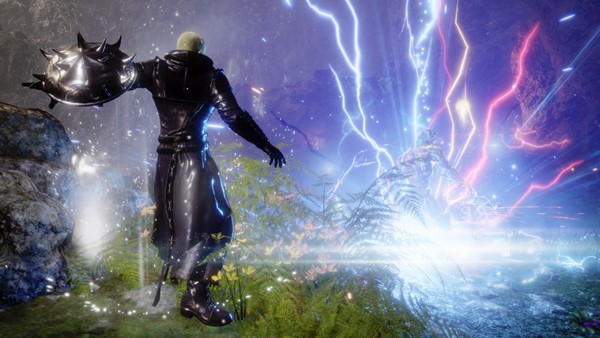 The company also announced the release of STRANGER OF PARADISE FINAL FANTASY ORIGIN TRIAL VERSION 2 on PS5 and Xbox Series X|S—an expansion of the first trial version of the game, which launched in June. Players can explore an additional stage of the game, the Refrin Wetlands, alongside a new ally, experience new playstyles in battle with the addition of multiple new jobs, and fight against an array of new enemies. This will also be the first opportunity for players to sample the game’s multiplayer function. 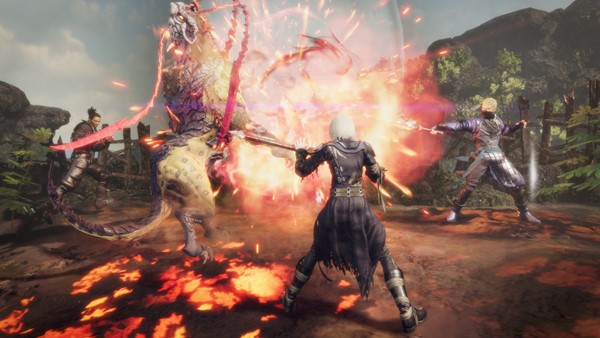 Players who purchase STRANGER OF PARADISE FINAL FANTASY ORIGIN for the PlayStation®4 can download a free PS5 console enhancement update* that includes all the next-gen visual and gameplay enhancements at no extra cost when playing on a PS5™ console. Xbox customers who purchase the physical or digital editions of the game will be eligible to leverage Smart Delivery, meaning they can play their editions across any Xbox One and Xbox Series X|S consoles. The system will automatically select the optimal version of the game for the console being used.

Customers who pre-order the Digital Standard and Digital Deluxe Editions of STRANGER OF PARADISE FINAL FANTASY ORIGIN will receive 72-hour early access to the full game**, as well as in-game items—the “Braveheart” weapon and the Lustrous Shield—and an original PS4™ theme for PlayStation store purchasers. These customers will also receive the early purchase incentive: the “Rebellion” weapon.

Stay tuned to Gaming Trend for more info on Stranger of Paradise: Final Fantasy Origin and for all your gaming, tech, and entertainment news!