Firegirl: Hack ‘n Splash Rescue just looks cool – the art style, the quasi 2D/3D landscape, the gripping 3 minute time limit to save civilians – all adds up to what looks to be a unique, fast-paced experience when it releases on December 14th on the PC, Nintendo Switch, PlayStation, and Xbox Consoles. You can check out the trailer above and read below for more details.

Gothenburg, Sweden – October 1st, 2021 – Thunderful Publishing & Dejima are thrilled to reveal that hotly anticipated indie firefighting game Firegirl: Hack ‘n Splash Rescue will be coming to PC (Steam®), Nintendo Switch™, Xbox One, Xbox Series X|S, PlayStation®4  and PlayStation®5 on December 14th. Ahead of release, players will be able to see what it feels like to wield Firegirl’s trusty axe and high-powered hose first-hand during Steam’s Next Fest event between October 1st – October 7th, where a playable Firegirl demo will be available. 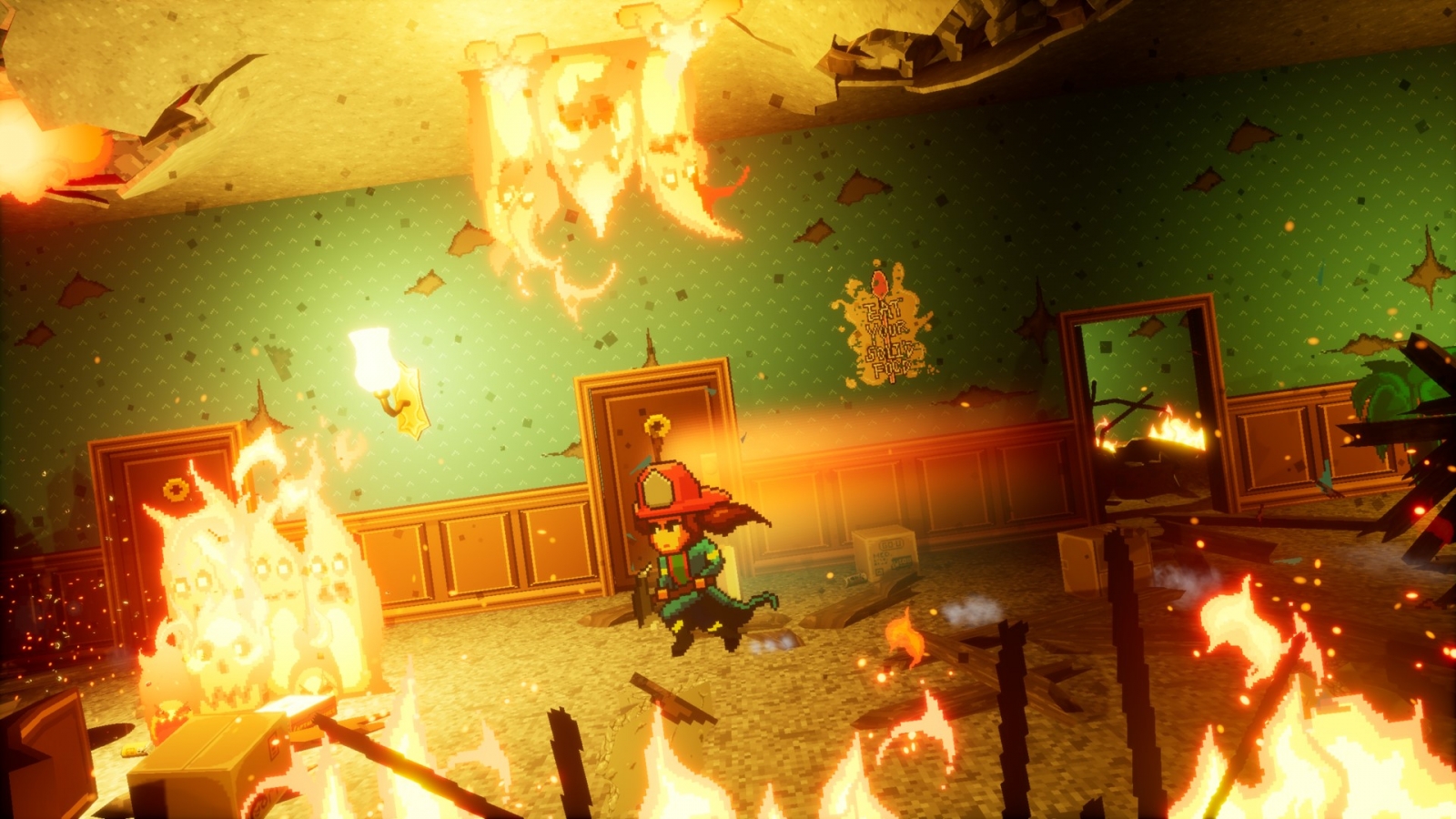 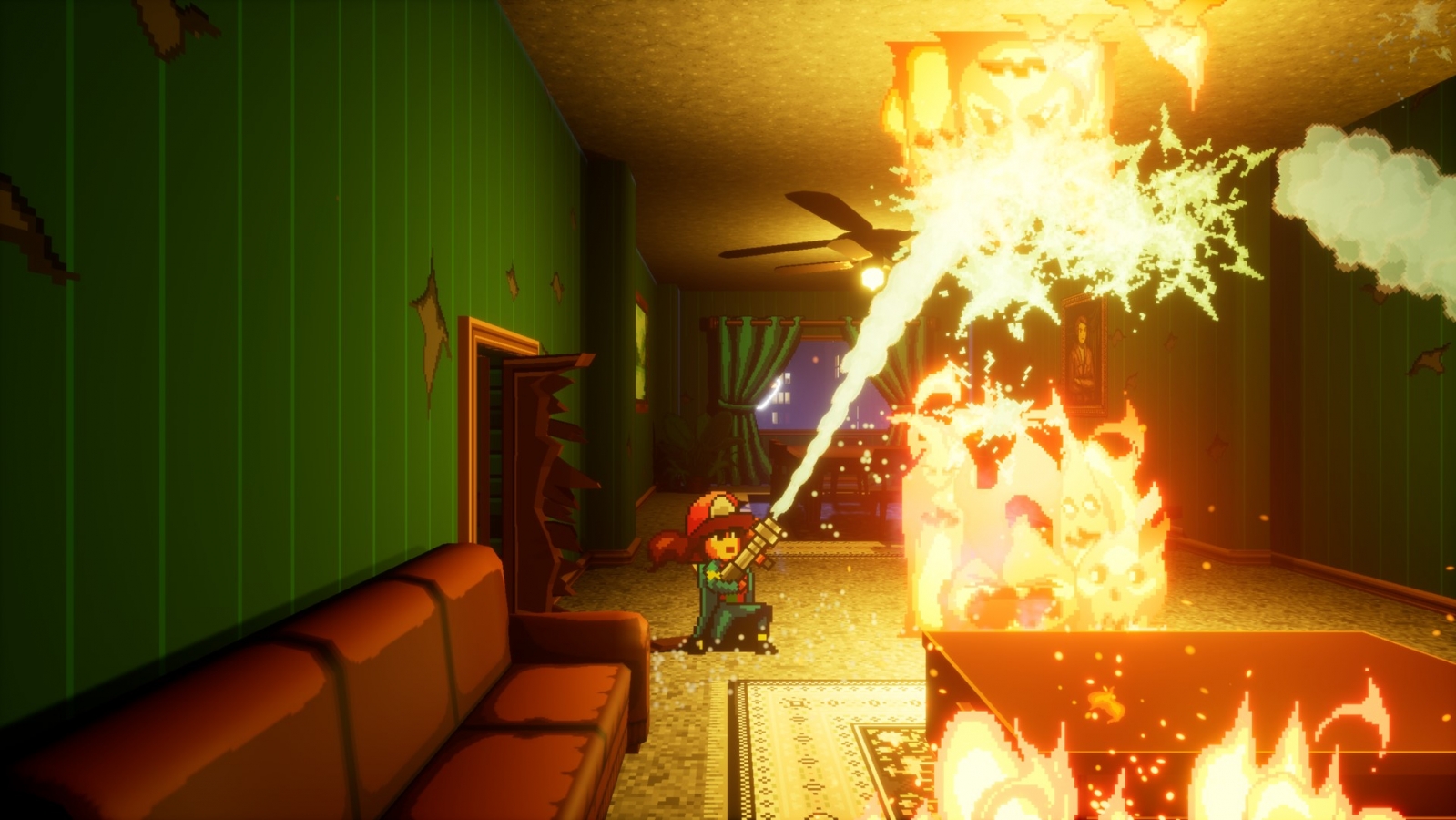 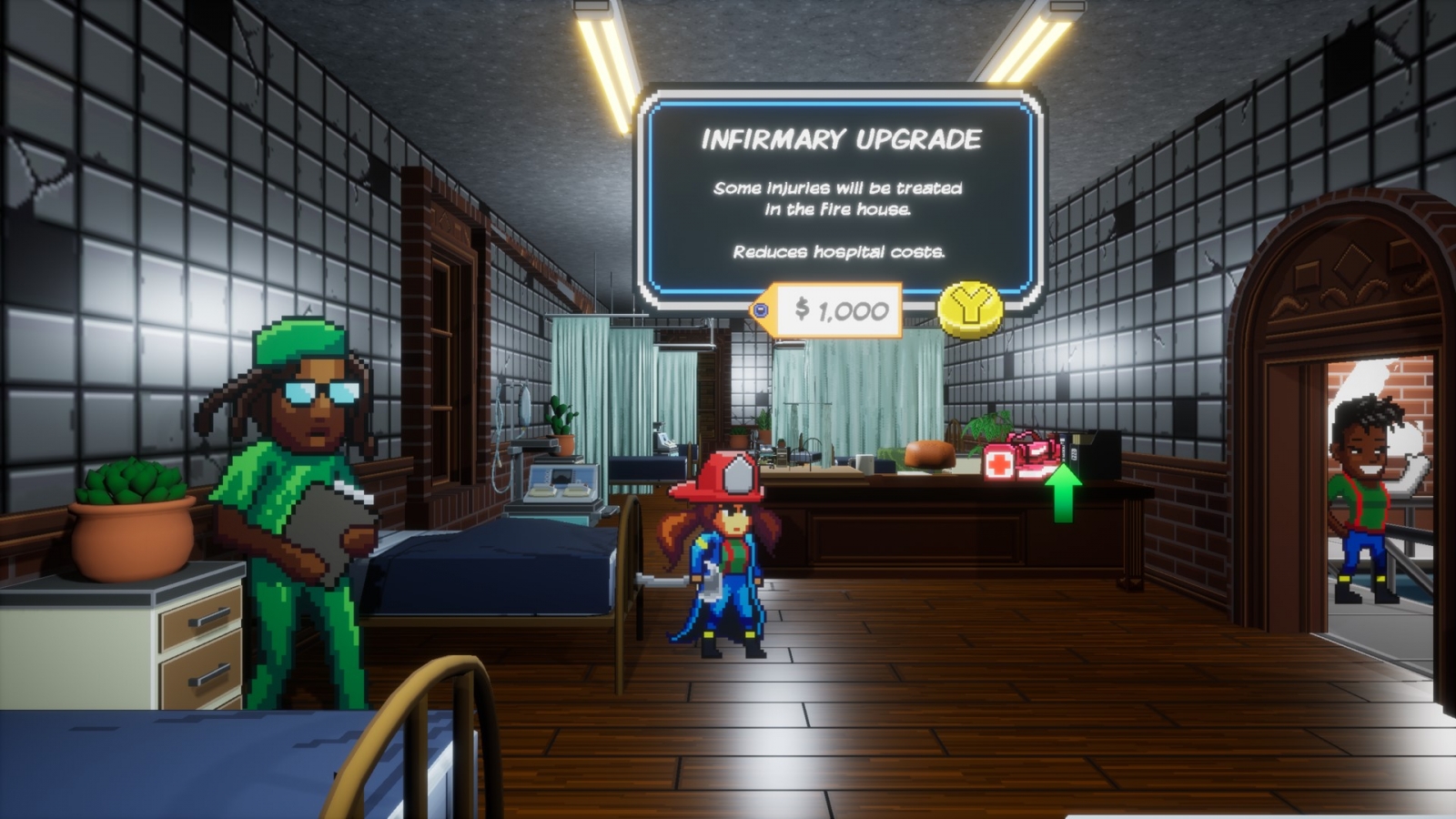 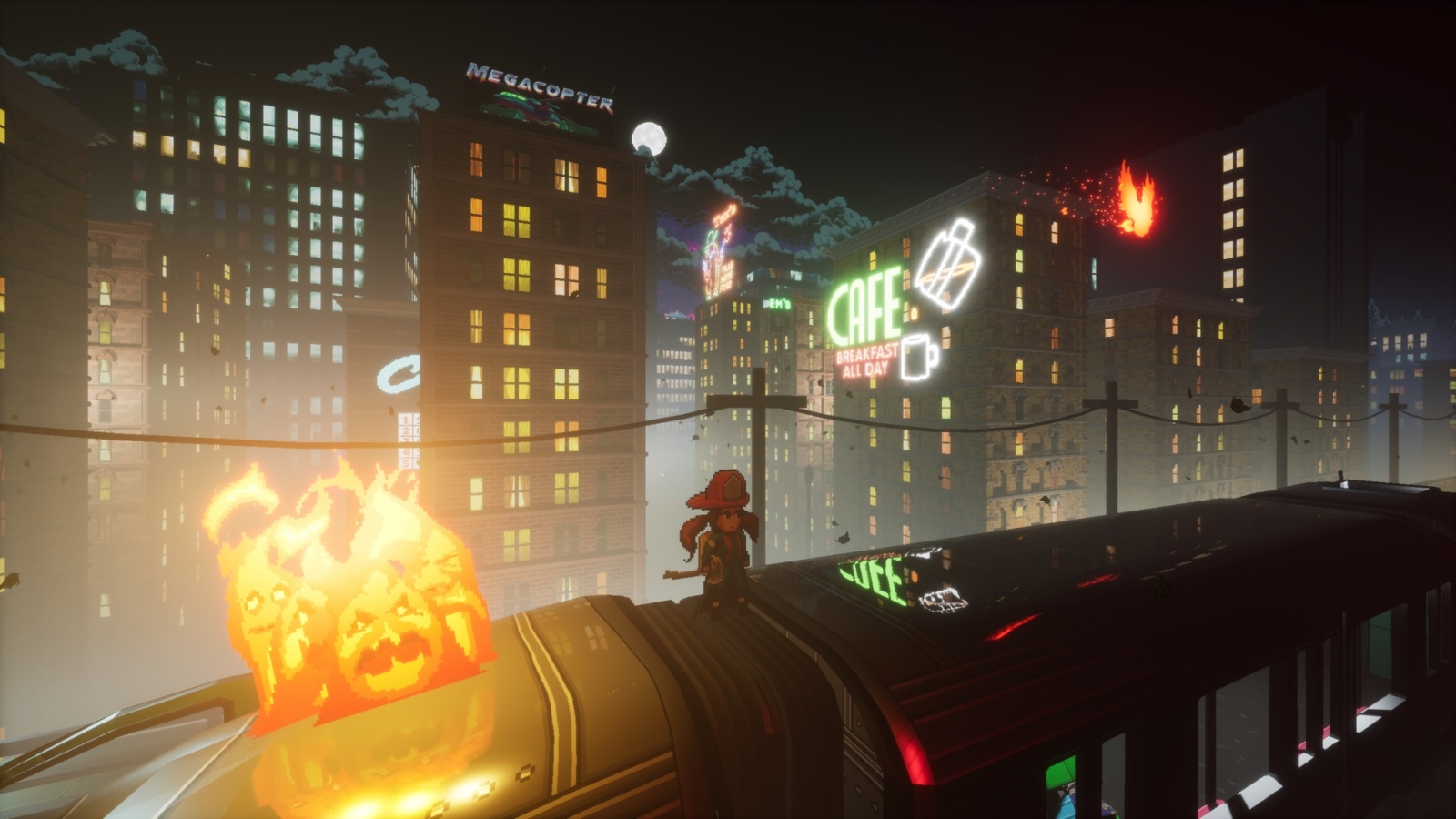 Firegirl: Hack ‘n Splash Rescue has you take on the role of a new female fire rescue officer breathing life into a rundown local fire station. Responding to procedurally generated blazes across the city, you are called into action to try and save all the civilians (and cats!) caught in the fires in a nail-baiting 3-minute time limit. Extra time can be earned by extinguishing dastardly pyro-monsters as you chop your way through obstacles and use your hose as an improvised jetpack to boost your jump and reach otherwise inaccessible places.

Blending beautiful retro-inspired pixel art with 3D visuals that draw on the power of modern machines, Firegirl will take you on a thrilling trip across a diverse array of (burning) locations, including dense forests, lavish hotels, high-speed trains and multi-storey apartment blocks. You’ll also get to hang out at the Firehouse between missions to upgrade equipment and hire new staff to better prepare yourself for the blazing challenges ahead. As if Firegirl hasn’t already got enough on her hotplate, there’s also the question of what’s behind the spate of fires ravaging the city. 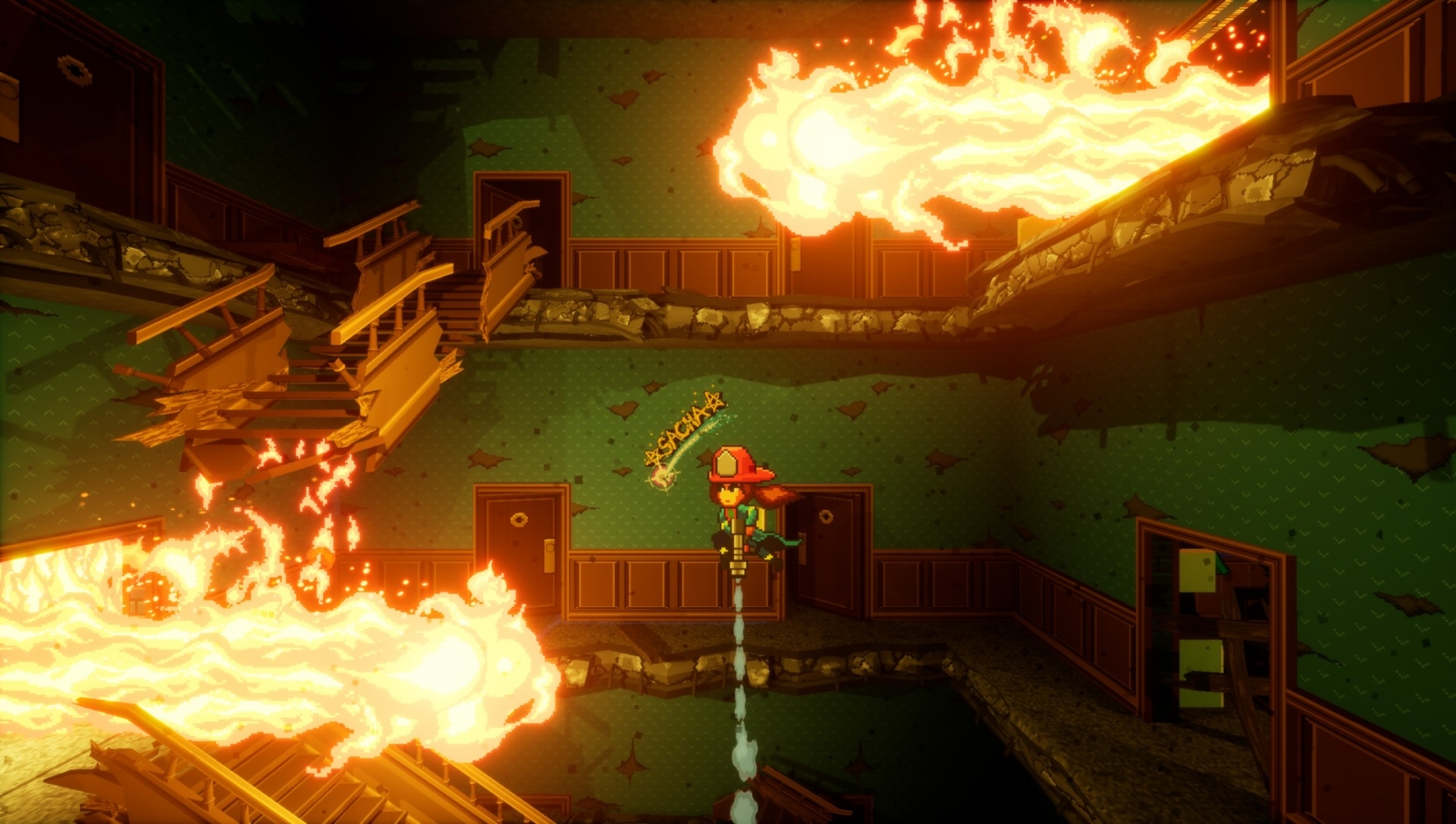 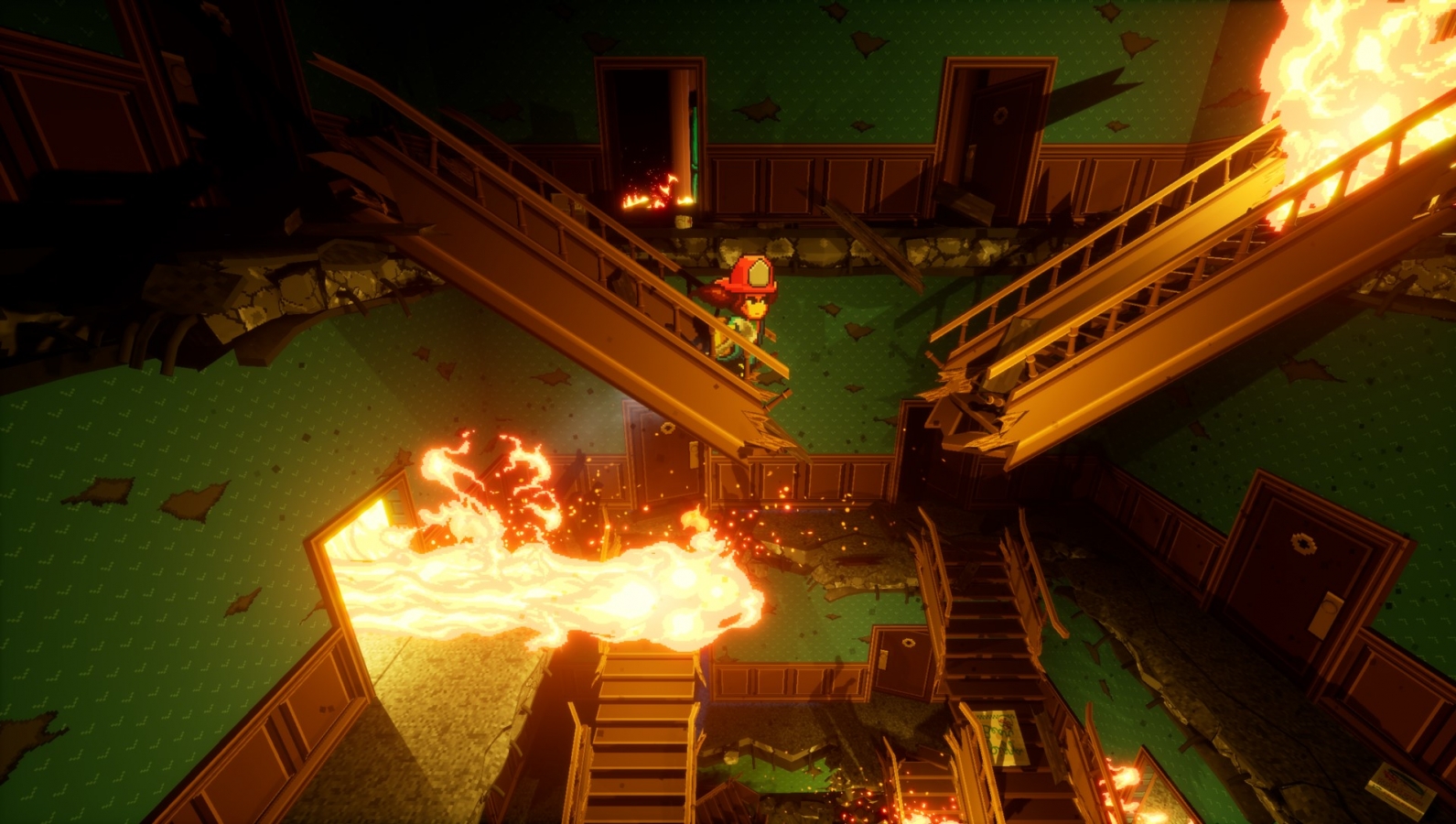 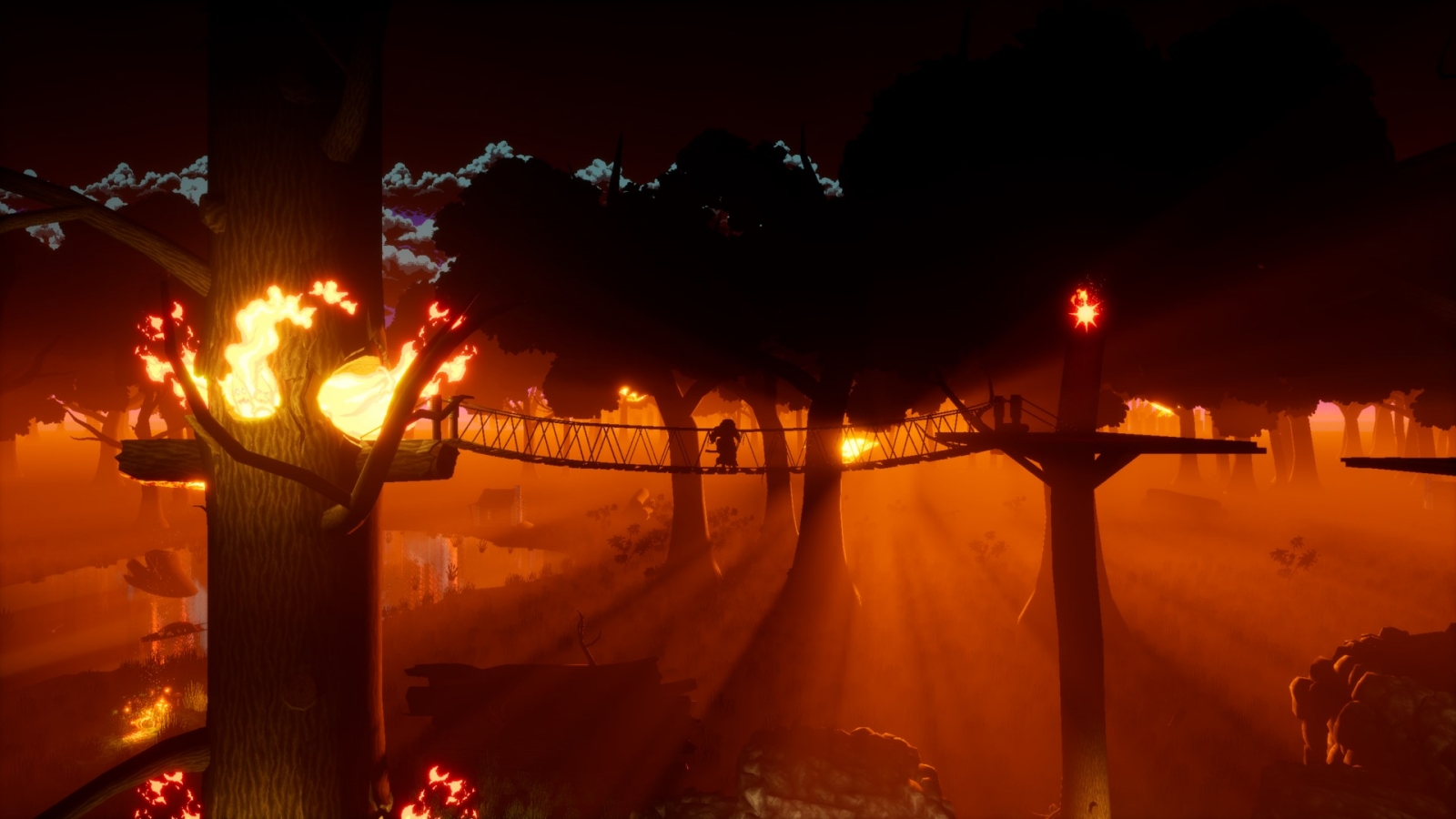 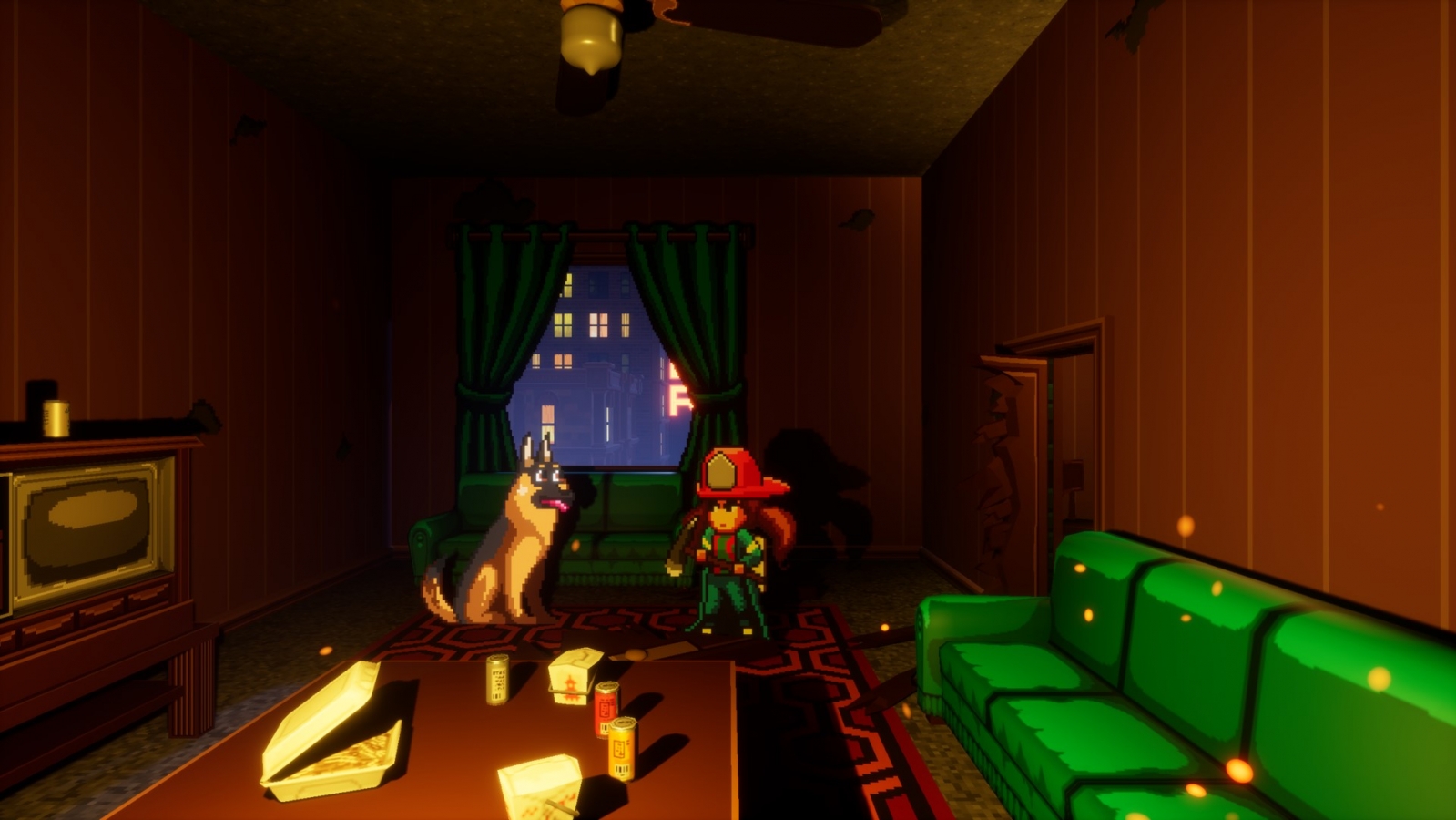 “I’m so excited for players to finally be able to get their hands on Firegirl: Hack ‘n Splash Rescue on December 14th,” said Julian Ribassin, founder of Dejima. “The response to the game has been incredible so far and I’m really looking forward to introducing even more players to Firegirl via the new demo that will be available as part of Steam’s Next Fest between October 1st – 7th.”

Stay tuned to Gaming Trend for more info on Firegirl: Hack ‘n Splash Rescue and for all your gaming, tech, and entertainment news!