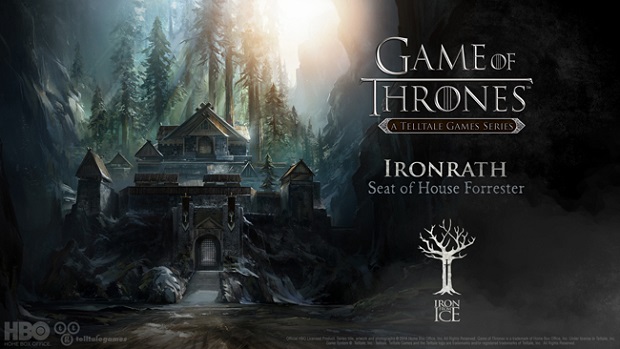 TellTale Games has revealed some concrete details on what players can expect from its Game of Thrones adaptation.

The game will take place after the events of the TV show of the same name’s third season and will end before the beginning of the fifth. The game will follow members of House Forrester who, while not having appeared in the Game of Thrones TV series, have appeared in the books they’re based on in A Dance with Dragons.

Players will play the game from the perspective of five different members of House Forrester when the game’s first episode launches on iOS, PC, PlayStation 4, PlayStation 3, Xbox One and Xbox 360. TellTale has confirmed that the first episode will still be launching in 2014 and that it will be the first of six total episodes.