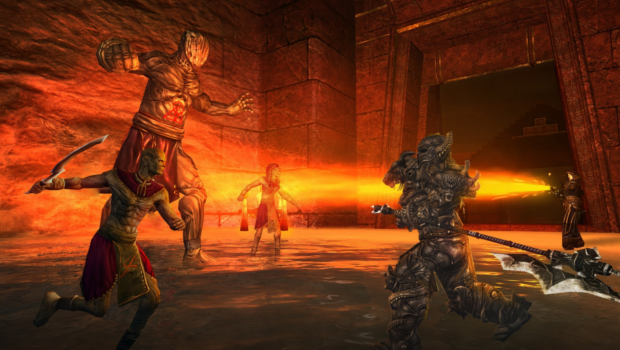 In a move that will surprise absolutely no one, Steam – having already conquered most of the digital download and related DLC distribution markets – is now mediating subscription services through it’s supremely popular platform. This means games which require monthly payments can now be paid via the Steam wallet – select games, anyway. And the first game to make use of this is Darkfall Unholy Wars, billed as a real-time, fast-paced PVP sandbox game in which players are “called to form clans and battle for dominance across the seamless, zoneless, uninstanced open fantasy world of Agon.” Honest to God, I hadn’t heard of it until the moment I saw the Steam release news… but that short description is awfully enticing. I do love me some sandboxes and PVP.

While Darkfall is eyecatching, the real focus here is the Steam service. Straight from Gabe Newell’s money machine itself:

Valve, creators of best-selling game franchises (such as Dota 2 and Half-Life) and leading technologies (such as Steam and Source,) today announced the addition of Subscription Plans to its offering of services.

Steam customers may now sign-up for, manage, cancel or renew game Subscription Plans at any time, online directly through Steam.

Convenient stuff. There’s a voice in the back of my head urging worry about the continued expansion of Steam across the global gaming marketscape. It’s being drowned out by the voice telling me that having all my games on a single service is incredibly convenient and I should welcome this. So hey – thank you, Valve!