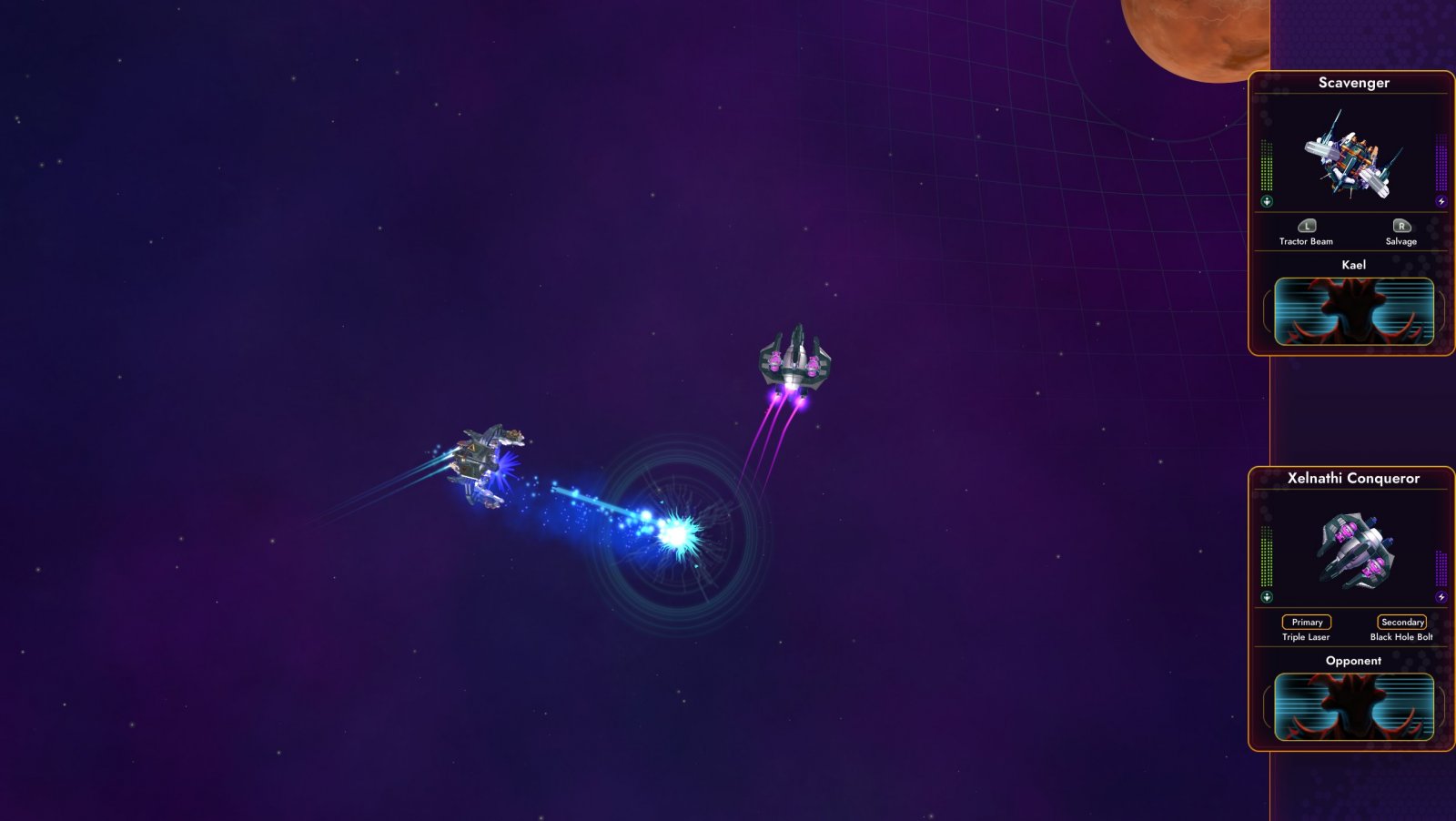 Today, Stardock announced the next batch of free DLC for their space adventure game, Star Control: Origins. This DLC will add a dozen new ships to pilot in the combat mini-game, Fleet Battles.

Star Control: Origins puts the player in command of Earth’s first interstellar ship on a mission to save the earth from impending destruction at the hands of a hostile alien empire. During the course of the game, players will encounter dozens of alien civilizations, explore hundreds of planets and attempt to find a way to prevent the malevolent Scryve Empire from finding and destroying Earth.

Star Control: Origins also includes a combat mini-game called Fleet Battles in which players assemble fleets of ships and take them into combat either against the computer or against other players online. The free Reinforcements DLC nearly doubles the number of ships available to choose from by default.

Three of the ships from this DLC pack are the Menkmack Opportunist, the Scavenger, and the Norast Diamond. These ships, along with several others will join the large casts of ships to choose from in the one-on-one Fleet Battles mode, which is a mini-game taken from the combat encounters of the main game.

The Reinforcements DLC will be available for Star Control: Origins for free on December 6th, 2018. For more information, visit the official blog post. Want to know our thoughts on the exciting space adventure title? Check out our review here.