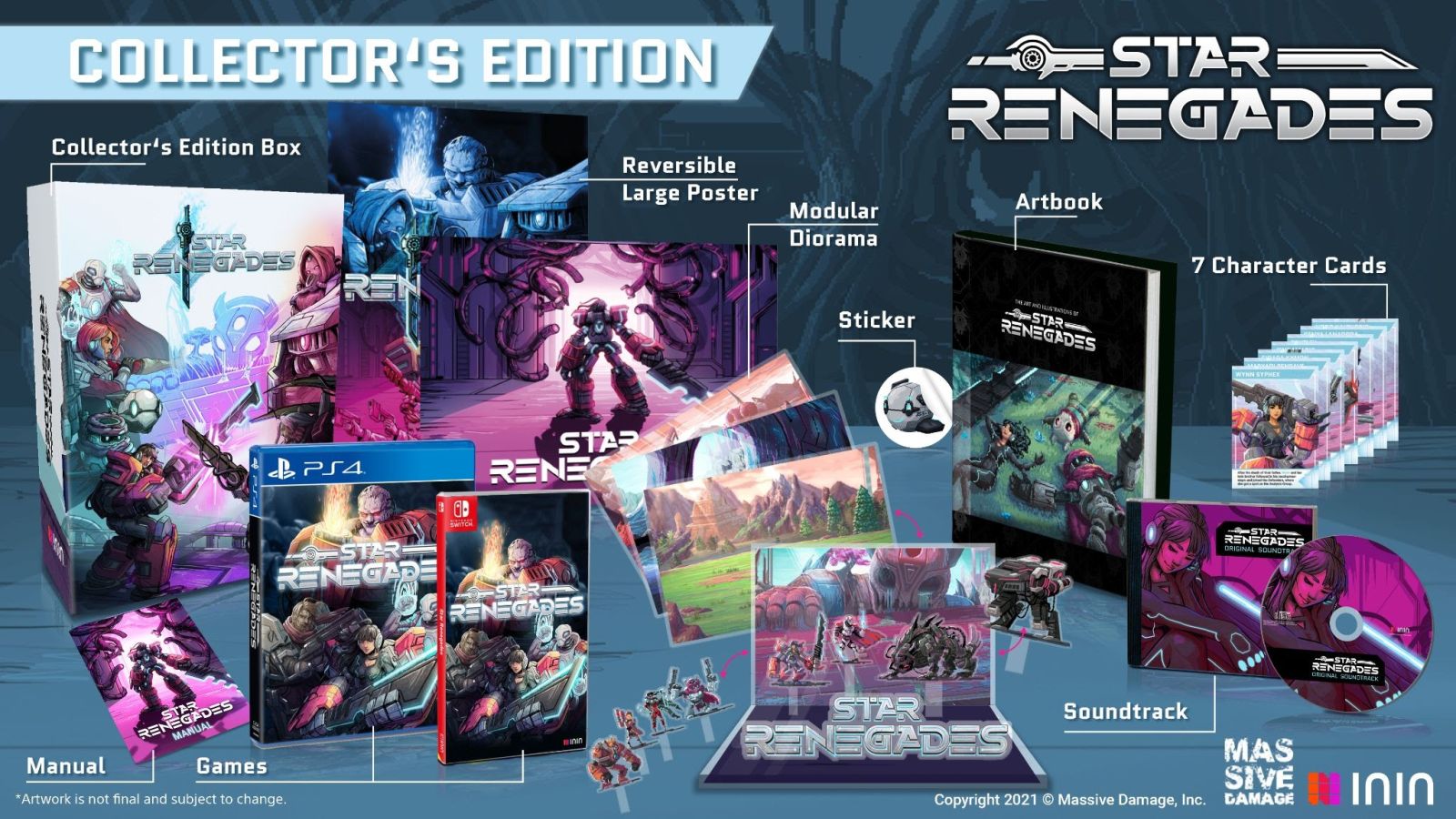 We absolutely loved Star Renegades when we checked it out on PC last year. Erica’s review cited it as a perfect hybrid of a tactical RPG and roguelite battling system, and I couldn’t agree more. If you’ve missed the boat on this one, here’s a snippet of what it’s all about:

Star Renegades puts the player right into an interplanetary rebellion against The Imperium determined to rule the galaxy. In this ongoing fight, a service robot, named J5T-1N came to warn the dimension of imminent extinction. The player leads a ragtag rebel squad that forms to fight against a powerful, evolving, merciless adversary.

The game comes with a fast-paced, tactical, turn-based, timeline battle system that offers a variety of options and strategies to bring the opponents to their knees! The more the game progresses, the stronger the squad becomes. Players can unlock, trade and upgrade the rebels with tons of weapons, loot, and gear. But defeating the enemies will not be a piece of cake! Strategy and experimentation are required to beat the opponents and save the universe!

These moments of success will reward the player, as well as the beautiful look of the game.
Star Renegades features a pretty pixel style, the journey through the planets and the varied, challenging battles are accompanied by superior sound design and an awesome synth-wave composition.

The Strictly Limited Games team is giving us another shot at this gorgeous game, only this time it’s a physical release with a whole bunch of exciting goodies. It’ll come in two flavors:

The real gem here, however is the Collector’s Edition. From soundtracks to a cool diorama, this will be a great showcase on any shelf. Here’s what’s inside:

With only a handful of copies worldwide, this is truly a limited edition. You’ll want to act fast because these will be gone in the blink of an eye.

Star Renegades is available for PC, PlayStation 4, Xbox One, and Nintendo Switch.