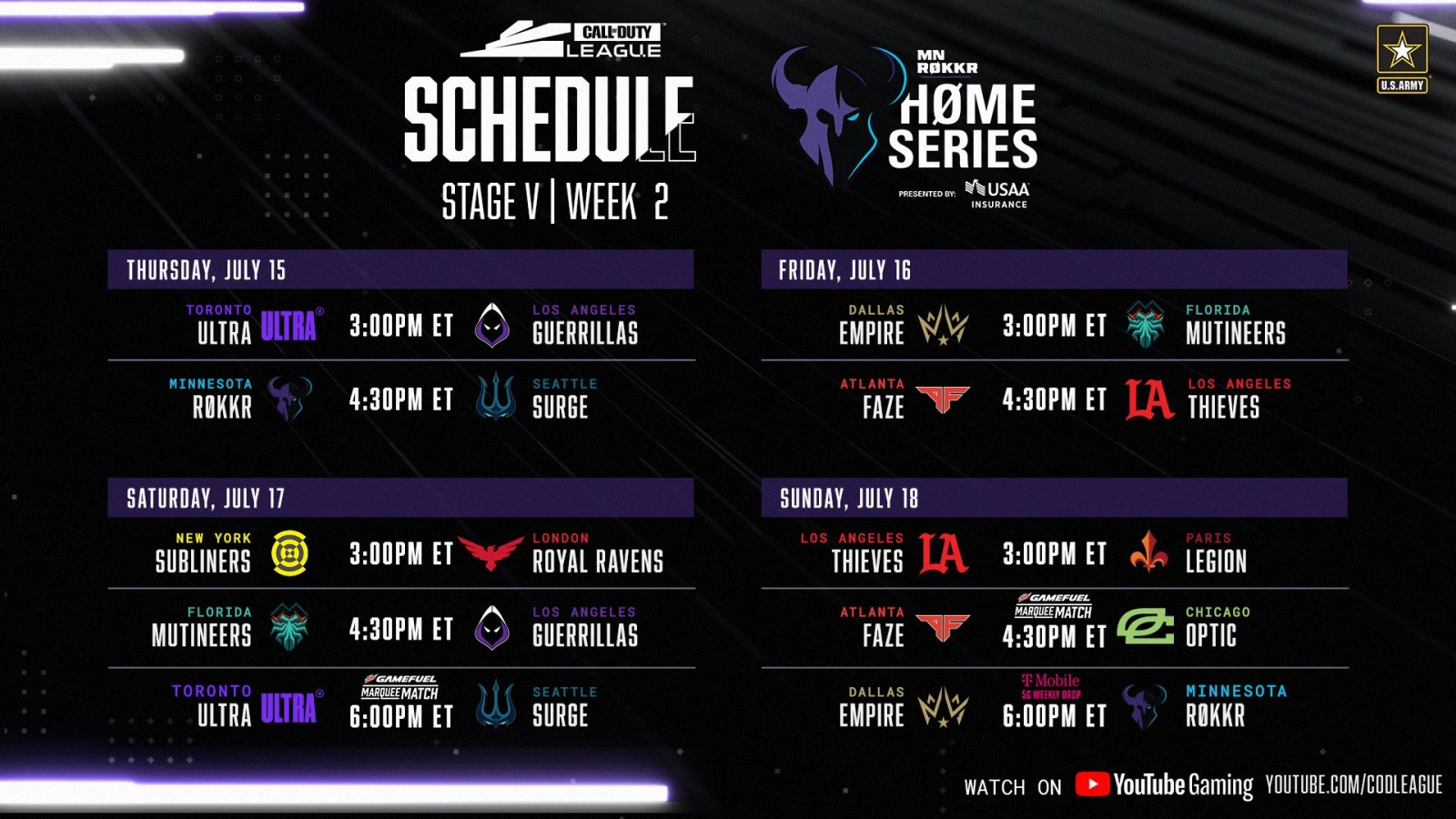 Grab your axes and get ready to pillage; The Minnesota Rokkr Home Series for the Call Of Duty League begins today! Hot off a pretty standard week one where most every team beat who they should have, we approach the middle of the final stage with very few questions. There are some teams that can gain some ground mind you, but a lot is largely set in stone before Champs. Speaking of Champs, while we did mention you can buy tickets for the final Major, fans will also be in attendance for Champs, which will take place in Los Angeles. For now though, we have another week of online Call of Duty action to follow, check out this weeks storylines, current standings, and the schedule with watchable links below. 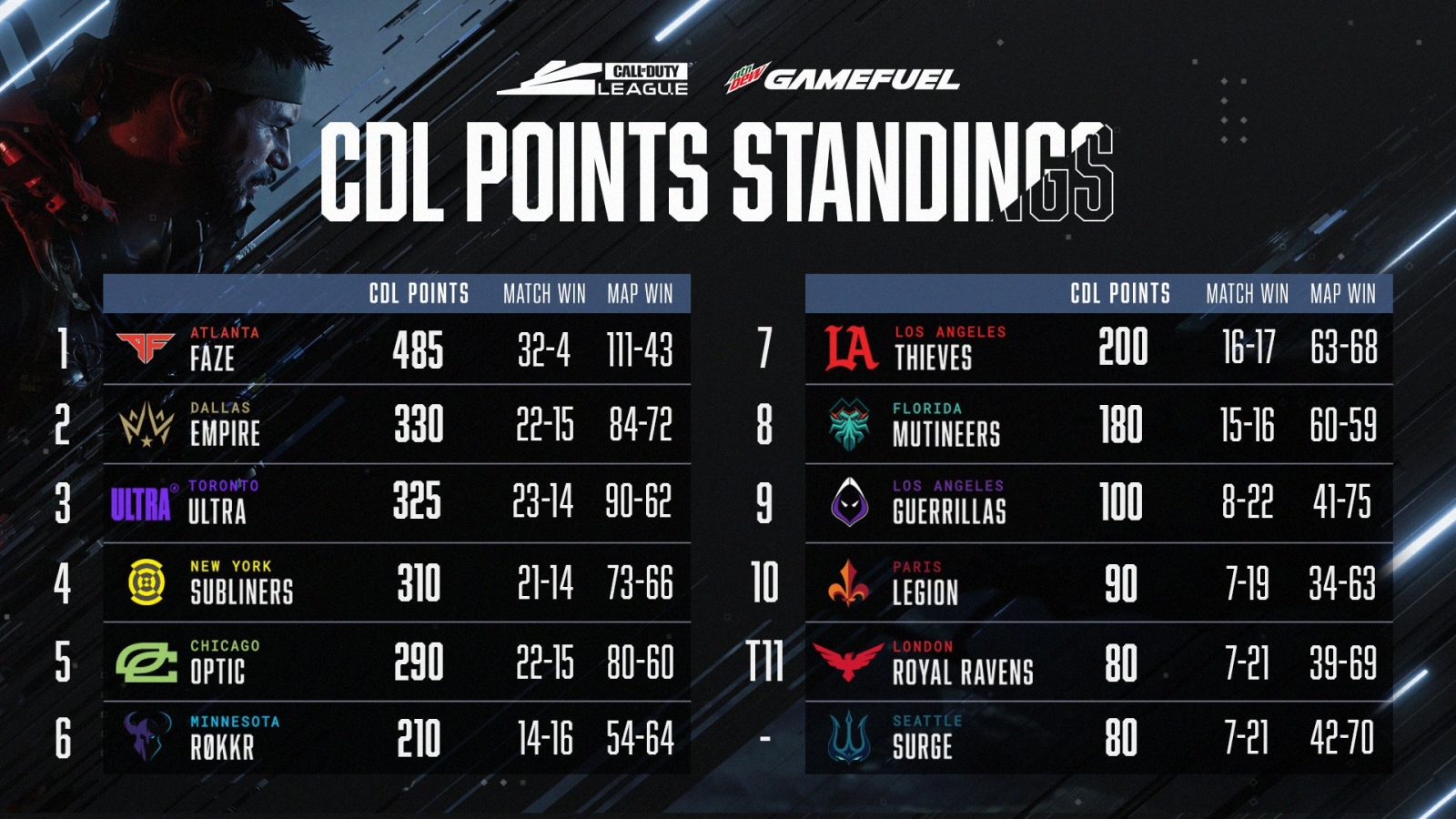 Here’s where you can watch this weeks matches-