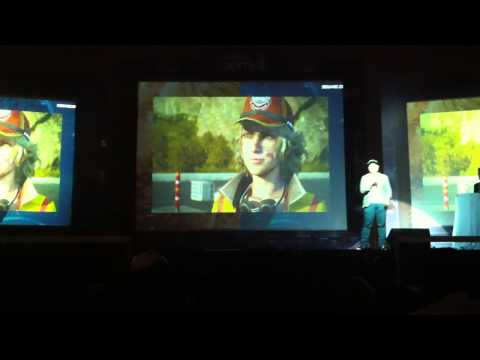 Square-Enix showcased some new art for Final Fantasy XV at Comic Fiesta 2014, where it held a panel called “The History and Future of Final Fantasy.”

The panel was recorded by YouTube user TRDP90 with DualShockers compiling screencaps of each of the pieces of art. The artwork shows the city of Lestallum, as well as concept pieces showing NPCs and their style of dress. Check out all the artwork at the bottom of this post.

Final Fantasy XV is coming to PlayStation 4 and Xbox One in 2015. While the game has been in development for quite some time, it still has a long way to go before it’s done. Recently, Square-Enix revealed the game would feature the series’ first female Cid.

A demo for the game will be available to those who purchase the first shipment of Final Fantasy Type-0, and it will have 3-4 hours of content.