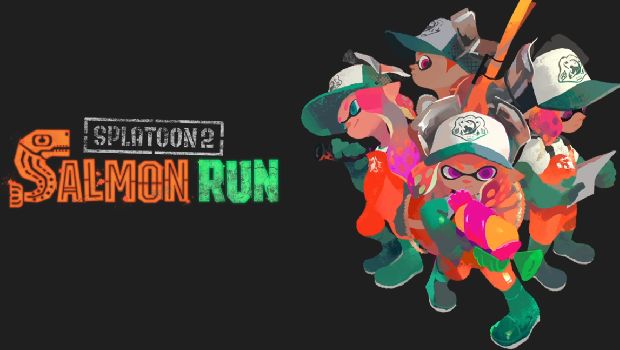 In Salmon Run, one team of four players works together to gather Power Eggs by hunting fish creatures called Salmonids, who appear to play an antagonist a role similar to that of the Octarians in the original Splatoon.

Unlike in Turf Wars, Inklings do not automatically respawn when splatted; this mode includes a survival element. If splatted, players can use something called a Lifesaver to call for help. By firing ink into the Lifesaver, remaining Inklings can revive their fallen teammates.

As in the original Splatoon game, players can earn special gear by using the Amiibo figures. Previously released
Splatoon Amiibo figures will also be compatible with Splatoon 2. This time, however, players can change the in-game appearance of the Amiibo characters, interact with them, and post screenshots online via the Nintendo Switch album.