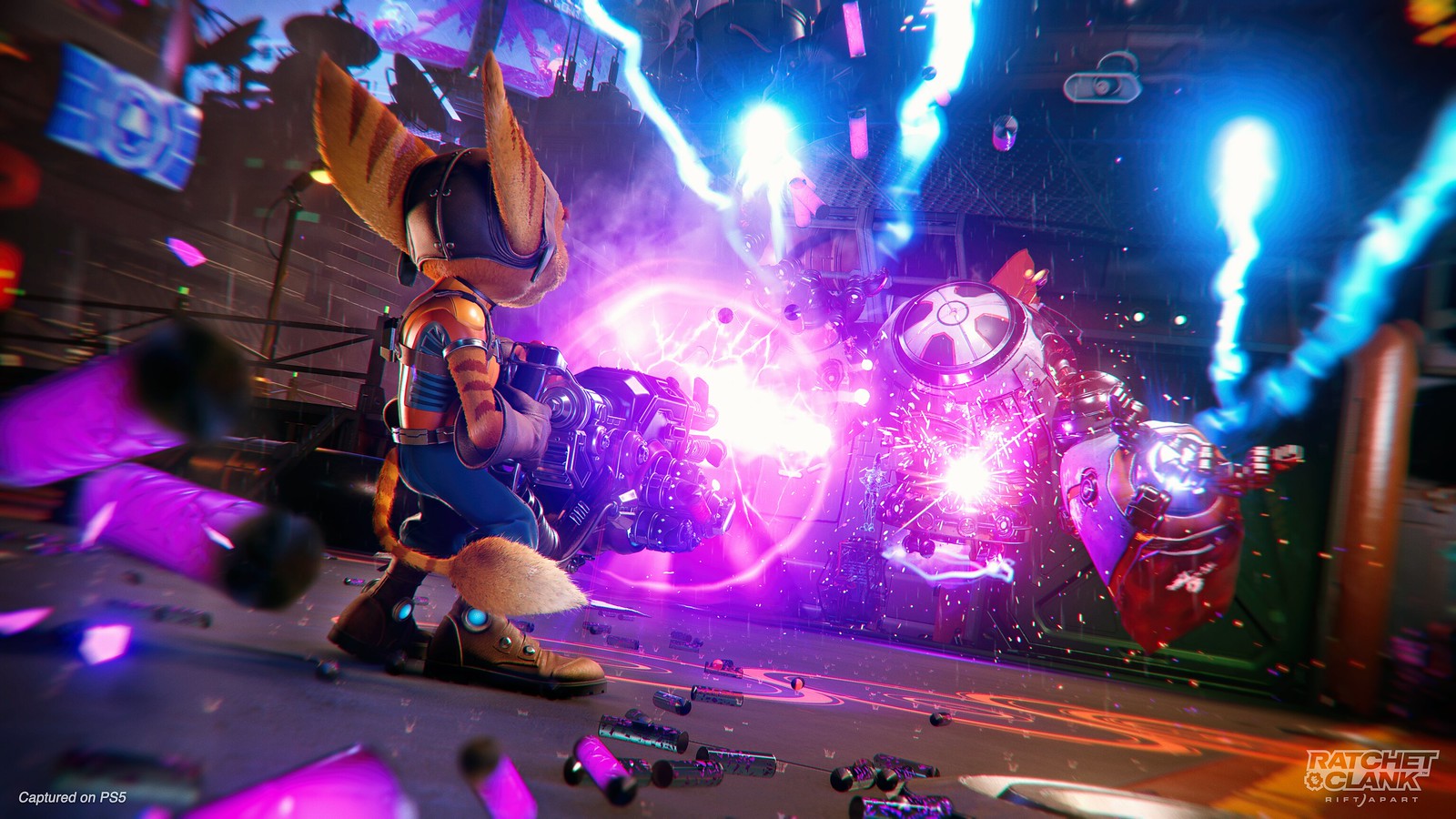 If you can believe it June is right around the corner, and both E3 and Ratchet & Clank: Rift Apart are scant weeks away. It seems like Sony just remembered it too, with Rift Apart finally getting a featured State of Play at the very end of April. Everything certainly seems to be ramping up for the franchise, with it going gold last week and today with a new trailer showing off some new weapons. I’m really excited to get these in my hands to try, but until then watch the trailer below with us, along with a little word from Aaron Jason Espinoza from Insomniac Games-

Hey there, creatures of destruction! I’m delighted to point out that in less than a month, you’ll be able to play Ratchet & Clank: Rift Apart on the PlayStation 5 console. To celebrate the occasion, the highly mischievous member of the Zurkons has appointed himself as the MC of our new episodic info bash showing you what’s in store when the game launches on June 11.

True to the Zurkon name, Jr. is leading off our celebratory blowout with a literal bang by discussing his favorite topic: weapons and traversal! As you’ve come to expect from the franchise, Ratchet & Clank: Rift Apart features our signature roster of powerful weapons, including classics like the cutting-edge Buzz Blades, to new destructive tools such as the Blackhole Storm and Negatron Collider. We’re also amping up immersion by using the unique features of the DualSense wireless controller: pull the adaptive triggers all or halfway for specific weapons to unleash alternating shots of devastation, feel the force behind every blast through the controller’s haptic feedback, and hear the clicks and ticks of your weapons via the built-in speakers.

In addition to Ratchet & Clank: Rift Apart’s staggering arsenal of weapons, we’ve also given Ratchet — and by extension Rivet, some new moves to use in and out of combat. Use the Rift Tether to transport yourself across battlefields, or activate the Phantom Dash to safely dodge and phase through incoming enemy attacks. But rather than me telling you what’s to come, I’ll let Jr. show you in our weapons-focused episode of Zurkon Jr.’s Almost Launch Party.

Ratchet & Clank: Rift Apart will be here before you know it on June 11th, 2021 exclusively on the PlayStation 5. If you are as excited as I am and need to get that sweet pre-order started, here’s where you can do that. Stay tuned to Gaming Trend for more Ratchet & Clank news, previews, impressions, videos, and reviews!