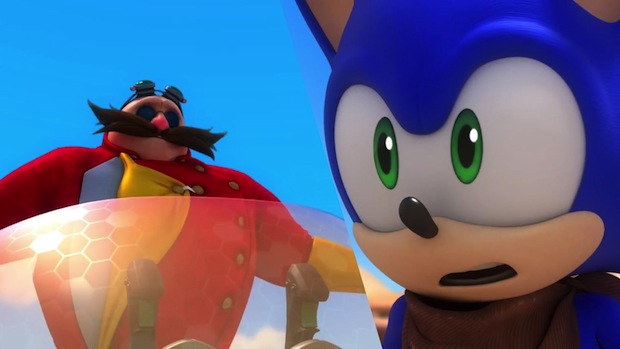 Sega has confirmed when the Sonic Boom TV series will air on Cartoon Network.

Sonic Boom will premiere on November 8th, but no time slot was given.

The Sonic Boom TV show is part of a new initiative in the Sonic the Hedgehog series that also includes a toy line and two games on the 3DS and Wii U. You can get a behind-the-scenes look at the series here.

Both Wii U’s Rise of Lyric and 3DS’ Shattered Crystal will be coming on November 11th after the Wii U game was pushed forward a week from its original release date.

For more on Sonic Boom, check out our preview of both games from E3.